Every human's immune system responds to a virus differently. The most recent example of this variation has been seen during the COVID-19 pandemic; while some infected patients present as asymptomatic, others develop severe forms of the disease. But why does this variation occur?

Scientists are working to uncover the molecular mechanisms that underpin differences in our immune response. In research focusing specifically on SARS-CoV-2, evidence has emerged that suggests genetic traits, inherited from our ancestors, could offer protection or increase disease susceptibility. 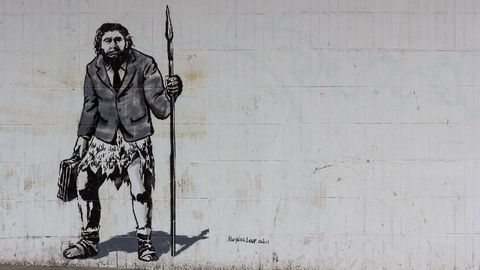 END_OF_DOCUMENT_TOKEN_TO_BE_REPLACED

A new body of work by researchers at the University of Chicago has focused on quantifying variations in the human immune response to influenza infection, using a method known as single-cell RNA sequencing (scRNA-seq). This is a form of next-generation sequencing that is used to profile gene expression at the individual cell level. It can be utilized to explore changes in gene expression under certain conditions, such as before and after cells are infected by a pathogen.

The researchers have applied scRNA-seq to blood samples derived from individuals with both European and African ancestry. In a laboratory environment, the cells were infected with influenza A virus, and sequenced. The results, published in Science, show that there is a significant amount of variation in gene expression levels between individuals of European and African ancestry.

Technology Networks spoke with Dr. Luis Barreiro, principal investigator of the Barreiro lab at the University of Chicago and corresponding author of the study, to learn more about the rationale behind the research and the key findings. Barreiro also discussed the potential clinical implications of the research results, and the team's next steps in this field of work.

Molly Campbell (MC): For our readers that may be unfamiliar, can you explain why viruses are amongst the strongest sources of selection pressure in human evolution?

Luis Barreiro (LB): Viruses are known to evolve very rapidly in response to the immune defences mounted by the host. Each time a new virus emerges, or finds ways to escape our immune system, our immune system has to adapt to those changes. This leads to a constant process of adaptation and counter-adaptation over evolutionary time.

LB: Because our ability to travel long distances in the past was much reduced as compared to what is possible now. In current societies, a new pandemic pathogen can spread throughout the globe in a matter of days, just by air travel (as is what happened with SARS-CoV-2).

MC: What was the rationale behind your study?

LB: We know that viruses have been a very strong source of selection pressure on the human genome. Thus, we hypothesized that variation in viral-mediated selection pressures between different human populations may have driven divergence of immune responses among modern-day human populations. Supporting that view, we know that the incidence and severity of several infectious diseases varies significantly across ancestry groups. We designed a study that would allow us to formally compare the immune response to a viral infection across individuals with different degrees of European and African ancestry.

MC: To quantify variation in the response to influenza, your team adopted scRNA-seq of blood cells infected with influenza A. First, can you discuss why you used scRNA-seq, and second, can you please discuss the sample in further detail?

LB: We used scRNA-seq as a means to study how specific immune cell types within the mixed pool of immune cells respond to the virus. In contrast to bulk (traditional) RNA-seq, scRNA-seq allows us to evaluate how individual cells are transcriptionally altered in response to the virus, without having to sort the cells. This preserves the critical interactions observed in vivo between the many different cell types involved in an efficient immune response to influenza A.

MC: What were your overall findings?

LB: We found thousands of genes for which gene expression levels in response to influenza A infection varied significantly between individuals of European and African ancestry, suggesting that ancestry effects are pervasive. The most striking ancestry-linked differences were observed for the type I interferon response. Specifically, we found that individuals with a higher proportion of European ancestry showed an increase in type I interferon pathway activity during early influenza infection. This increased pathway activation was correlated with a greater capacity to limit viral replication at a later time point, suggesting that the differences observed may have a direct impact on the body’s ability to control the virus. Finally, our results show that genes differentially expressed by genetic ancestry are enriched among genes associated with COVID-19 disease severity. Thus, our findings suggest that immune response variation may therefore interact with, or exacerbate, environmentally driven health disparities in viral susceptibility and morbidity, which occur for both influenza and COVID-19.

MC: The study identified an outlier to the pattern of genetic ancestry's effect on immune response being cell-type specific. This was in the interferon (IFN) response. Can you discuss the clinical implications of this finding?

LB: Interferons are proteins that are critical in the defence against viruses. In a response to a viral infection, interferons are quickly secreted, and they activate a host of different antiviral defences that ultimately interfere with viral replication. Thus, given the central role played by interferons in conferring antiviral activity to host cells, our findings have potential clinical implications not only for influenza infection, but also for other viruses. This includes SARS-CoV-2, for which the timing and magnitude of IFN-mediated antiviral responses are associated with disease progression and severity.

MC: Are there any limitations to this work that you wish to highlight?

LB: There are two main limitations to our study. First, it is based on in vitro models of infection, and therefore future studies are needed to evaluate if the identified ancestry-linked effects on innate immunity ultimately impact viral clearance and disease severity over the course of viral infections in vivo.

Second, although we observed many genes for which gene expression levels correlate with genetic ancestry, these results are not evidence for genetic differences in disease susceptibility. Genetic ancestry also correlates with environmental differences. A lot of what we’re capturing is likely to be the result of other disparities in our society, such as systemic racism and healthcare inequities. Although some of the differences we show in the paper can be linked to specific genetic variation – showing that genetics does play an important role – these genetic differences are not enough to fully explain all the differences that we observed, notably with respect to the interferon response.

LB: We are currently expanding this line of research to study ancestry differences in immune responses among COVID-19 patients. We are also expanding our study to a broader arrays of ancestry groups.