A comprehensive analysis of the molecular characteristics of gliomas—the most common malignant brain tumor—explains why some patients diagnosed with slow-growing (low-grade) tumors quickly succumb to the disease while others with more aggressive (high-grade) tumors survive for many years. The multinational study suggests a new way of classifying gliomas that may have a significant impact on patient management and may lead to the development of more targeted therapies.

Currently, pathologists determine if a glioma is low-grade or high-grade based on the tumor tissue’s appearance under the microscope. 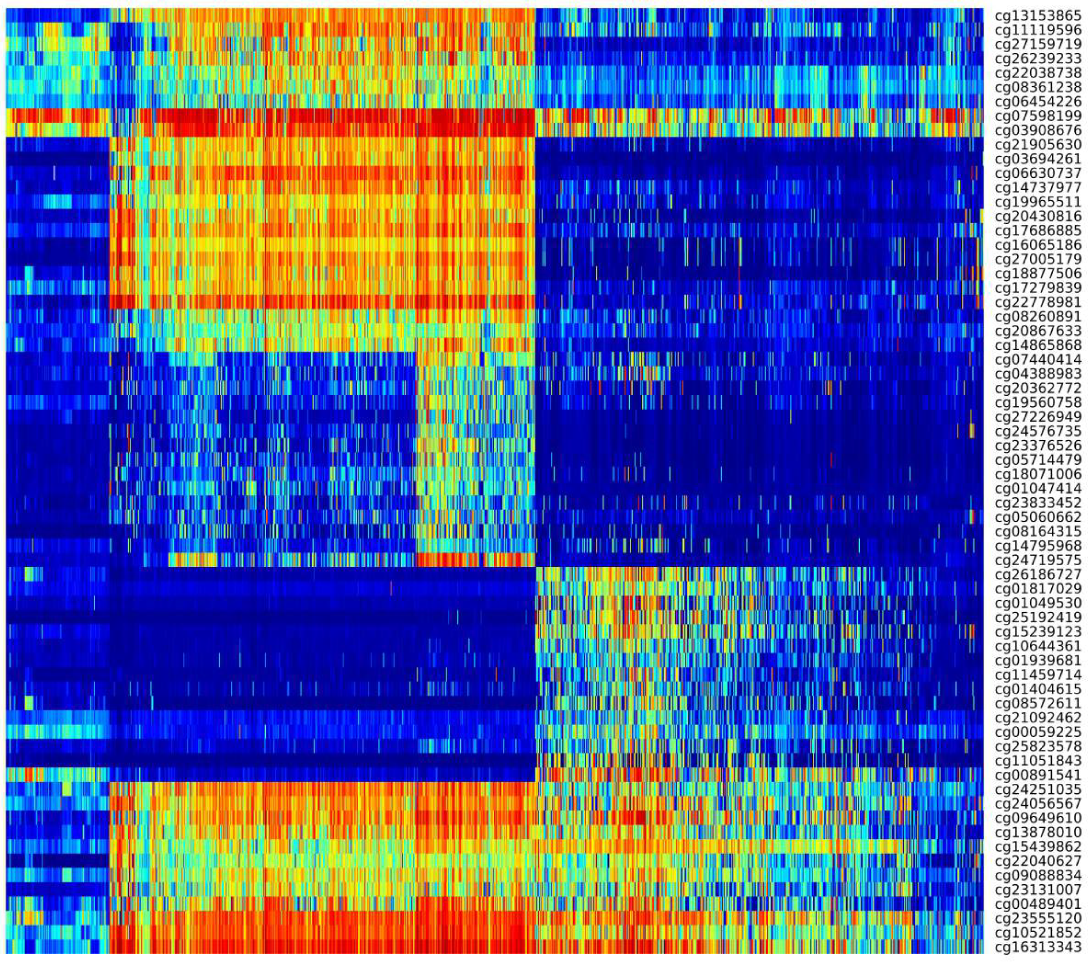 “While this approach is generally good at distinguishing between gliomas that are clearly very aggressive and those that are relatively slow-growing, it misses the mark in a significant percentage of cases, leading to inappropriate treatment,” said co-senior author Antonio Iavarone, MD, professor of neurology and pathology and cell biology (in the Institute for Cancer Genetics) at CUMC and a member of the Herbert Irving Comprehensive Cancer Center (HICCC) at NewYork-Presbyterian /Columbia University Medical Center. “Instead, by looking at the molecular makeup of these tumors, we now have a much more precise way of predicting which tumors are more likely to grow rapidly and can prescribe treatments accordingly.”

Other researchers have attempted to classify gliomas according to their genetic characteristics. One study found that tumors with mutations in a gene called IDH were significantly less aggressive than those without the mutation, known as IDHwildtype tumors. However, these findings did not fully explain why some patients with IDHmutant tumors fare worse than expected and some with IDHwildtype tumors fare better than expected. Other studies suggested that a glioma’s level of DNA methylation, an epigenetic process that cells use to control gene expression, might explain a tumor’s aggressiveness, but the evidence was inconclusive.

In this study, Dr. Iavarone and his colleagues analyzed 1,122 high and low grade glioma samples from the Cancer Genome Atlas, looking for epigenetic changes in the tumors’ DNA. The researchers found that the best predictor of progression in an IDHmutant glioma—the less-aggressive variety—is its level of DNA methylation. Among IDHmutant gliomas, those with a high degree of DNA methylation progressed more slowly. However, tumors with less DNA methylation, about 6 percent of the total, progressed very quickly.

“Based on their appearance under the microscope, these aggressive tumors looked very much like the other IDHmutant tumors,” said Dr. Iavarone. “But from a disease prognosis standpoint, they progressed quite similarly to the more lethal subset of IDHwildtype gliomas,” said Dr. Iavarone.

Among those with IDHwildtype gliomas—the most aggressive type—a small subset (about 6 percent) had relatively favorable clinical outcomes. The molecular characteristics of this group were similar to those of pilocytic astrocytomas, a childhood brain tumor with a relatively favorable survival rate.

“The present study advances the understanding of the glioma division by correlating each subtype of DNA methylation with a distinct clinical outcome,” said co-senior author Houtan Noushmehr, PhD, professor of epigenomics and bioinformatics at University of São Paulo and director of the OMICs and Bioinformatics lab at FMRP at Ribeirão Preto, São Paulo. “We discovered low grade and high grade gliomas mixed together within these different epigenetic subtypes. This was an unexpected finding and allowed us to further understand the progression of gliomas within the different subtypes,” said Dr. Noushmehr.

“This research has expanded our knowledge of the glioma somatic alteration landscape and emphasized the relevance of DNA methylation profiles as a method for clinical classification,” said senior co-author Roel Verhaak, PhD, associate professor of bioinformatics and computational biology MD Anderson. “These findings are an important step forward in our understanding of glioma as discrete disease subsets, and the mechanism driving glioma formation and progression.”

“This study, which focused on tumor classification, does not point to specific therapies for glioma,” said Dr. Iavarone. “But our findings will help clinicians identify subsets of patients with IDHmutant tumors who need to be treated more aggressively and those with IDHwildtype tumors who can be spared aggressive treatment.”