Molly Campbell is a senior science writer at Technology Networks. She holds a first-class honors degree in neuroscience. In 2021 Molly was shortlisted for the Women in Journalism Georgina Henry Award.
Learn about our editorial policies
This is an image of neurons (red) that were converted from glial cells using a new NeuroD1-based gene therapy in a stroke-injured mouse brain. Credit: Penn State.
Read time:

In a mouse model of stroke, researchers successfully pioneer a new gene therapy developed to turn glial cells into neurons.

When a stroke occurs, the blood supply to parts of the brain is either interrupted, reduced or stopped, depriving the brain of the oxygen and essential nutrients it requires to function. Consequently, brain cells begin to die. In this situation, medical professionals are faced with a very narrow time frame to treat a patient – the longer the blood supply is disrupted, the greater the physiological damage incurred by the brain.

Strokes vary in severity – whilst a mini stroke may be endured with minimal damage incurred, a moderate or severe stroke can result in the detrimental loss of billions of neurons. Each year, approximately 140,000 Americans die from a stroke, accounting for one in every 20 deaths.

"Many patients cannot receive treatment in time and as a result, often suffer from permanent disability caused by irreversible neuronal loss. There is an urgent need to develop a new therapy to regenerate new neurons and restore lost brain functions among stroke patients," says Yuchen Chen, a postdoctoral fellow at Penn State. Chen is the lead author of a new study published in Molecular Therapy,1 which details how Chen and colleagues from Penn State pioneered a novel strategy for renewing neurons using glial cells

Glial cells are non-neuronal cells that provide essential support to neurons in the brain. Different types of glial cells exist in the two subdivisions of the nervous system:

In the peripheral nervous system, glial cells are subdivided into satellite cells and Schwann cells. 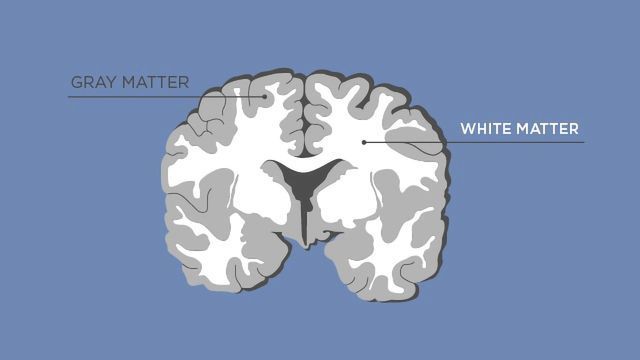 END_OF_DOCUMENT_TOKEN_TO_BE_REPLACED

Want to learn more about the different cell types in the brain? Check out our article, Gray Matter vs White Matter.

Glial cells are different to neurons in that research suggests they retain the ability to divide and regenerate themselves even in adulthood. The precise mechanism and time-frame for this, however, is under debate. Glial cells are therefore an attractive research avenue for regenerating functional cells that are lost after a brain injury such as stroke.

"The critical question that is still unanswered in the neuroregeneration field is how can we regenerate billions of new neurons in a patient's brain after stroke?" says Gong Chen, professor of biology and Verne M. Willaman Chair in Life Sciences at Penn State and leader of the research team. "The biggest obstacle for brain repair is that neurons cannot regenerate themselves. Many clinical trials for stroke have failed over the past several decades, largely because none of them can regenerate enough new neurons to replenish the lost neurons."

In a previous study, Gong Chen and his team had reported the potential of a genetic neural factor known as NeuroD1 to directly convert glial cells into functional neurons. The study, conducted in a mouse model of Alzheimer's disease, was limited by the disappointing total number of neurons generated. The researchers attributed this limitation to the retroviral delivery system used to insert NeuroD1 into the mouse brains. Building and improving on this work in their latest study, they opted to use an adeno-associated viral system (AAV) as an alternative.

Recently, there has been a surge in the use of the AAV system for gene delivery, and it is now deemed the "first choice" approach for gene therapy in the nervous system. It is an appealing option for scientists to use due to its high infection rate and low pathogenicity in humans.2

In their latest study, Gong Chen and colleagues established an ischemic mouse model and utilized an AAV-based gene therapy approach to deliver NeuroD1 into the motor cortex. After stroke, glial cells can proliferate and form a glial scar in the areas where the stroke occurred. The AAV system was designed by the scientists to express NeuroD1 preferentially in the glial cells that form the scars, converting them to neuronal cells.

Using this method, the researchers successfully mediated in situ astrocyte-to-neuron (AtN) conversion, confirmed by an array of analytical methods. RNA-sequencing and immunostaining revealed neuronal recovery at both the mRNA level and protein level. In control groups, GFP-infected cells were mostly astrocytes, whereas NeuroD1-infected cells were mostly NeuN-positive neurons. The researchers also found that in NeuroD1-converted areas, the astrocytes intermingled with the NeuroD1-GFP labeled neurons, which indicates that astrocytes were not depleted after the AtN conversion.

Electrophysiological recordings of brain slices revealed that the AtN cells demonstrated robust action potentials and responses at the synaptic level two months post-NeuroD1 expression. Furthermore, anterograde and retrograde tracings illustrated long-range axonal projections from the AtN cells to their target regions. But would this translate to functional recovery?

Indeed so. In a separate collaborative project conducted by Gregory Quirk, professor at the University of Puerto Rico, behavioral analysis of a rat model post NeuroD1-based gene therapy demonstrated a significant improvement in motor and cognitive functions after cell conversion.

Collectively, these results illustrate that in vivo cell conversation through NeuroD1-based gene therapy regenerated a large number of functional new neurons. "The most exciting finding of this study is to see the newly converted neurons being fully functional in firing repetitive action potentials and forming synaptic networks with other pre-existing neurons," said Gong Chen. "They also send out long-range axonal projections to the right targets and facilitate motor functional recovery."

Glial cells – a fountain of youth

Gong Chen and team are now looking to further test the technology with the hopes that they can translate it into a clinically effective therapy for stroke patients worldwide. As cell and gene therapies are still in their infancy, it may be a while before we see this treatment approach applied in humans. Nonetheless, the results of this study leave the scientists hopeful: "Because glial cells are everywhere in the brain and can divide to regenerate themselves, our study provides the proof-of-concept that glial cells in the brain can be tapped as a fountain of youth to regenerate functional new neurons for brain repair not only for stroke but also for many other neurological disorders that result in neuronal loss," concludes Yuchen Chen.