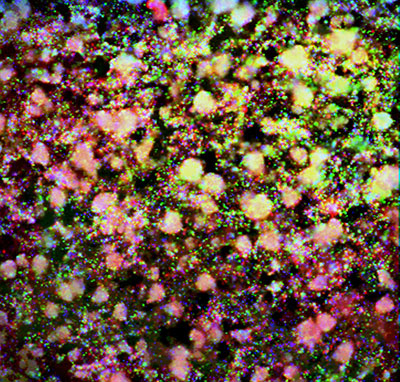 The Wyss Institute for Biologically Inspired Engineering at Harvard University announced that its FISSEQ (fluorescent in situ sequencing) technology will be commercialized by a newly formed company, ReadCoor, Inc.

FISSEQ is a spatial gene sequencing technology that simultaneously reads the sequences of thousands of RNAs — the working copies of genes — and visualizes their three-dimensional coordinates within whole cells and tissues, a capability that stands to revolutionize clinical diagnostics and drug discovery. ReadCoor has entered into a worldwide licensing agreement with Harvard's Office of Technology Development, securing the exclusive right to market FISSEQ technology.

"FISSEQ reveals the dimensional context of molecular interactions inside cells and tissues underpinning both healthy tissue development and the changes that bring about disease," said ReadCoor’s CEO Shawn Marcell, who until now has been a member of the team translating FISSEQ as an Entrepreneur-In-Residence at the Wyss Institute. "Several Wyss partners in both academia and industry are already advancing their research using FISSEQ, and with the launch of ReadCoor we are excited to expand toward an even broader range of applications."

Invented by a team headed by Wyss Core Faculty member and ReadCoor co-founder George Church, FISSEQ is currently in use by a Wyss-led consortium mapping neuronal connectomics to discover the brain’s learning patterns and synaptic design, toward the goal of advancing neural-derived machine learning algorithms. The project is funded by IARPA (Intelligence Advanced Research Projects Activity).

"FISSEQ is the next step in the evolution of sequencing technology — arising from 17 years of progress since the dawn of next-generation sequencing," said Church, who is also Professor of Genetics at Harvard Medical School (HMS), Professor of Health Sciences and Technology at MIT, and Senior Associate Faculty member at the Broad Institute of Harvard and MIT. "We are opening the door to a truly 'pan-omic' view of all biological molecules and interactions within cells and tissues, powering numerous research discoveries and clinical applications."

FISSEQ’s comprehensive view of gene expression within cells and tissues affords insights into biological complexity that, until now, have not been possible. Currently available sequencing technologies can only provide sequencing information, not spatial information. FISSEQ provides both, representing the first true merging of imaging and sequencing.

"Locating the products of genes is everything," said Richard Terry, Lead Senior Scientist at the Wyss Institute. "By offering FISSEQ systems, spatial sequencing services, and diagnostics to our customers, ReadCoor will give neurologists, cancer researchers, clinicians, geneticists, and others the 3D coordinates of working genes that will inform their work in new ways." Terry, who founded ReadCoor with Church, will be moving to the company as its President and Chief Technology Officer.

FISSEQ is designed to analyze diverse tissue types and has already been evaluated in many different kinds of cell and tissue samples. To date, the technology has demonstrated its utility for an extensive set of applications, especially oncology. Recent data from a breast cancer study conducted using FISSEQ has revealed groundbreaking new information about tumor development, with the results of the study slated to publish next year.

FISSEQ is also poised to add value to pharmaceutical development by aiding pathway analysis and identification, including evaluation and validation of new drug targets. In basic research, it will accelerate our understanding of brain diseases and central nervous system/neurological disorders. Additional potential applications include pathogen identification and disease diagnosis, among others.

"It’s tremendously rewarding to see that FISSEQ, a technology invented and primed for commercialization at the Wyss Institute, is now ready to spring into the real world where it can have an enormous impact on human lives by advancing understanding of disease mechanisms and enabling development of new diagnostics and therapeutics," said Wyss Institute Founding Director Donald Ingber, M.D., Ph.D., who is also the Judah Folkman Professor of Vascular Biology at HMS and the Vascular Biology Program at Boston Children’s Hospital, and Professor of Bioengineering at the Harvard John A. Paulson School of Engineering and Applied Sciences.