Research led by scientists from Duke-NUS Graduate Medical School Singapore (Duke-NUS) has linked the abnormal behaviour of two genes (BDNF and DTNBP1) to the underlying cause of schizophrenia. These findings have provided a new target for schizophrenia treatment.

Schizophrenia is a devastating mental disorder that affects nearly 1% of the total human population. The dominant cause of the disorder lies in impaired brain development that eventually leads to imbalanced signals within the brain. This imbalance within the brain is thought to cause hallucinations and paranoia in people with schizophrenia.

"We wanted to understand the mechanism by which the brain circuit operates," explained senior author Assistant Professor Shawn Je, from the Neuroscience and Behavioural Disorders Programme at Duke-NUS. "In particular, we wanted to understand the ability of a specific type of cell in the brain, termed interneurons, to modulate brain network activity to maintain a balance in brain signalling." 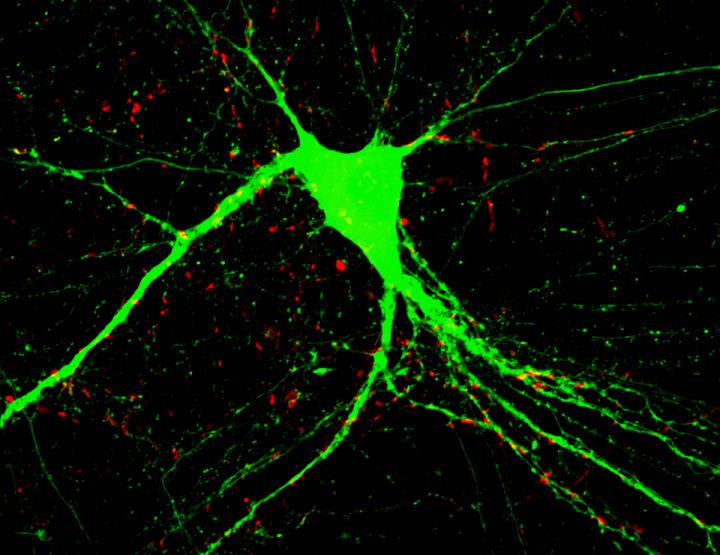 Dr. Je and his team analysed signalling activity in neuronal cultures that either did not have the DTNBP1 gene or had lowered levels of the gene, because reduced DTNBP1 levels and genetic disruptions of DTNBP1 in mice resulted in schizophrenia-like behaviours. Using multiple model systems, they found that the low levels of DTNBP1 resulted in dysfunctional interneurons and over-activated neuronal network activity. Reducing levels of DTNBP1 also lowered the levels of the secreted protein molecule, BDNF.

BDNF was then shown to be one of the most important factors that regulate the development of a normal brain circuit. It plays an important role in the interneurons ability to connect to the brain. Interneurons receive BDNF via a transport system run by DTNBP1. This can be likened to the delivery of a parcel: DTNBP1 is the driver of the delivery van and without the driver, the parcel BDNF cannot be delivered to the required destination. Without BDNF, the abnormal circuit development and brain network activity observed in schizophrenia patients results.

Additionally, Dr. Je and his team also found that when BDNF levels were restored, brain development and activity were rescued and returned to more normal levels, despite the absence of DTNBP1.

While the two genes DTNBP1 and BDNF have been singled out as risk genes for schizophrenia in studies before, this is the first study to show that the two function together. Pinpointing the importance of the abnormal delivery of BDNF has shed considerable insight into how the brain network develops. It also presents possibilities for potential treatments for schizophrenia designed around enhancing BDNF levels.

In a follow-up study, Dr. Je plans to test if these findings are viable in an animal model. If proven successful, this could mean that correcting the imbalance within the brain circuits of schizophrenia patients may bring us closer to producing a treatment.