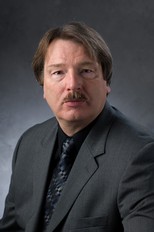 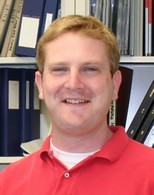 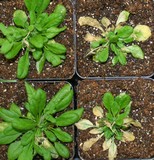 EAST LANSING, Mich. — New ground broken by Michigan State University biochemists helps explain how plants protect themselves from freezing temperatures and could lead to discoveries related to plant tolerance for drought and other extreme conditions.

“This brings together two classic problems in plant biology,” said Christoph Benning, MSU professor of biochemistry and molecular biology. “One is that plants protect themselves against freezing and that scientists long thought it had something to do with cell membranes, but didn’t know exactly how. “The other is the search for the gene for an enigmatic enzyme of plant lipid metabolism in the chloroplasts,” shedding light on how cell membrane building blocks are made, Benning said.

In an article published online this week by the journal Science, Benning and his then-doctoral degree candidate Eric Moellering and technical assistant Bagyalakshmi Muthan describe how a particular gene leads to the formation of a lipid that protects chloroplast and plant cell membranes from freeze damage by a novel mechanism in Arabidopsis thaliana, common mustard weed.

Working on his dissertation project under Benning, Moellering identified a mutant strain of Arabidopsis that can’t manufacture the lipid and linked this biochemical defect to work done by others who originally described the role of the gene in freeze tolerance, but did not find the mechanism.

“One of the big problems in freezing tolerance or general stress in plants is that some species are better at surviving stress than others,” Moellering said. “We are only beginning to understand the mechanisms that allow some plants to survive while others are sensitive.”

There is no single mechanism involved in plant freezing tolerance, Moellering added, so he can’t say that his findings will lead any time soon to genetic breakthroughs making citrus or other freezing-intolerant plants able to thrive in northern climates. But it does add to our understanding of how plants survive temperature extremes.

Much plant damage in freezing temperatures is due to cell dehydration, in which water is drawn out as it crystallizes and the organelle or cell membrane shrivels as liquid volume drops. Lipids in the membranes of tolerant plants are removed and converted to oil that accumulates in droplets, the researchers said, retaining membrane integrity, keeping membranes from fusing with one another
and conserving the energy by storing oil droplets. With rising concern globally about water supplies and climate change, scientists see additional reasons to understand the ways hardy plants survive.

The research, funded by the U.S. Department of Energy Office of Science Basic Energy Sciences and the Michigan Agricultural Experiment Station, also leads to speculation that freezing itself can prompt cell proteins directly to change the composition of the membrane, without activation by gradual acclimation. That has been a major focus in the plant freezing tolerance field, the researchers said.

“This opens a huge door now for people to do this kind of research, and to redirect researchers,” Benning said. “There are lots of them out there trying to understand cold, salt and drought tolerance in plants, and we’ve given them a new idea about how they can approach this problem mechanistically.”