News
Published: May 22, 2018
| Original Press Release from UC Santa Barbara
A small, soft actuator made of liquid metals and flexible polymers is the soft analog of an electromagnetic motor. This image appeared on the cover of Advanced Functional Materials Credit: UC Santa Barbara

Complete the form below and we will email you a PDF version of "Soft Power: The Rise of Bio-Friendly Robots "

In the world of robotics, soft robots are the new kids on the block. The unique capabilities of these automata are to bend, deform, stretch, twist or squeeze in all the ways that conventional rigid robots cannot.

Today, it is easy to envision a world in which humans and robots collaborate — in close proximity — in many realms. Emerging soft robots may help to ensure that this can be done safely, and in a way that syncs to human environments or even interfaces with humans themselves.

“Some of the advantages of soft robotic systems are that they can easily adapt to unstructured environments, or to irregular or soft surfaces, such as the human body,” said UC Santa Barbara electrical and computer engineering professor Yon Visell.

Despite their promise, to date, most soft robots move slowly and clumsily when compared with many conventional robots. However, the gap is narrowing thanks to new developments in the fundamental unit of robotic motion: the actuator. Responsible for the mechanical movement of a mechanism or a machine, actuators do their work in various ways, relying on electromagnetic, piezoelectric, pneumatic or other forces.

Now, Visell and his UCSB collaborators have married the electromagnetic drives used in most conventional robotic systems with soft materials, in order to achieve both speed and softness. “An interesting biological analog to the actuator described in our new work might be a fast twitch muscle,” said Visell, who along with UCSB chemistry and biochemistry professor Thuc-Quyen Nguyen, and postdocs Thanh Nho Do and Hung Phan, authored the paper “Soft Electromagnetic Actuators for Robotic Applications.” The article appears on the cover of the journal Advanced Functional Materials.

The main challenge for Visell and colleagues was to build an actuator that could achieve speeds greater than what has typically been possible with soft robotic actuators, many of which depend on slow processes, such as air flow or thermal effects.

“In this project, we wanted to see how far we could push the idea of having very fast, low-voltage actuation within a fully soft robotic paradigm,” he said. They based their work on the electromagnetic motor, a common type of fast and low-voltage actuator that is used in everything from electric cars to appliances, but has seen little effective application in soft robotic systems.

The team’s work has resulted in a type of actuator that is fast, low voltage and soft — and also remarkably small, just a few millimeters in size. Using unique, liquid-metal alloy conductors encased in hollow polymer fibers and magnetized polymer composites, the researchers created patterned, three-dimensional components that form the basis of soft analogs of standard electrical motors. The fibers themselves are polymer composites that the team engineered to have high thermal conductivity, greatly improving their performance.

“We realized components that are each soft and stretchable, and combined them to create these motor-like structures that can move things,” Visell said. To demonstrate, they created a tiny, millimeters-wide gripper that can close in just milliseconds, and a soft tactile stimulator that can operate at frequencies of hundreds of cycles per second. 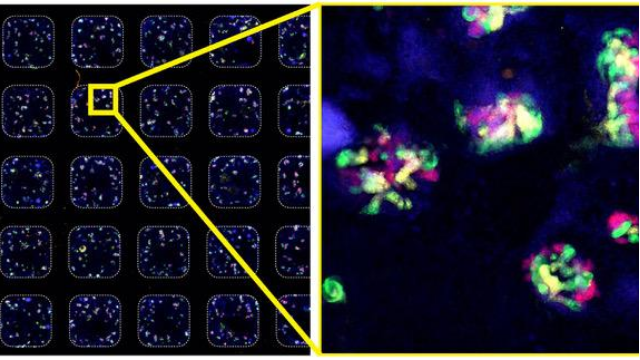 END_OF_DOCUMENT_TOKEN_TO_BE_REPLACED

These devices could find use in emerging areas such as haptics, where touch feedback is sought for applications including virtual reality and, of course haptics’ close relative — soft robotics. “These soft electromagnetic actuators can be used to create tactile displays that conform to human skin, or miniature robotic tools for surgical endoscopy or other medical applications,” said postdoc Thanh Nho Do.

This article has been republished from materials provided by UC Santa Barbara. Note: material may have been edited for length and content. For further information, please contact the cited source.