Molly Campbell is a senior science writer at Technology Networks. She holds a first-class honors degree in neuroscience. In 2021 Molly was shortlisted for the Women in Journalism Georgina Henry Award.
Learn about our editorial policies
Credit: Prasesh Shiwakoti (Lomash).
Read time:

Genetics and COVID-19
Geneticists from across the globe have made substantial contributions to advancing our understanding of COVID-19 pathology and disease susceptibility. Here’s a quick recap:

The Genetic Quest To Understand COVID-19

The Genetic Basis of COVID-19 Susceptibility

Initially, the study aimed to utilize 23andMe's large bank of genetic data from customers that consented to their samples being used for research purposes. But a positive response to the study meant that in May, the company announced it was opening enrolment for individuals that had been hospitalized with severe COVID-19 but were not company customers. 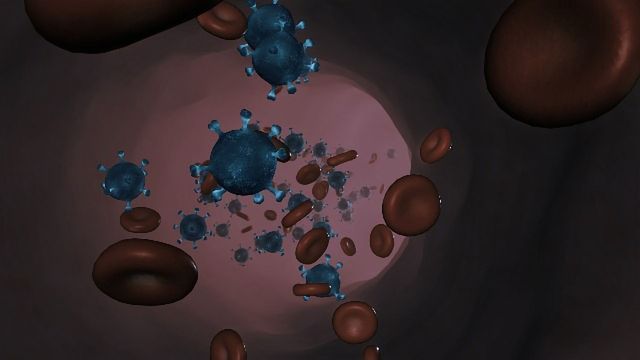 END_OF_DOCUMENT_TOKEN_TO_BE_REPLACED

23andMe prioritized making data generated by the study available quickly to the scientific community, and as such it has shared preliminary results in a blasé fashion over recent months. The results released in June included analysis of over 750,000 participants' data.

23andMe stated that, when comparing research participants who reported a positive COVID-19 test to those who reported a negative test, variants in the ABO gene were associated with a lower risk of COVID-19.

Fast-forward to the present day, the most recent results (made available in a preprint format) document the analysis of over 1 million study participants.

The study relies on web-based surveys – a self-reporting methodology – including an initial baseline survey and three subsequent surveys. All surveys incorporated questions addressing:

Questions pertaining to characteristics and socioeconomic status were also collected. Before digging into the data, it is important to note that self-report methods are subject to validity issues, as it cannot be guaranteed with full certainty that individuals respond honestly.

23andMe adopted a genome-wide association study (GWAS) methodology, in which individuals in are classified based on a particular phenotype – e.g., having a disease or not having a disease – before genetic analysis via single nucleotide polymorphism (SNP) arrays probes their DNA for specific genetic variants. If a variant occurs in higher frequencies in certain phenotypes when compared to other phenotypes, the variant is classed as being associated with the phenotype. Association implies a link but does not prove causation.

The scientists defined a set of phenotypes that would capture certain aspects of COVID-19 diagnosis and severity, including a "diagnosis" phenotype that identifies a positive or negative diagnosis from a COVID-19 test, and four phenotypes describing disease severity. This included pneumonia, hospitalization, or the need for respiratory support. Data from individuals that had not reported a COVID-19 diagnosis was utilized to provide a control group for the severity phenotypes.

As of July 25, over 1.05 million individuals had completed the genetic study baseline survey. Of these respondents, 93.2% were US-based, 2.4% were UK-based and the remaining 4.4% were from other countries across the globe. In terms of diversity representation, 80.3% of the cohort were of European ancestry, 11.3% Latino and 2.7% of the cohort were of African American or Black ancestries.

23andMe reported several interesting findings from the analyses. Firstly, it stated that the data provides strong evidence for the role of the ABO blood group for severity and susceptibility to COVID-19. "Our data supports a role in susceptibility to infection, suggesting that blood group O is protective in contrast to non-O blood groups," the scientists write. Blood group AB did not demonstrate differentiation from groups A or B. The precise mechanisms underlying the association of blood type and COVID-19 are unclear, but in the paper, the authors point to a potential link between blood group and the binding and internalization of SARS-CoV-2 viral particles.

The 23andMe scientists acknowledge that they have considered how collider bias might have impacted the data set. Why? Well the data also suggests that blood type O could be a risk factor for influenza. This is important to note because the participants of the study are largely from the US, and at the time of data collection, COVID-19 testing in the US was restricted to individuals presenting with flu-like symptoms. "As such, it is possible that the population of individuals receiving COVID-19 tests was enriched for influenza cases, and the apparent protective nature of ABO for COVID-19 could arise from a subtle form of collider bias," the scientists state in the paper. "However, our data also shows that blood type O is protective in the severe-outcome population, which wouldn’t be expected under the collider bias hypothesis."

The scientists also identified an association at a specific locus on chr3p21.31, with disease severity. It was identified across all the phenotypes but was particularly strong and had the lowest p value in phenotypes relating to respiratory symptoms. "This region includes several different genes (SLC6A20, LZFTL1, CCR9, CXCR6, XCR1, and FYCO1). Some play a role in the immune response to infection in the lungs. The gene SLC6A20, may play a role in the expression of the angiotensin converting enzyme 2 (ACE2) protein which in turn could lead to greater viral uptake," 23andMe said in a press release. The scientists note that the majority of the support for this association arises from the European population, which most probably relates to the size of this population in the cohort of the study.

In addition to the genetic associations identified in the study, 23andMe also discovered other interesting associations from the data. It is known that racial and ethnic disparities exist with regards to the impact of COVID-19 infection, as documented by the Centers for Disease Control and Prevention. The data here emphasizes this disparity. "Our data showed that Black research participants were 83% more likely to be hospitalized with COVID-19 compared to European respondents after adjustment for age, sex, socioeconomic status, body mass index, and a pre-existing condition," the company said in a press release.

The data has been released in preprint form, meaning it is yet to undergo peer review. However, scientists have already taken to platforms such as Twitter to interact and discuss the findings.

In a press release, 23andMe acknowledged that the research would not have be possible without the contribution of data from the participants. As for next steps, the study is still open for recruitment, and the company is in the process of disseminating the data to the wider scientific community: "We are now sharing these findings through a full-set of de-identified summary statistics that will be made available to qualified investigators. Those investigators will have to enter into an agreement with 23andMe to protect participant confidentiality."