Molly Campbell is a senior science writer at Technology Networks. She holds a first-class honors degree in neuroscience. In 2021 Molly was shortlisted for the Women in Journalism Georgina Henry Award.
Learn about our editorial policies
Credit: Eaters Collective on Unsplash.
Read time:

Complete the form below and we will email you a PDF version of "Study of Over 170,000 Individuals Identifies Genes Associated With High Alcohol Consumption"

Feeling the repercussions of over-indulging on the alcohol front over the festive period? Perhaps you've committed to a dry January as part of your 2020 New Year's resolution. Maybe you're completely teetotal and embracing a life of alcohol sobriety.

We might like to think that the decision to drink, or not to drink, or how much we drink is an independent lifestyle choice. However, scientific research utilizing twin and family studies suggests that a mixture of genetic and non-genetic risk factors are at play here.

For individuals that do drink alcohol, the level of consumption can become excessive, whereby their drinking habits pose the risk of adversely affecting their health, quality of life and relationships. A loss of control over drinking habits and an excessive desire to drink is regarded as alcoholism (or dependent drinking).

Why do certain people drink more than others? And how does alcohol consumption progress from a "normal" habit to a dependency?

In a new research study published in the journal Science Advances, scientists from the University of Liverpool sought to identify specific genes that are associated with high levels of alcohol consumption. The study, led by Andrew Thompson, Ph.D., and Professor Sir Munir Pirmohamed, utilized a genome wide association methodology (GWAS). 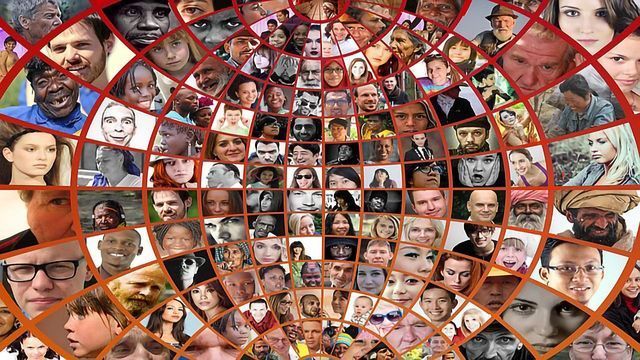 UK BioBank Project Is Taken to the Next Level by Sequencing 500,000 Genomes

END_OF_DOCUMENT_TOKEN_TO_BE_REPLACED

The sample number totaled ~174 individuals, comprising 125k individuals from the UK Biobank and 48k from a US study known as GERA. "The age range for UK Biobank is 40-70 years and approximately 45% of participants in this study were female. The average age in the GERA cohort was 62 years and 65% were female," Thompson told Technology Networks.

He continues, "We used many different analysis techniques. The primary method for detection of genetic variants GWAS. This method searches a person’s DNA [genome] for small variations, called single nucleotide polymorphisms (SNPs). Each person carries many millions of SNPs, but if a particular SNP occurs more frequently in people with a particular condition/behavior than in people without the condition/behavior, it can suggest the underlying reason for the difference."

The researchers performed replication and meta-analysis using the further 48k participants from the GERA cohort.

The analysis revealed several genes associated with high alcohol intake. Interestingly, several of these genes and their associated pathways have been linked to addiction and compulsive behaviors outside of alcohol consumption. "This includes pathways involved in dopamine regulation and energy metabolism," Thompson said.

To explore the functionality of these genes with regards to alcohol, the team adopted a C. elegans model and knocked-out a select number of the identified genes. "All genes tested demonstrated marked changes in the worms’ response to alcohol exposure," Thompson adds.

Can the results be generalized against wider populations?

The large sample adopted in the study is advantageous. It means that the insights gained on the genetic risk factors contributing to high alcohol consumption are more likely to be generalizable against wider populations. Nonetheless, there are several limitations to the study, as noted by the authors. Thompson remarks, "The alcohol data from UK Biobank is self-reported, meaning people may not have provided accurate estimates. [Furthermore] we restricted analysis to those of white British ancestry to limit population structure variability on outcomes. This restricts generalizability outside of European populations."

He adds, "We were unable to undertake functional assessment of all genome-wide significant genes due to there being either no specific C. elegans orthologues or fatal consequences of gene knock-down."

A step towards novel treatments for alcohol disorders?

Professor Pirmohamed, said: "This is a really important area because of the morbidity and mortality, and societal effects, of heavy alcohol consumption. Our study also highlights the fantastic value of the UK Biobank, a long-term investment by many funders in the UK, which is now leading to many novel insights in a large number of diseases."

When asked about their next steps to progress this research, Thompson said "We are currently undertaking work in samples from patients with other addictions to see whether their genetic make-up is similar to those who are heavy alcohol users – this is to explore the hypothesis that genes identified in this work are involved in common pathways associated with different types of compulsive behavior/addiction."

He concludes, "This improved understanding regarding genetic risk of alcohol consumption will lead to further study and hopefully opportunities to develop new treatments for people with alcohol use disorders."