Testing for Cancer Risk Whilst at Home

Testing for Cancer Risk Whilst at Home

Molly Campbell is a senior science writer at Technology Networks. She holds a first-class honors degree in neuroscience. In 2021 Molly was shortlisted for the Women in Journalism Georgina Henry Award.
Learn about our editorial policies
Credit: Thought Catalog on Unsplash.
Read time:

Certain individuals may possess an increased risk of developing cancer due to their genetics. The advent of next-generation sequencing technologies over recent decades has meant that genetic testing can now be utilized in the clinical setting to evaluate an individual's cancer risk, improving the prevention or treatment of hereditary cancers.

Unfortunately, research has demonstrated that many individuals who carry a genetic risk do not get tested, and as such, researchers are exploring various approaches to increase the accessibility of genetic testing. One such solution is providing the option of remote testing. However, there are a myriad of factors that need to be considered here – how can a patient be made to feel supported if they were conducting a genetic test at home? What is the best way to support patients through genetic counseling if they are choosing to opt for a remote test?

A collaborative Stand Up To Cancer team of researchers, known as the "Dream Team", co-funded by the Ovarian Cancer Research Alliance and the National Ovarian Cancer Coalition, have conducted a clinical trial to evaluate different combinations of remote pre- and post-test genetic counseling. It's a large-scale, randomized trial – the first of its kind – that began in 2016. The initial results were presented at this year's American Society of Clinical Oncology’s annual meeting.

The trial – MAGENTA (Making GENetic Testing Accessible) – recruited almost 4,000 women from across the United States at risk of hereditary breast and ovarian cancer. It is a four-arm non-inferiority trial evaluating electronic genetic education and results delivery alone or combined with pre-test only, or post-test only telephone genetic counseling compared to mandatory pre- and post-test counseling (the control arm).

The trial subjects were divided into four groups, and in each group the participants watched an educational video discussing genetic testing for cancer risk before undergoing their test, which came in the form of a saliva kit mailed to their home.

In the standard group, women received mandatory genetic counseling via telephone both pre- and post-testing, but in the other three groups, the participants were assigned to either skip pre-testing counseling, post-test counseling or both. Across the entire study population, any woman that received a positive test results underwent genetic counseling delivered via a telephone appointment.

The researchers recently analyzed the first three-month follow up survey data. It demonstrated that the electronic genetic education methods were indeed effective, and that women who did not receive personalized genetic counseling were not susceptible to experience increased distress or anxiety.

Interestingly, avoiding pre-test counseling actually resulted in an increased number of follow-throughs in completing the test when compared to traditional genetic counseling.

Twelve and 24-month follow-up surveys from the trial are yet to be analyzed, but the initial results suggest that this approach to remote genetic testing process could increase accessibility and ensure the process is as efficient as possible without causing distress to the patient. 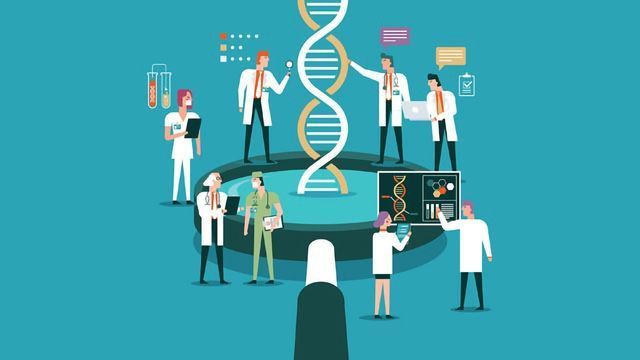 END_OF_DOCUMENT_TOKEN_TO_BE_REPLACED

“The majority of individuals meeting the U.S. Preventative Services Task Force guidelines for genetic testing have not received genetic testing or counseling,” said Karen Lu, MD, principal investigator of the study and professor and chair of Gynecologic Oncology and Reproductive Medicine at The University of Texas MD Anderson Cancer Center. “The results of this study demonstrate that using online and remote methods for preventative testing and genetic counseling can be an option to help break down barriers and expand the availability of preventative cancer care.”

“These trial results are not only tangible but empowering for women with inherited risk for ovarian cancer,” said Melissa Aucoin, CEO of the National Ovarian Cancer Coalition. “With the vast majority of women diagnosed in late stages, improving preventative measures can have a significant impact on the future of ovarian cancer. We applaud the Dream Team for delivering progress.”

Remote genetic testing in the context of a global pandemic

Elizabeth Swisher, MD, co-leader of the Dream Team and director of the Division of Gynecologic Oncology at UW School of Medicine raises an interesting point that the value of remote genetic testing can be seen clearly in situations such as the COVID-19 pandemic: “The MAGENTA trial results are especially relevant now given the fact that the coronavirus pandemic is necessitating the timely and effective delivery of virtual healthcare." She continues: “There are many benefits to this new design, so I do see genetic testing for medical purposes headed in this direction, regardless of the pandemic.”