A person's genetic make-up can influence whether they might experience side effects from certain medications. Some laboratories now offer pharmacogenetic tests that allow patients to learn whether they carry genetic variants known to be associated with adverse drug effects. Such tests might help patients and their doctors choose safer, more effective treatments, but the U.S. Food & Drug Administration and other regulatory agencies have expressed concern that patients might make unproven, inappropriate decisions about their medications based on their pharmacogenetic results. 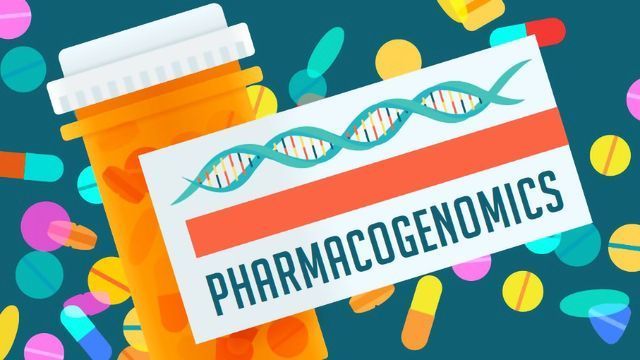 END_OF_DOCUMENT_TOKEN_TO_BE_REPLACED

A new paper published in JAMA Network Open might help allay some of these concerns. Researchers at the VA Boston Healthcare System, Brigham and Women's Hospital, and Harvard Medical School conducted a randomized controlled trial of pharmacogenetic testing related to cholesterol-lowering medications called statins. Statins, such as atorvastatin and simvastatin, are used by millions of Americans to lower the risk of heart attack and stroke. However, in rare cases, patients might experience muscle damage from statins, which can sometimes be serious and life-threatening. Pharmacogenetic testing can identify whether a patient carries a genetic variant in the SLCO1B1 gene that puts them at a higher risk of such statin-associated muscle injury. Although this test might help patients avoid adverse drug effects, it might also have the unintended consequence of causing patients not to do enough to lower their risk of cardiovascular disease.

"This study provides reassurance that patients and providers can use pharmacogenetic testing in a way that maximizes its benefits while avoiding harmful unintendended consequences," said corresponding author Jason Vassy, MD, MPH, a clinician investigator at the Brigham, primary care physician at the VA Boston Healthcare System and assistant professor at Harvard Medical School. "Our findings do not support the idea that all patients should have pharmacogenetic testing before starting a statin, but they do provide rigorous, real-world evidence that the harms of such testing are minimal."

Vassy and colleagues enrolled 400 patients at the VA Boston Healthcare System who were not currently prescribed a statin but had cardiovascular disease risk factors that might make them candidates for statin treatment now or in the near future. The researchers conducted a controlled study in which statin pharmacogenetic results were given to a random half of the participants and their primary care providers at the beginning of the study, while the other half received their results after one year. After one year, the cholesterol levels in the group who received their pharmacogenetic results were not higher than those in the group who did not receive their results, and they were not less likely to receive medical care meeting recommended guidelines. In some cases, physicians may have used the results to choose an alternate, but equally effective, medication for the patient. Overall, the study results suggest that pharmacogenetic testing did not cause patients and their primary care providers to be less proactive in lowering their risk of cardiovascular disease.

The authors note that fewer than expected participants were prescribed statin therapy in general -- potentially a reflection of patient reluctance and physician prescribing patterns. Less than 16 percent of physicians documented talking to their patients about their SLCO1B1 in the intervention arm of the trial.

Vassy said the team's findings should allay stakeholders' concerns about the potential unintended consequences of pharmacogenetic results, a conclusion that he claims will become increasingly relevant as more and more patients undergo genetic testing as a part of their health care.

"Many health care systems have launched pharmacogenetic testing programs," said Vassy. Such a program exists at the Brigham through its Pharmacogenomics Clinic. "Our study offers empirical evidence that the clinical use of pharmacogenetic test results for SLCO1B1 do not worsen patient outcomes, which we hope will help inform the debate about utility and unintended harm for this kind of testing."