As part of the host-pathogen arms race, viruses are continually evolving to evade the host immune response, be it from previous infection or immunity acquired through vaccination.

Many people get their annual flu shots in the hope it will protect them from that year’s seasonal flu outbreaks. However, there is no guarantee that the strains predicted to be circulating that year will actually be the ones that do. Even with careful research and probability modelling, a certain amount of educated guesswork is involved for manufacturers who select strains to incorporate into the annual vaccine. And the main culprit for their headaches? Antigenic drift and antigenic shift.

What is antigenic drift?

Antigens are molecules that are recognized by the host immune system as foreign and induce an immune response. Consequently, they will often be surface proteins, like haemagglutinin (HA) or neuraminidase (NA) in the case of the influenza virus.

Antigenic drift is a natural process whereby mutations (mistakes) occur during replication in the genes encoding antigens that produce alterations in the way they appear to the immune system (antigenic changes) (Figure 1). Not all genetic mutations will result in antigenic changes depending on 1) their position in the triplet code (non-coding changes) or 2) if the change they produce does not affect the region of the protein recognized by the immune system.

If the changes reduce virus survival, they will be selected against and lost from the population. If they have no effect or offer benefits, such as immune evasion, they are likely to persist and may even spread through the population, depending on other associated changes.

Even if a host has not encountered that particular virus before, partial immunity may be gained from infection or vaccination with a closely related virus in the past. 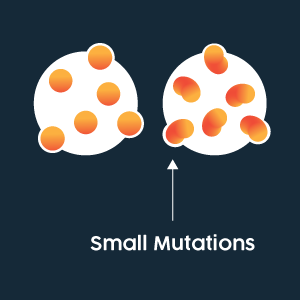 Figure 1. Representation of antigenic drift producing alterations in how the virus may appear to the immune system.

What is antigenic shift? 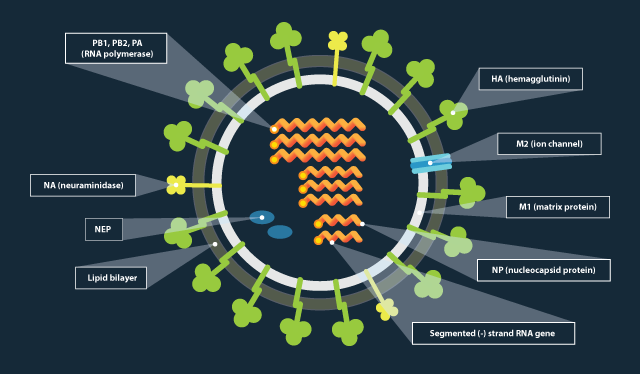 Figure 2. Structure of the influenza A virus.

Influenza has a negative sense single stranded RNA genome, encapsulated by nuclear protein, which consists of eight segments (Figure 2). Due to its segmented nature, influenza viruses can swap whole sections of their genome. If the segment swapped encodes an influenza antigen (such as HA or NA) which is targeted by the host immune system, this is termed antigenic shift and can radically alter a host immune system’s ability to recognize the virus (Figure 3).

Influenza A is responsible for most seasonal and pandemic flu outbreaks in humans. As the primary surface antigens, HA and NA types are incorporated into the naming scheme for Influenza A virus strains (e.g., A/Perth/16/2009 (H3N2)). When antigenic shift occurs, it is possible that an H1N1 virus and H3N2 virus may interact to produce an H1N2 virus and an H3 N1 virus, for example. 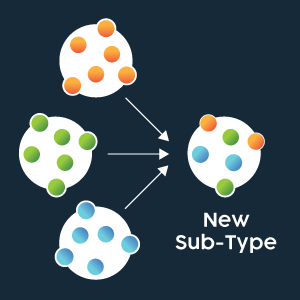 
What are the consequences of antigenic shift vs antigenic drift?

Individuals may have partial immunity, from previous infection or vaccination, to infection with influenza strains that have undergone antigenic drift. However, antigenic shift generates novel lineages to which immunity is therefore often very poor across the population. Consequently, pandemics are nearly always a result of antigenic shift events.

Pandemic outbreaks have been recorded through history, the more recent of which have been attributed to specific subtypes (summarized in Table 1).

Influenza virus surface protein types determine the types of receptors that the virus can interact with, and consequently, the host species which can be infected.

Influenza viruses are known to transmit zoonotically as some strains can infect multiple species. Pigs are a common intermediate host for influenza strains between humans, who have α2,6 receptors in their respiratory tract, and species such as birds who have α2,3 receptors. This is because pigs are the only mammalian species to have both receptor types and are therefore susceptible to and enable productive replication of avian and human influenza viruses in one animal. This also means pigs are a common mixing pot for cases of antigenic shift.