Diet and the Gut Microbiome: What Do We Know?

Sarah is a science writer and editor at Technology Networks. She joined the team in May 2022 and holds a PhD in cancer biology.
Learn about our editorial policies

Complete the form below and we will email you a PDF version of "Diet and the Gut Microbiome: What Do We Know?"

Inside all of us lives a collection of bacteria, viruses, fungi and other microbes collectively known as the microbiome. These microbe populations vary between people and across organs and systems such as the skin, mouth, respiratory tract and – most importantly – the gut.

Microbiomes remain relatively stable throughout an organism’s life, though diet is a key factor in their maintenance. Even back in 1919, John C. Torrey explained that “It is now well-known that diet exercises a profound influence on the determination of the types of bacteria developing in the intestinal tract.” The microbes residing in the gut depend on their hosts for nutrients as they metabolize the end-products left over from digestion to produce a variety of secondary metabolites.

Changes in microbiome composition have been linked to fluctuations in our immune, metabolic and neuro-behavioral health. The field of gut microbiome research has therefore gathered a lot of interest, as these microbes and their metabolites can influence the rest of the body in health and disease. What have we learned from recent research? 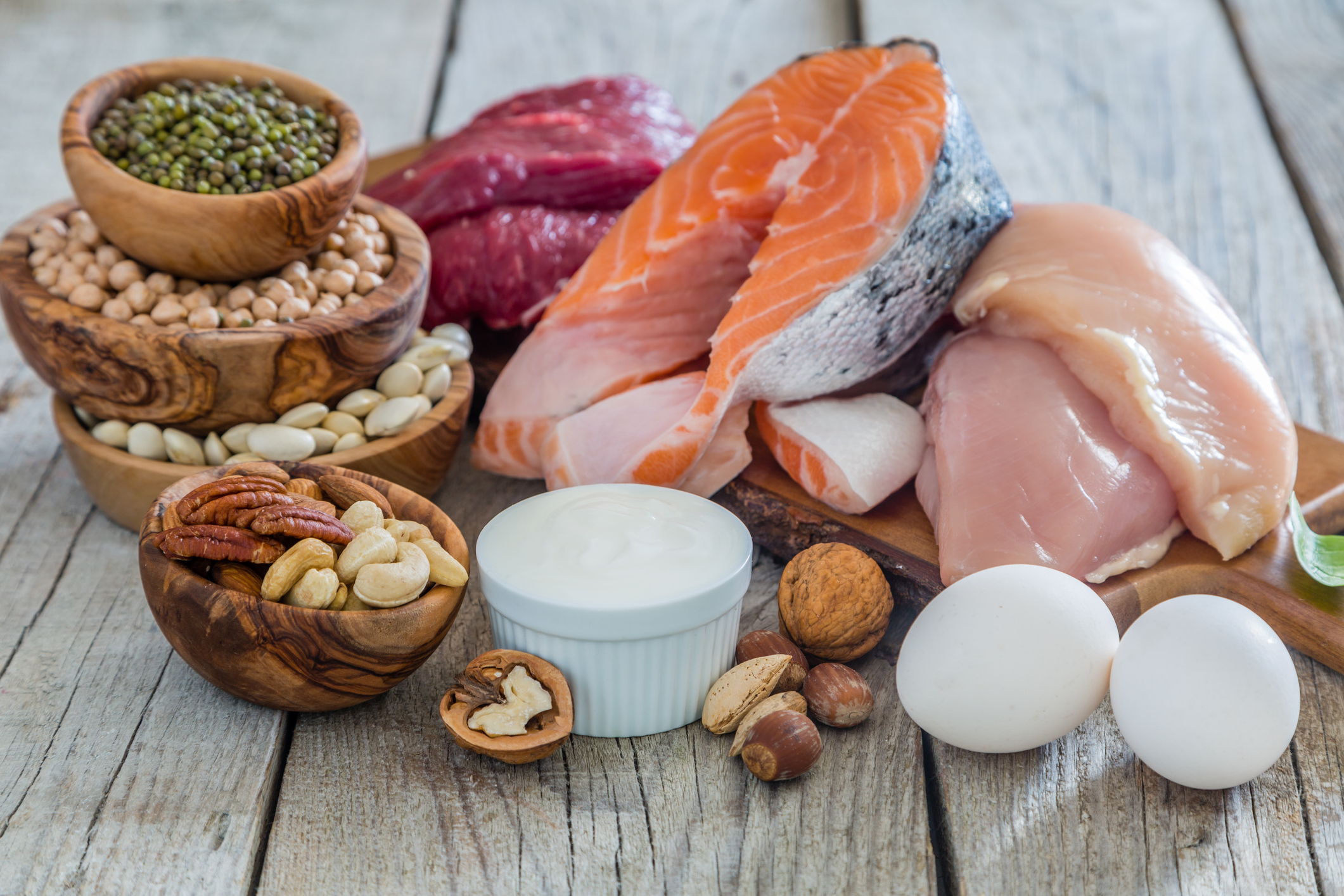 The surface of the gut is continuously exposed to the outside environment, and the gut has many features that protect the rest of the body. Immunoglobulin A (IgA) antibodies are the most abundantly produced antibody in both mice and humans, specialized in protecting mucosal surfaces like the gastrointestinal (GI) tract and airways. IgAs regulate the composition of the gut microbiome by maintaining populations of non-invasive bacteria and neutralizing pathogens.

A study from Dr. Laurence Macia and colleagues at the University of Sydney demonstrated that the type of food consumed can affect our microbiome, which in turn can influence IgA production and the immune response. Using mice, the study investigated how 10 diets, each with a different ratio of macronutrients – i.e., fats, proteins and carbohydrates – could affect IgA levels in the gut.

The results indicated an association between protein consumption and IgA production. Additionally, mice fed on a high-protein diet secreted larger numbers of bacterial extracellular vesicles, which activate the immune system and stimulate the migration of immune cells into the gut. However, the authors state that this phenomenon still needs to be confirmed to occur in humans, and they don’t yet know whether these findings are beneficial or detrimental to health.

“We found protein had a huge impact on the gut microbiota and it was not so much about the type of bacteria that were there, but the type of activity,” said Macia. 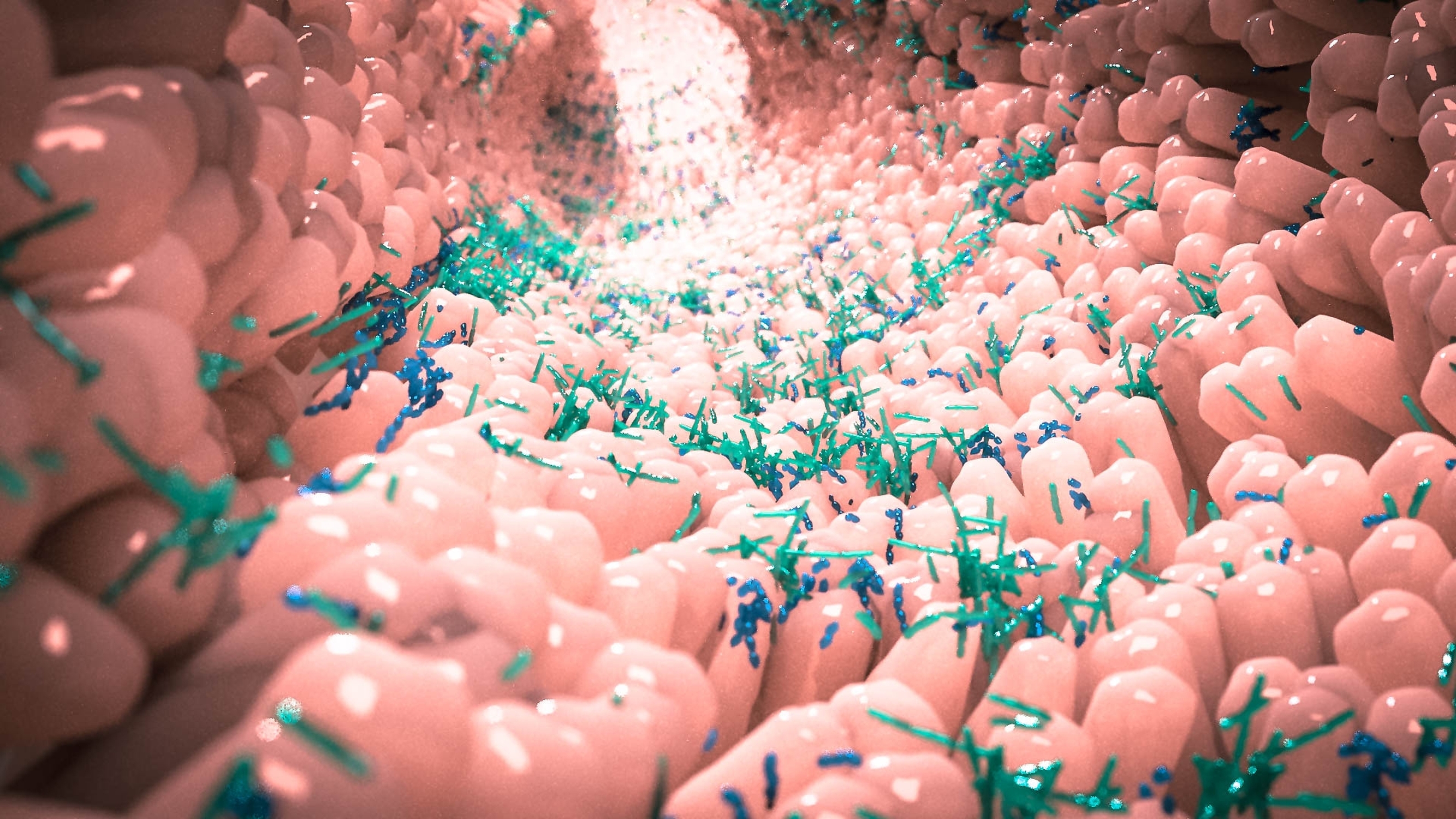 Researchers from Radboud University Medical Center in the Netherlands used blood and stool samples from 500 healthy trial participants to investigate how immune responses to pathogens vary between individuals. Participants’ immune cells were exposed to bacterial and fungal pathogens, and they measured their responses using the production of cytokines. Clear patterns emerged in which the population and functions of the microbiome can interact with the immune response. These interactions depended on either the pathogen, the cytokines or both. For example, depending on the pathogen, breakdown of the amino acid tryptophan can inhibit the production of the cytokine tumor necrosis factor alpha (TNFα).

“We still don’t have all the components, but the overall picture suggests that variations in the gut microbiome change production of the metabolites that go on to educate or influence immune cells, leading to differential outcomes when immune cells are exposed to various infections,” said Dr. Ramnik Xavier, core institute member of the Broad Institute of MIT and Harvard.

Gut Microbiome Can Impact Our Ability To Lose Weight 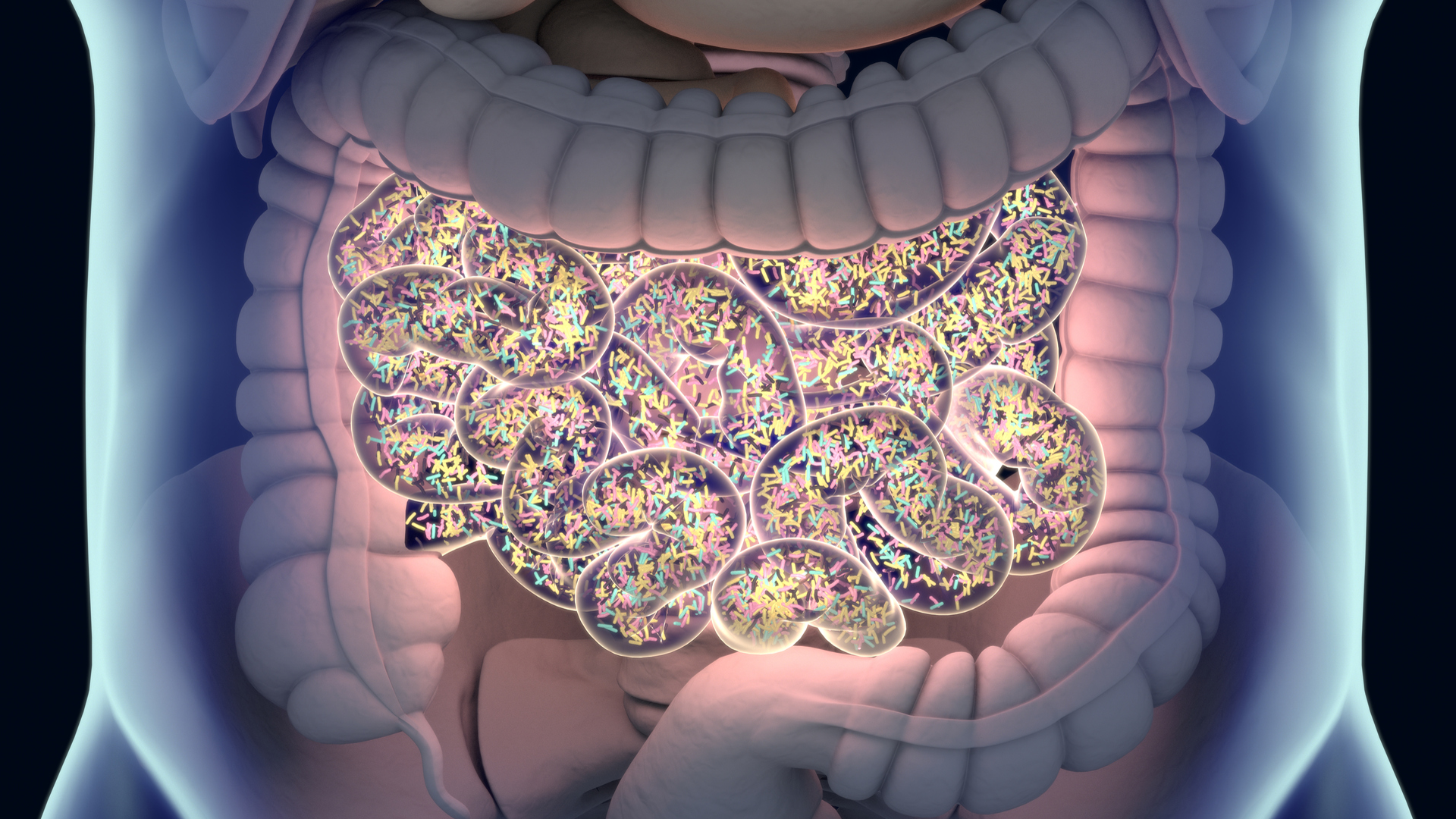 A study from Dr. Christian Diener and colleagues at the Institute for Systems Biology in Seattle, Washington investigated these phenomena. The researchers studied participants from a lifestyle intervention study that involved behavioral coaching and guidance from dieticians and nurses. Blood tests, dietary questionnaires and gut bacteria from stool samples were analyzed between two groups identified from the study results: one group lost over 1% of their body weight per month over 6–12 months, and the second group did not lose weight and had a stable BMI.

The major finding from the study was that the gut microbiome’s ability to break down starches was increased in people who did not lose weight. Additionally, increased expression of genes that aid bacterial growth and replication was linked to individuals who lost more weight. The researchers suggest that people with bacterial genes in their gut that are associated with reduced weight loss may be able to change their diet, and consequently change their microbiome, to help them lose weight.

“Before this study, we knew the composition of bacteria in the gut was different in obese people than in people who were nonobese, but now we have seen that there are a different set of genes that are encoded in the bacteria in our gut that also responds to weight loss interventions,” said Dr. Diener. “The gut microbiome is a major player in modulating whether a weight loss intervention will have success or not. The factors that dictate obesity versus non-obesity are not the same factors that dictate whether you will lose weight on a lifestyle intervention.” 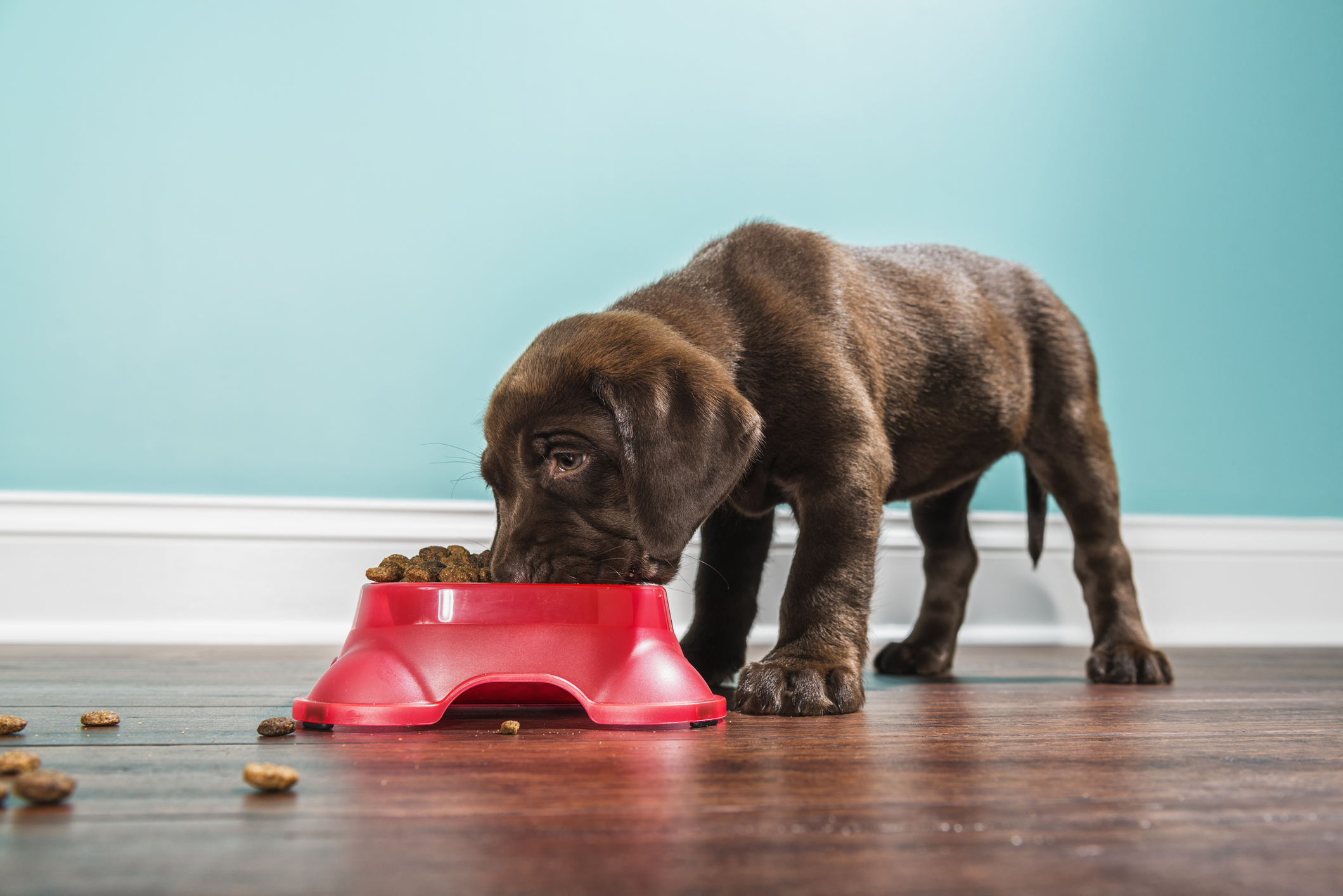 When starting a new diet, the composition of microbes in our microbiome can also change. However, we don’t yet fully understand how long it takes for a dietary change to permanently alter the microbial communities in our microbiome.

Scientists studying the interaction between changing diet and the composition of the microbiome in dogs  found that both microbial species and their metabolic byproducts can completely change in less than a week. Within just two days of starting a new diet, dogs’ microbiomes start to make new chemical products, and these microbial communities stabilize in just six days. Study co-author Dr. Kelly Swanson stated that this research aimed to determine how long to feed a new diet before collecting samples when conducting animal nutrition research, as “no one has ever tested it definitively”.  Another key takeaway from the research is that it supports the recommendation that changing your dog’s brand of food should be done gradually over a seven-day period.

“Metabolites change really quickly, within a couple of days. Bacteria responsively metabolize and deal with the substrates they're given in the new diet. Then it takes a few more days to sort out the microbial pecking order, if you will,” Swanson says. “Our data show everything stabilizes by day six, so animal nutrition researchers could confidently sample and find a stable microbiome within 10 days.”

Much more yet to discover about diet–microbiome interactions

With the importance of the microbiome in our health well-known, and increased awareness of how diet can impact our microbiome, more research than ever is being conducted in this field.

The more knowledge we can gain regarding the relationship between diet and our microbiomes, the more likely we are to be able to improve our health by looking after our microscopic guardians.

Complete the form below to unlock access to this Audio Article: "Diet and the Gut Microbiome: What Do We Know?"

Combating Tuberculosis, the “Captain of All These Men of Death”