Bacteriophage (phage) are obligate intracellular viruses that specifically infect bacteria. They were discovered independently by two researchers, Frederick William Twort1 at the University of London in 1915, and Félix d’Herelle2 who confirmed the finding and coined the term bacteriophage in 1917 and have been much studied since.

Phage have a very simple structure (Figure 1). Their genetic material is contained in a prism shaped head, surrounded by a protein capsid. This is connected to the elongated sheath (sometimes called the tail) by a neck or collar region.

The sheath forms a hollow tube through which the viral DNA/RNA is injected into the host cell and is surrounded by protective sheath proteins. At the bottom of the sheath is the base plate to which the tail fibers (normally six) that facilitate attachment to the host cell are attached. 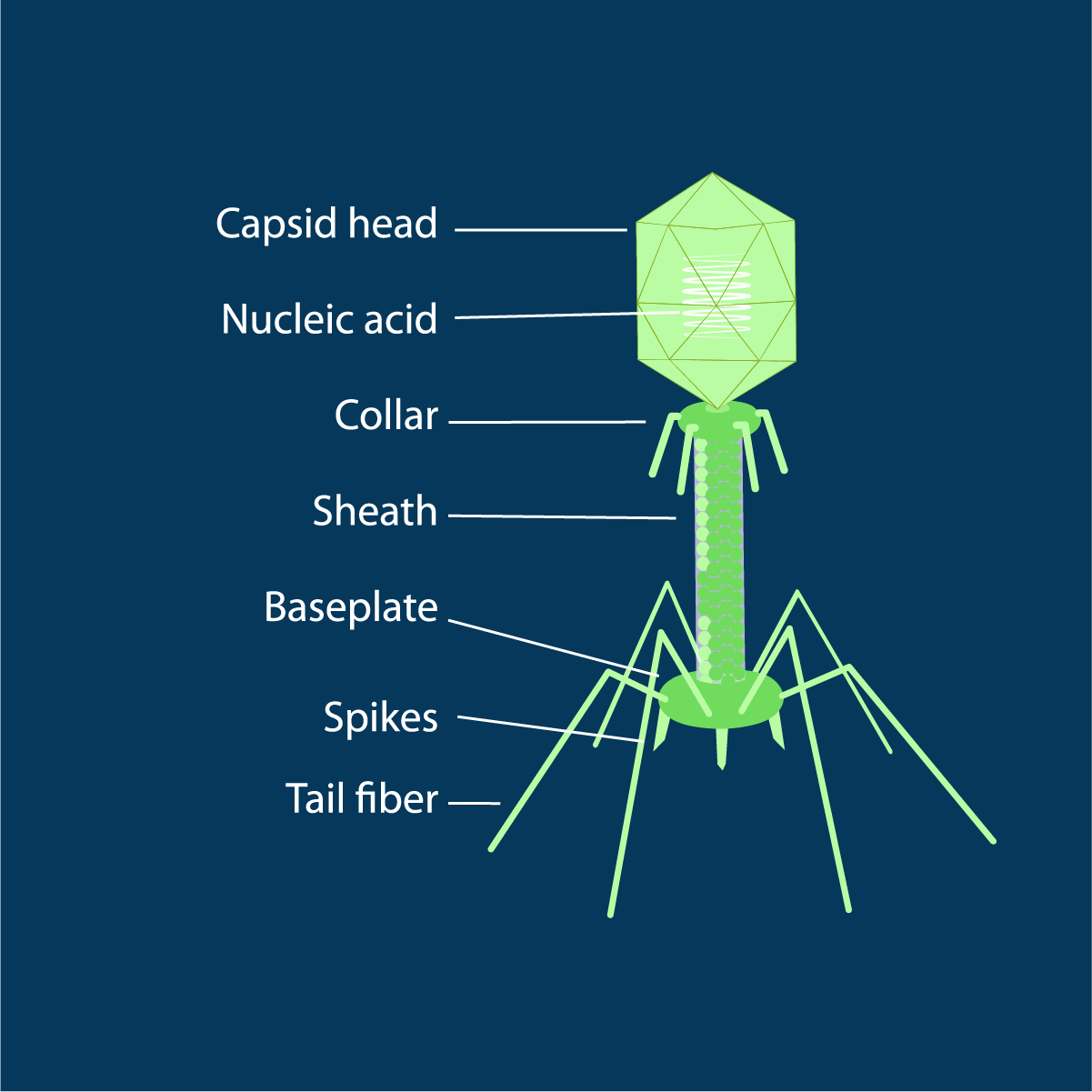 Figure 1. Example structure of a bacteriophage.

In order to reproduce, phage must first enter the host cell. They bind to specific receptors on the bacterial cell surface with their tail fibers (adsorption) and create a hole, a process which, along with attachment, is coordinated by the base plate3. A rigid tube is propelled out of the sheath, puncturing a hole in the bacterial cell membrane through which they inject their genetic material (DNA or RNA, double or single stranded). They can then hijack the host cell’s cellular machinery for their own replication if surrounding conditions are unfavorable in a process called the lytic cycle. Alternatively, they may enter a dormant state, known as the lysogenic cycle, within the host cell if conditions are favorable.

In the lytic cycle (Figure 2), sometimes referred to as virulent infection, the infecting phage ultimately kill the host cell to produce many of their own progeny. Immediately following injection into the host cell, the phage genome synthesizes early proteins that break down the host DNA, allowing the phage to take control of the cellular machinery.

What are the steps of the lytic cycle?

There are four steps to the lytic cycle:

To read about these steps in more detail, see our article:

The phage then uses the host cell to synthesize the remaining proteins required to build new phage particles. The heads and sheaths are assembled separately, the new genetic material packed into the head and new daughter phage particles constructed. During this process, the host cells gradually become weakened by phage enzymes and eventually burst, releasing on average 100-200 new phage progeny into the surrounding environment. 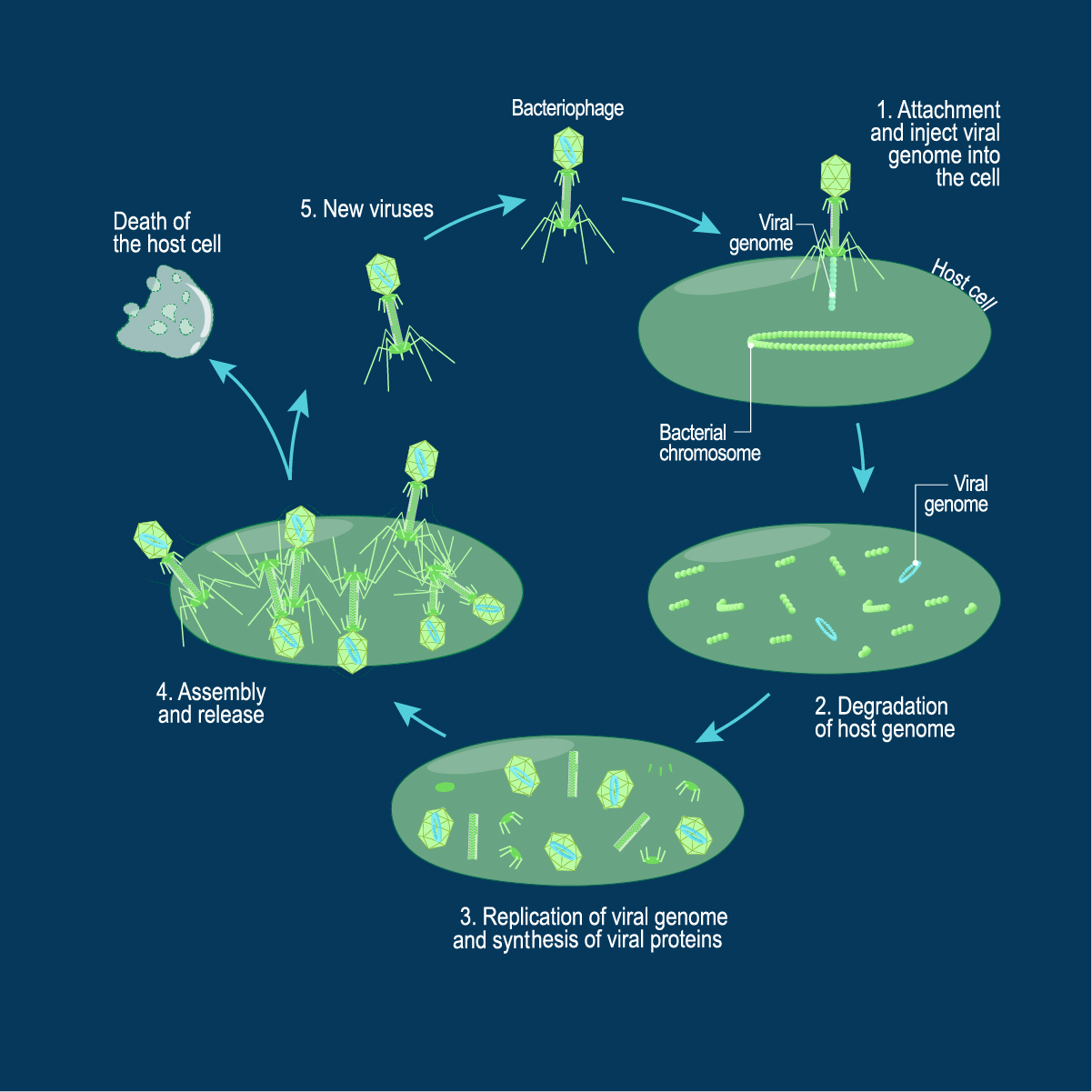 Figure 2. Depiction of the stages of the bacteriophage lytic cycle.

The lysogenic cycle (Figure 3), sometimes referred to as temperate or non-virulent infection, does not kill the host cell, instead using it as a refuge where it exists in a dormant state. Following the injection of the phage DNA into the host cell, it integrates itself into the host genome, with the help of phage-encoded integrases, where it is then termed a prophage. The prophage genome is then replicated passively along with the host genome as the host cell divides for as long as it remains there and does not form the proteins required to produce progeny. As the phage genome is generally comparatively small, the bacterial hosts are normally relatively unharmed by this process. 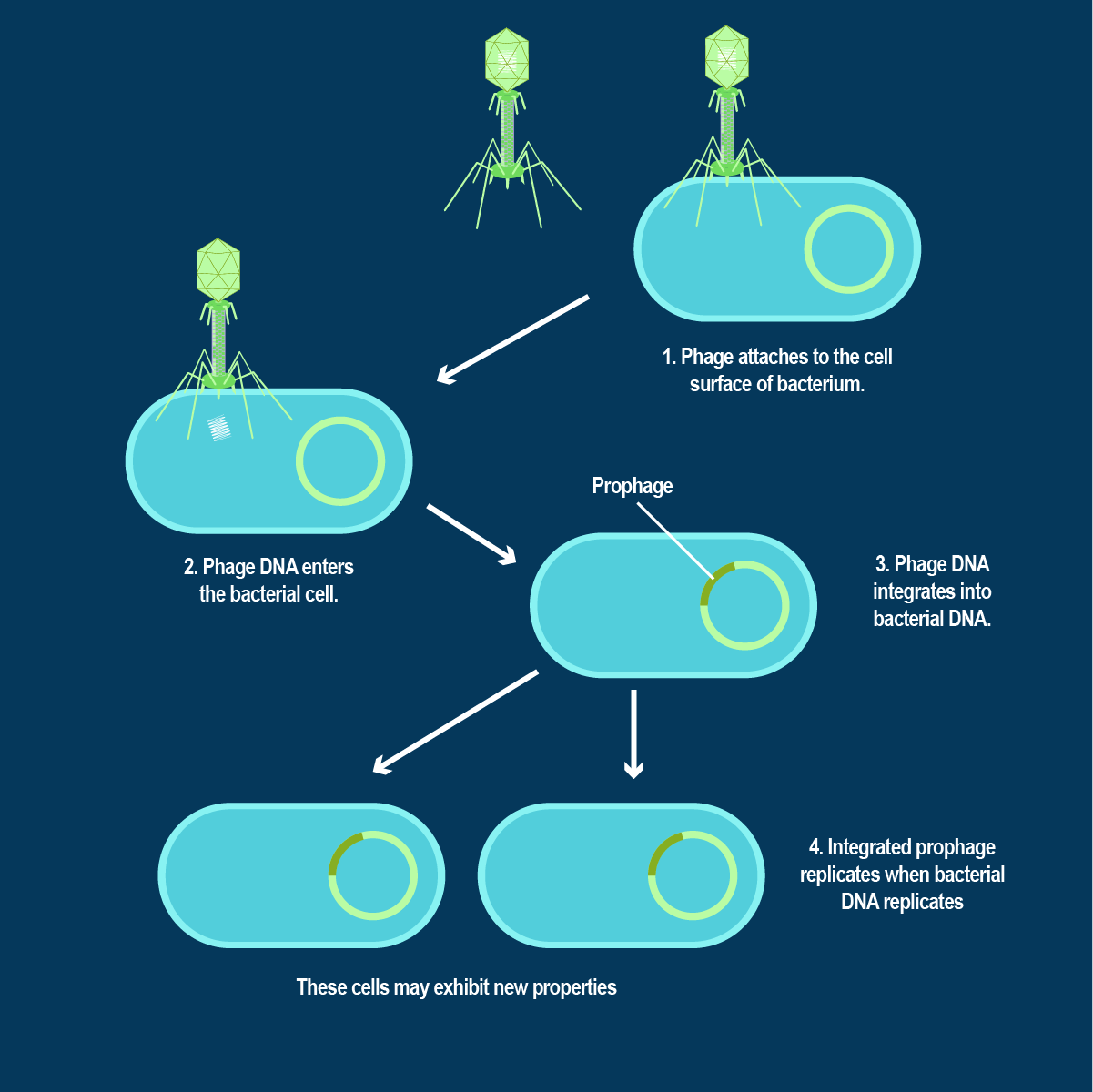 Figure 3. Depiction of the stages of the bacteriophage lysogenic cycle.

Transition from lysogenic to lytic

If a bacterium containing prophage is exposed to stressors, such as UV light, low nutrient conditions, or chemicals like mitomycin C, prophage may spontaneously extract themselves from the host genome and enter the lytic cycle in a process called induction.

This process, however, is not perfect and prophage may sometimes leave portions of their DNA behind or take portions of host DNA with them when they re-circularize. If they then infect a new host cell, they may transport bacterial genes from one strain to another in a process called transduction. This is one method by which antibiotic resistance genes, toxin and superantigen-encoding genes and other virulence traits may spread through a bacterial population.

Recent work has shown that transition between lytic and lysogenic infection is also dependent on the abundance of phage in an area as they are able to produce and sense small peptides in a process akin to quorum sensing4.

Not all bacteria are helpless against phage attack, possessing an “immune system” that allows them to fight back. CRISPR-Cas, which is now synonymous with genetic modification, was first proposed as a bacterial “adaptive immune system” by Francisco Mojica5 and independently by a group from Université Paris-Sud6 in 2005. The CRISPR locus is an array of short repeated sequences separated by spacers with unique sequences. These spacer sequences were found to have homology to viral and plasmid DNA, including phage. When attacked by a previously unencountered phage, new spacers are added at one side of the CRISPR, making the CRISPR a chronological record of the phage the cell and its ancestors have encountered. In response to phage invasion, the CRISPR sequences are transcribed and, in partnership with Cas proteins, target and destroy the phage sequences that are homologous to the spacers sequences.

The Lambda phage, originally isolated from Escherichia coli, is one of the best studied phage and formed the basis of many genetic tools. It has even been said that the use of phage as tools ultimately led to the development of molecular biology as a discipline7. In the 1950s, the phage’s ability to recombine with host DNA was first exploited to manipulate the genomes of Salmonella species and so the process of transduction was born8. Since then, it has been used as a vehicle to move genetic material between many organisms, including fungal gene manipulations9 and even human genes. It was thanks to the humble phage that human insulin was first safely and cheaply produced. It has also opened up applications in high throughput screening of clones, nanomaterial development10, antibacterial treatment for food items, as a diagnostic tool and drug discovery and delivery systems11.

The phage ϕX174 became an unwitting pioneer in 1977 when it was the first organism to have its entire nucleotide sequence determined thanks to Fred Sanger and colleagues12.

Prior to the discovery of antibiotics by Alexander Fleming in 1928, phage were being explored as a method for treating bacterial infections. In the post-antibiotic era, the convenient broad-spectrum activity of antibiotic treatment meant that in most organization’s research into phage therapy was abandoned. However, in many of the former Soviet nations where there was a lack of western antibiotics, research into phage therapies continued through necessity. With the increasing global problems of antibiotic resistance, there has been a resurgence in the phage therapy field in recent years. Whilst phage are able to infect and destroy bacteria and have been successfully used to treat life-threatening infection13, their species and even strain specificity and potential for pre-existing immunity of some bacteria mean targeting a phage treatment is currently not a trivial process and must be tailored to the individual infection. This makes it costly and lengthy. Consequently, it is currently a last resort and there is still much work required in this field.

With the increasing availability and affordability of nucleotide sequencing, there has been an explosion in the numbers of phage genomes submitted to databases over the past two decades14 .

Phage are classified by the International Committee on Taxonomy of Viruses (ICTV), as of their 2017 update, there are 19 families of phage that infect bacteria and archaea (Table 1) but as more samples from more remote areas are sequenced this is only likely to grow in the future.

For mobile users, scroll left and right to view the table data below.