Phagocytosis vs Pinocytosis: Definition and Function

Jonathan Dornell holds a PhD in biochemistry and cell biology from Rice University. His expertise includes the application of genetic, biochemical and microbiological tools to develop solutions for broadly relevant problems.
Learn about our editorial policies

Complete the form below and we will email you a PDF version of "Phagocytosis vs Pinocytosis: Definition and Function"

Phagocytosis is a specialized process by which cells engulf relatively large, solid material. These particles, generally larger than 0.5 μm in diameter, may include apoptotic cells or foreign substances.  Unicellular organisms such as amoebas use phagocytosis to acquire nutrition while cell types of multicellular organisms use this universal process for preventative functions such as tissue homeostasis. Among these cells, certain types are capable of greater efficiency in the phagocytic process, such as monocytes or macriophages. Other, like epithelial cells, are capable of phagocytosis, but at a less efficient rate.

The cellular processes of phagocytosis consist of four distinct phases that include 1) the detection of target material, 2) activation of phagocytosis, 3) the formation and 4) maturation of the phagosome. 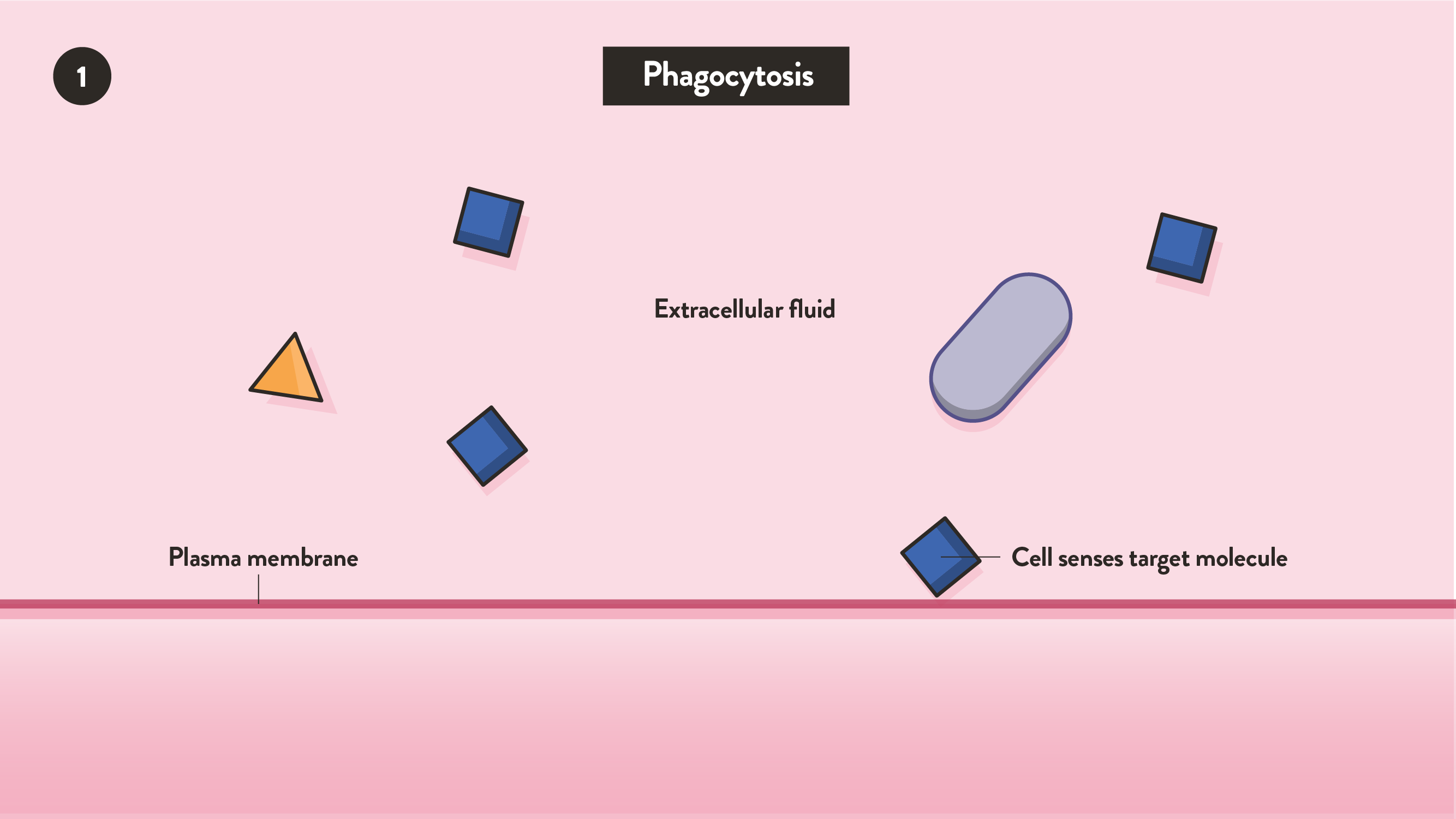 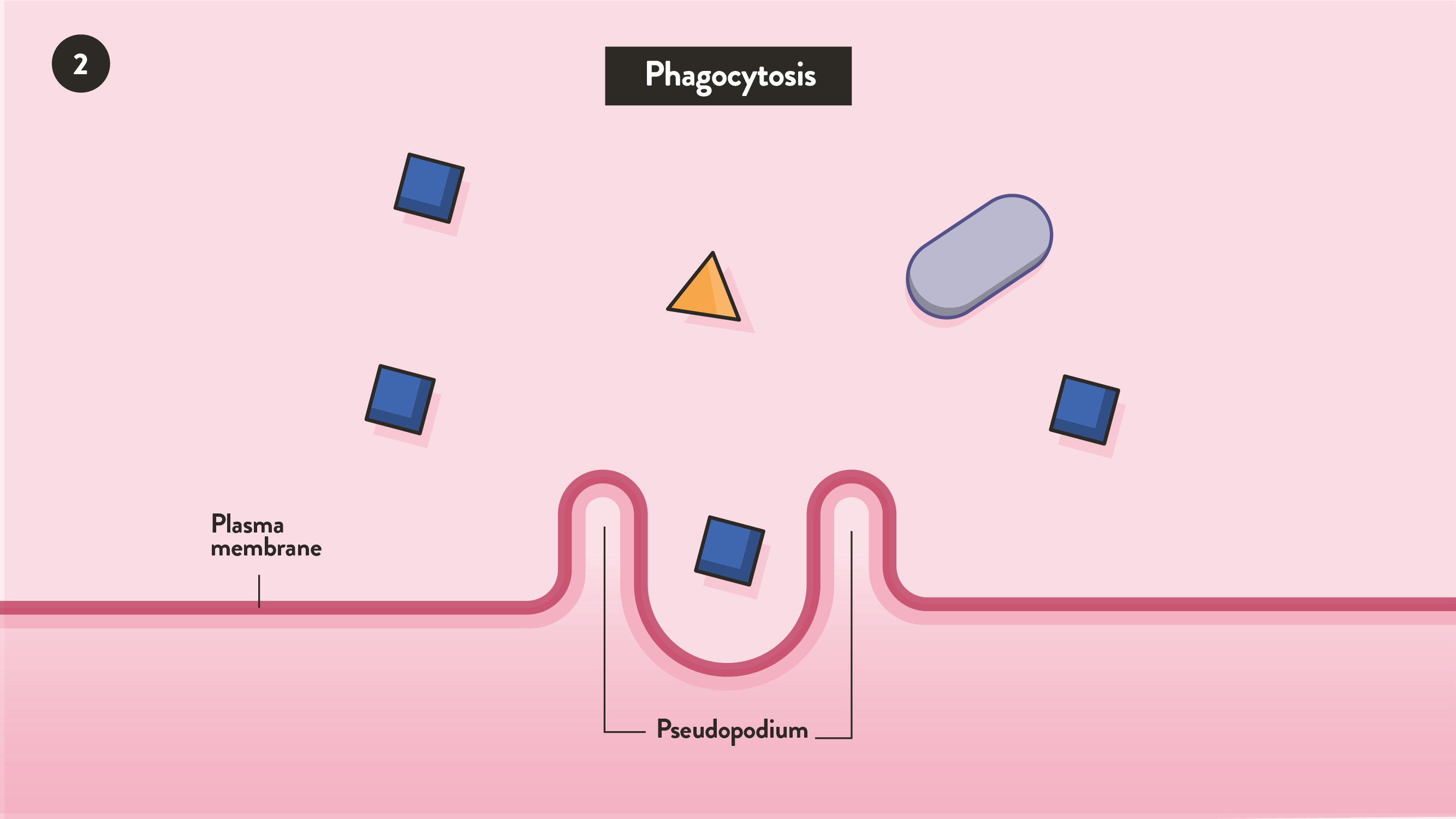 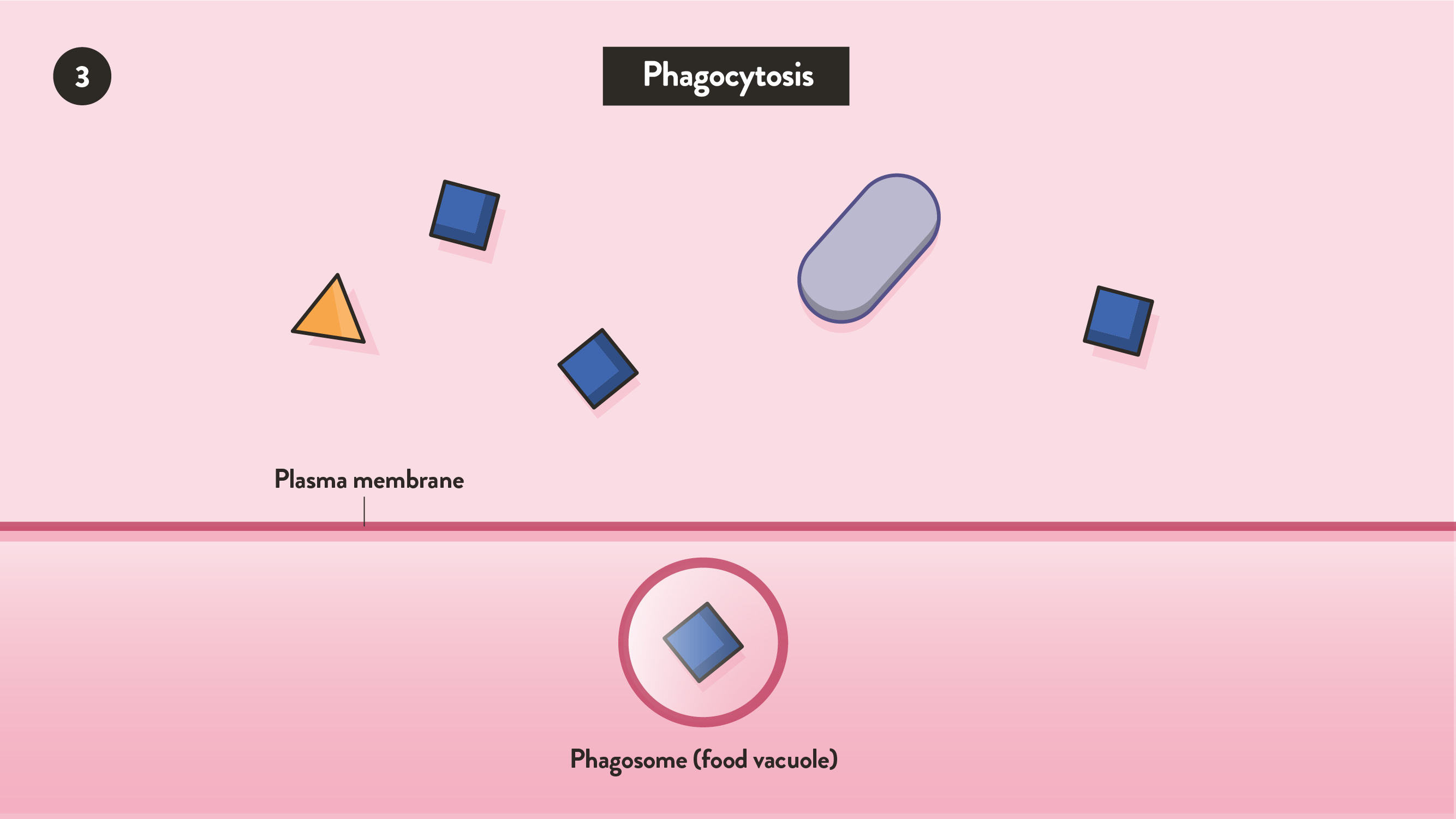 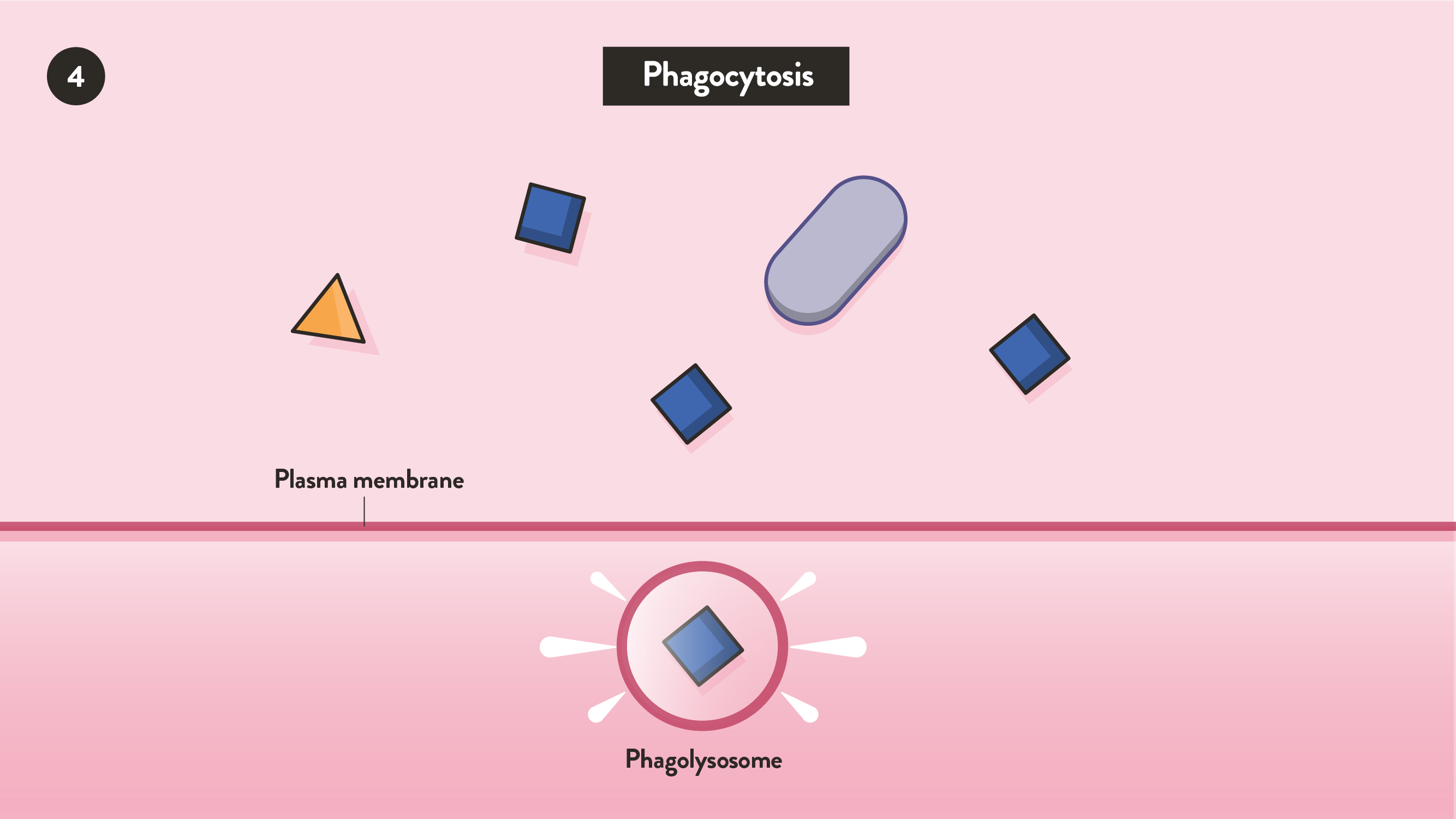 Image 4: Phagosome maturation. Here, the phagosome has merged with a lysosome, forming a phagolysosome.

Maturation of the phagosome is the final phase of phagocytosis (Image 4). Phagosome maturation consists of a series of material handoffs between the original phagosome and cellular compartments specialized in digestion. The early stages of phagosome maturation include a combination of fusion and fission events that prepare the cellular membrane of the maturing phagosome for material digestion. During the final stages of phagocytosis, the internal environment of the mature phagosome becomes more acidic and reactive, which aids the digestion of target material such as microorganisms.

While phagocytosis involves the ingestion of solid material, pinocytosis is the ingestion of surrounding fluid(s).  This type of endocytosis allows a cell to engulf dissolved substances that bind to the cell membrane prior to internalization. Unlike phagocytosis, pinocytosis is a “drinking” mechanism wherein a cell actively engulfs external fluids over time.  Even though pinocytosis differs from other forms of receptor-mediated endocytosis, these terms overlap with one another due to their similarities. 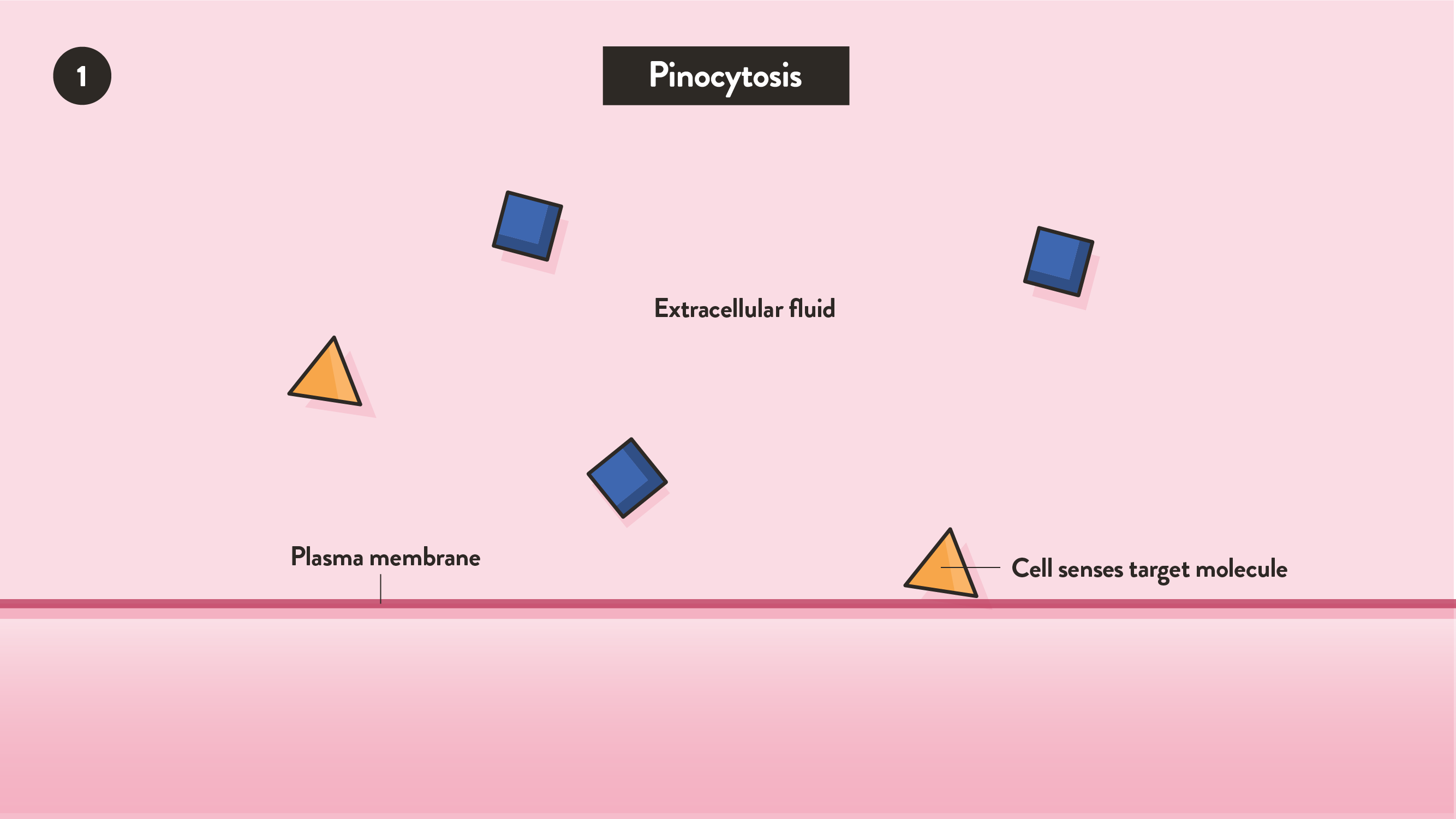 Image 5: Pinocytosis is initiated when the cell senses a soluble substrate.

In humans, pinocytosis primarily occurs when cells absorb nutritional or waste droplets suspended in external fluid. The nutritional molecules that can activate pinocytosis include fats, sugars, proteins, ions or other small molecules. This process begins when a soluble substrate binds to the surface of a cell (image B1) 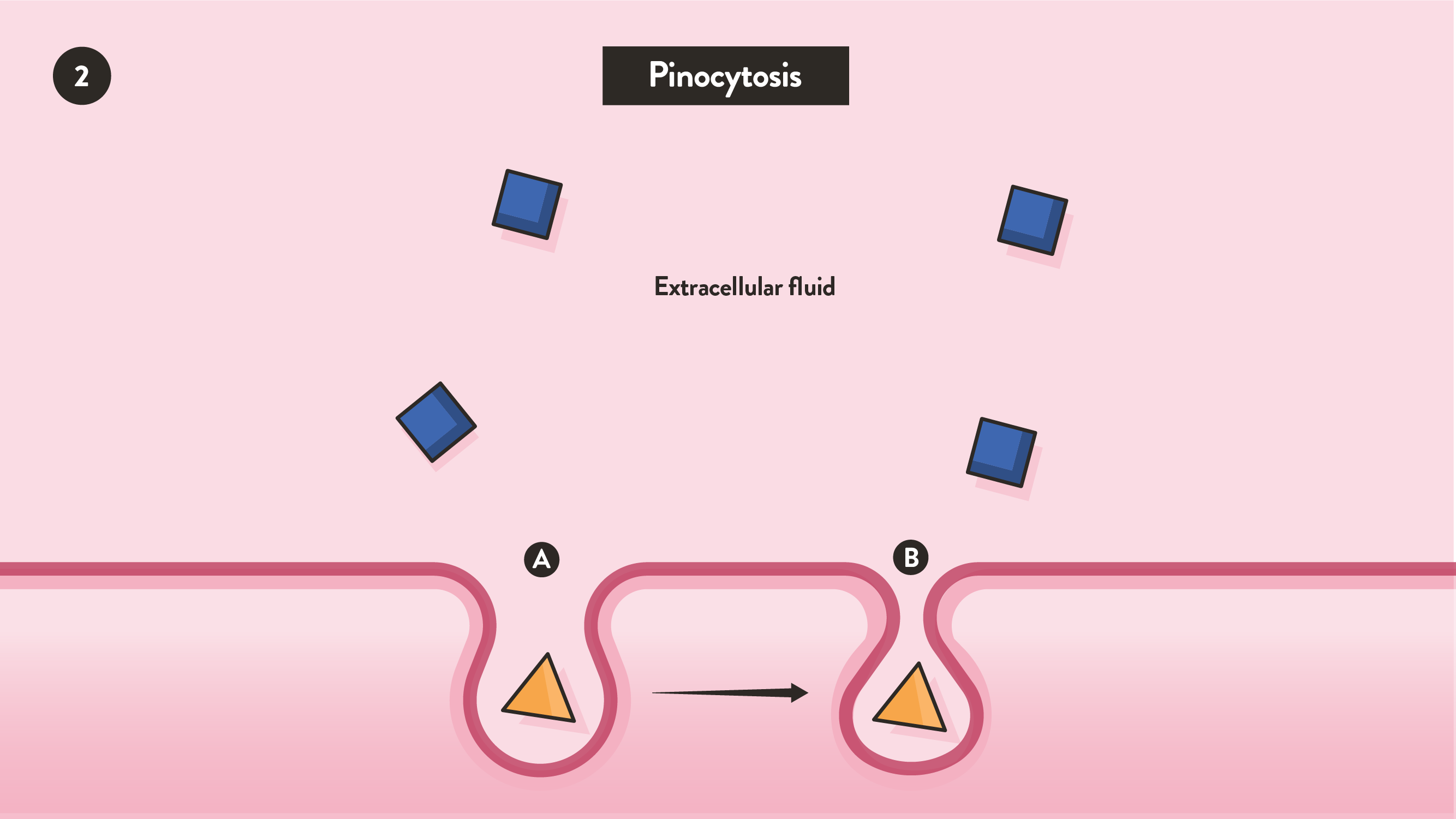 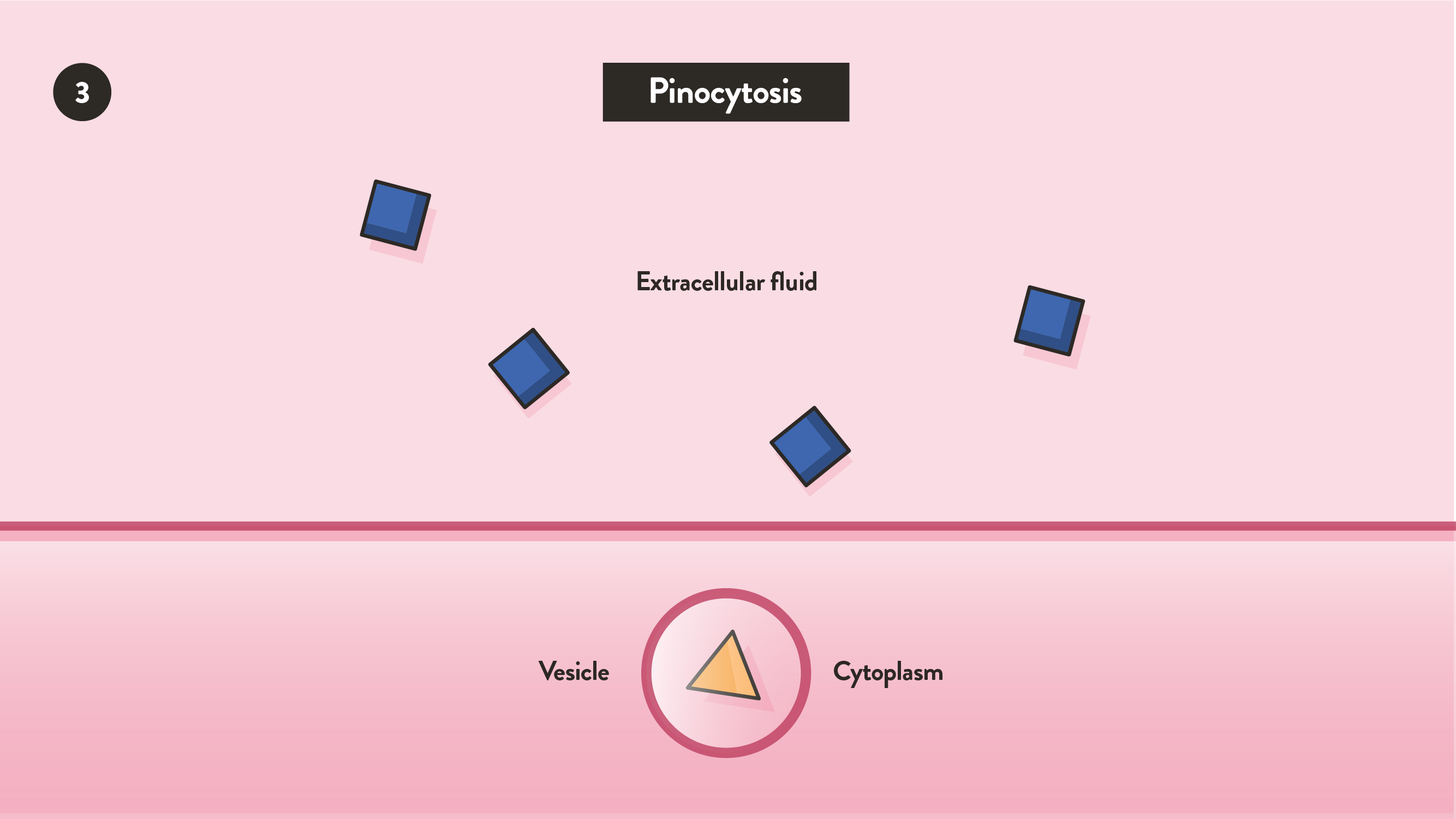 Image 7: The pinosome is internalized.
This pinosome continues to pinch off from the cell membrane (Image 6B) within the cell until it is fully internalized (Image 7). 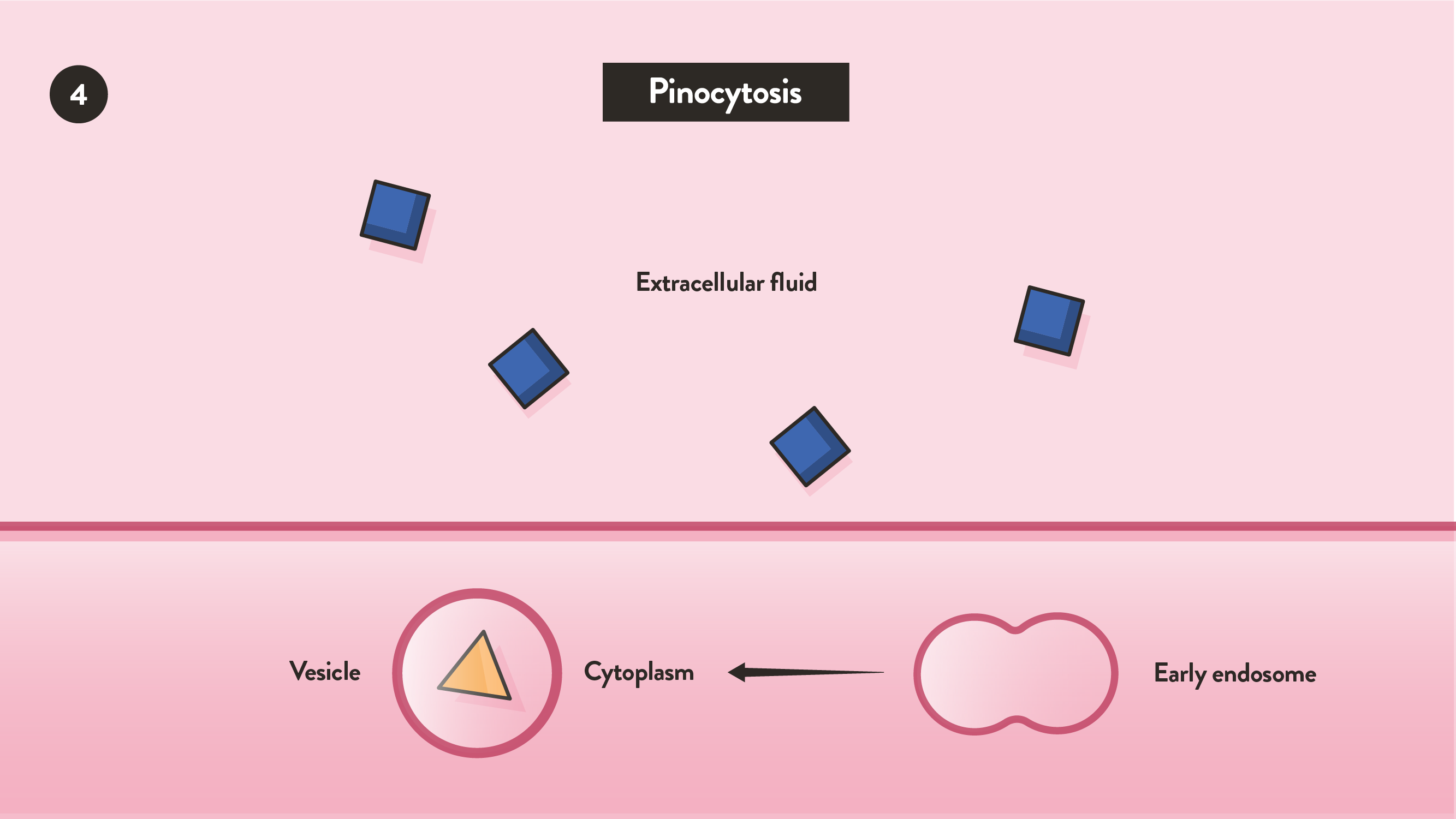 Image 8: The pinosome can now merge with other vacuole, such as the early endosome, to enable breakdown of its contents.
Once the cell fully internalizes this cellular pocket, the newly formed compartment can swap its material with specialized vesicles that can break down substrate into smaller molecules (Image 8).

Micropinocytosis involves the ingestion of fluid material by small vesicles that are typically no larger than 0.1 micron. This process is typically initiated by cell surface lipid domain once they bind to their specific target molecules.1

Examples of phagocytes and phagocytic cells

Phagocytes are a specialized group of cells that perform phagocytosis efficiently. This group includes immune cells such as macrophages, neutrophils and monocytes. Each type of phagocyte has a set of cell surface receptors that can initiate phagocytosis whenever they sense a target particle or pathogen.

Opsonization is an immune process where phagocytes bind to foreign molecules that are linked to host-derived proteins such as antibodies. This process involves the binding of free-floating antibodies to foreign materials so that these potential threats can be identified by the immune system. The tail of each antibody has a segment called the Fc region. This region specifically binds to Fc cell surface proteins found on the surface of phagocytic cells. Opsonization can also occur via the complement system, where a fragment of the system, C3b, acts as a binding site for phagocytes.

Opsonization is completed when a phagocyte identifies the foreign molecules of interest and initiates phagocytosis.

Complete the form below to unlock access to this Audio Article: "Phagocytosis vs Pinocytosis: Definition and Function"

Jonathan Dornell, PhD
More from this author >
Advertisement
Chosen for You
Industry Insight

Natural Killer Cells and Viruses: A Game of Chess Played Over Millennia

Advances in Multiomics Screening of Microbes in Biotechnology