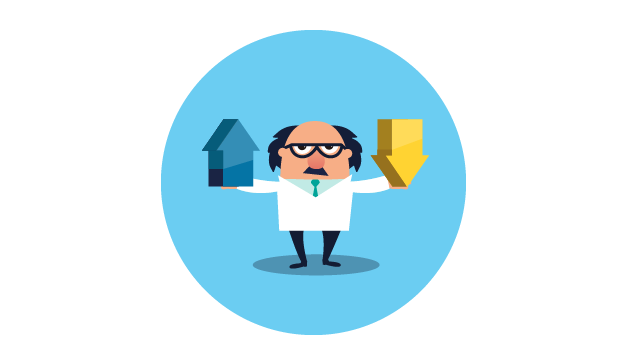 Where results are given on a sliding scale of values, rather than a definitive positive or negative, sensitivity and specificity values are especially important. They allow you to determine where to draw cut-offs for calling a result positive or negative, or maybe even suggest a grey area where a retest would be recommended. For example, by putting the cutoff for a positive result at a very low level (purple dashed line), you may capture all positive samples, and so the test is very sensitive. However, this may mean many samples that are actually negative could be regarded as positive, and so the test would be deemed to have poor specificity. Finding a balance is therefore vital for an effective and usable test. 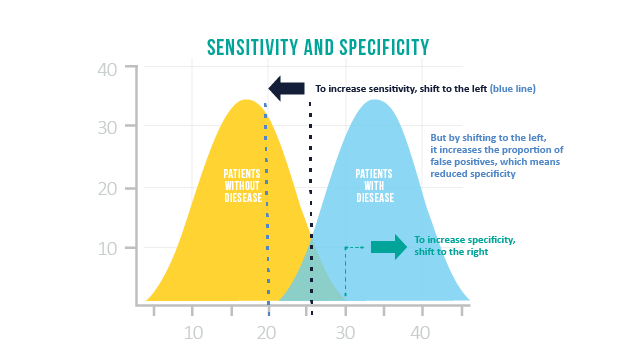 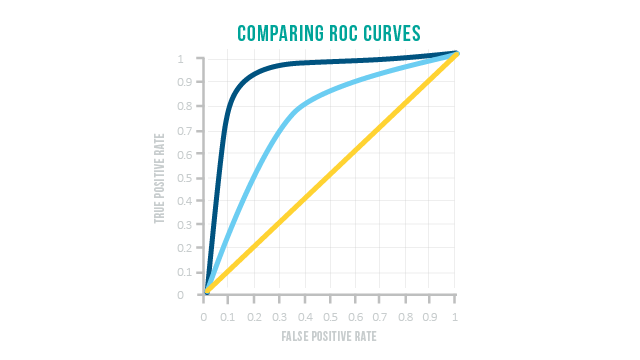