Single-Use Bioprocessing: How Far Can it Go?

The impact of single-use or “disposable” equipment in the manufacture of vaccines and therapeutic proteins has been indelible and wide-ranging. Strictly speaking, single-use bioprocessing (SUB) refers to vessels, conduits and active consumables that come into contact with process fluids once and are then discarded. In its purest sense SUB replaces stainless steel or glass with plastic. In practice, the single-use philosophy has come to incorporate some products that come in fully-usable form or that bioprocessors employ for several runs instead of just one.

“Most of the progress in single-use biomanufacturing, the fullest adoption, has clearly been upstream,” notes Ron Rader, Senior Director, Technical Research at BioPlan Associates (Rockville, MD). “Except for large microbial fermentations and at scales in excess of 2,000 liters upstream processing can be accomplished entirely with single-use equipment, and with many choices among different technologies, bioreactor designs and vendors too. But downstream purification still has many gaps where single-use equipment is not suitable or optimal."

“The unit processes that are continuing to stall the most in terms of lagging adoption of single-use systems are fill and finish operations. Hardly any of the complex hardware used for biopharmaceutical fill-finish is single-use, and it is possible that disposable fill-finish equipment, even if limited only to product contact surfaces, may never be practical. If anything, the machinery used for fill-finish, such as newer one-step aseptic blow-fill-sealing, is becoming more high-tech and mechanically complex." 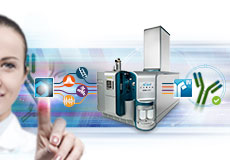 The compact X500B QTOF system from SCIEX will simplify your standard characterization workflows with intuitive SCIEX OS and BioPharmaView™ Software, so even novice mass spec users can run intact mass and peptide mapping analyses quickly and easily. You'll get answers to your characterization and comparability questions fast, and you'll free up your advanced instrumentation and mass spec experts for more complex workflows.

"Mass spec users asked for a system that is purpose built for their application, and SCIEX has listened. The X500B system brings a new level of simplicity, robustness and integration to streamline the complex world of biologics characterization."

In fact, the greatest single-use product successes, the products with the highest market penetration, are tubing and filters, which are now almost always of the single-use variety. Plastic tubing is also used universally in stainless steel facilities, while nearly all filters are now single-use with no options for recycling.

Through the early 2000s scales rose from benchtop to pilot to full-scale manufacturing, up to 2000-liter volumes. Large vendors acquiring single-use startups began to stress integration of single-use bioreactors with other unit operations, from which the then-common (and still useful) “hybrid system” buzzword emerged. Simultaneously, practical product titers particularly for monoclonal antibodies rose approximately tenfold, thereby rendering the size limitation for bioprocess bags moot for a majority of products, at least up to pilot scale.

The success of SUB, and its future as an evolving manufacturing technology, stems from its near-elimination of non-value-added activities, including chromatography column packing but particularly specifically tedious, time-consuming, expensive, and highly regulated cleaning and cleaning validation of fixed-tank bioreactors and feed lines. Product cross-contamination becomes a thing of the past and threats from pathogens are greatly diminished when equipment is used once and then discarded.

For single-use bioreactors the economics of use-and-toss compared with use, clean, validate, and reuse have been amply demonstrated and are now widely accepted. The rise of multi-product facilities, contract manufacturing and outsourced product development have moreover created an environment where speed and flexibility -- difficult to achieve with fixed-tank equipment -- are at a premium.

Given the proven economic and operational benefits of single-use processing, several nagging questions remain for equipment vendors and end-users: How far can we go? For which unit operations is disposability still an issue? Where can we expect significant further improvements? Which process steps are hopeless causes with respect to single-use? 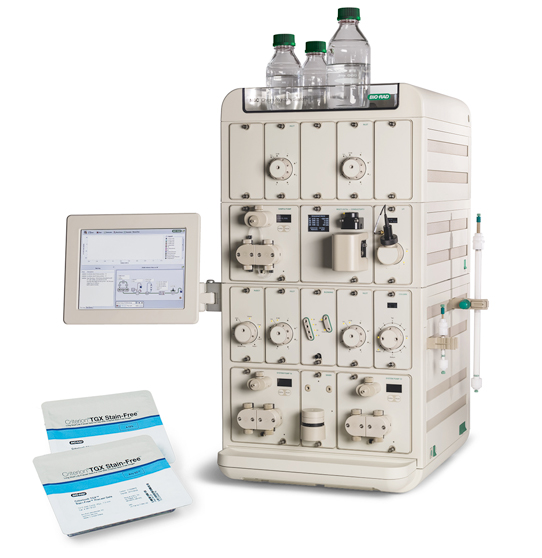 Dr. Stefan Schmidt, Senior VP of Process Science and Production at Rentschler Biotechnologie (Laupheim, Germany), breaks down the operational components of single-use into cost, quality, time, and safety. One could conceive of a model where “value” takes the top rung above Schmidt’s four factors.

While clearly advocating for single-use, Schmidt notices some capability gaps. “We have not yet reached complete satisfaction with reactors for microbial processes,” Schmidt tells Technology Networks. “Issues still remain with aeration, mixing and heat dissipation. But maybe this is not fully relevant, as microbial processes are of much shorter duration than mammalian processes and options for working with intracellular expression systems involving inclusion bodies.”

Where fermentations last for days, cell culture takes weeks. Continuous cell culture -- an operation that relies heavily on single-use equipment -- may go on for months.

Schmidt continues: “The other area for improvement are downstream unit operations. Here still not all geometries, dimensions and resins for columns are available at larger scale. Chromatography skids and tangential flow filtration devices, to name two, are also unavailable at all volumetric scales of interest.” Another area that falls short are bioprocess sensors which, in disposable formats, lack measurement ranges, precision, and robustness.

Andrew Bulpin, Head of Process Solutions Strategic Marketing & Innovation, MilliporeSigma, comments on another deficiency, sensors for monitoring and controlling bioreactors, as a “significant gap” for enabling a significant single-use trend: “As our industry moves toward continuous processing, perfusion bioreactor systems, including disposable cell retention devices with integrated controls and automation,” will be “an area for innovation” and a significant focus at MilliporeSigma. “Single-use is still a relatively young technology, so we’re confident that these needs can and will be addressed.”

While noting how some single-use applications have become routine in terms of design and adoption, Bulpin notes that “there are still areas for improvement on standardization and delivery performance for these single-use products.” MilliporeSigma has addressed this need through its Mobius® MyWay portfolio, which allows users to customize single-use systems from a component library and promises product lead times of just six weeks.

Overall, Bulpin expresses optimism. “There are a few holdouts for single-use adoption, including cell banking where extremely low temperatures are required, and operations involving high pressures and flow rates, for example certain chromatography and ultrafiltration processes. With improvements in materials of construction and single-use pump and system designs, these applications are also likely to convert to single-use.”

Microbial fermentations have been a disappointment for proponents of disposable. Maximum oxygen transfer rates achievable in plastic bioreactors for microbial processes are limited, as is maximum achievable cooling capacity. “Also in that context, most suppliers do not share reliable scientific evidence when asked about oxygen transfer rate, or when their systems experience maximum measured oxygen uptake rates while still controlling dissolved oxygen above zero,” says Diego Schmidhalter, Ph.D., Head of Research & Technology for Microbial Biopharmaceuticals at Lonza Pharma & Biotech (Basel, Switzerland).

Schmidthalter notes that “suppliers have put significant effort into the development of disposable path chromatography systems.” But, due to the high cost of purification resins, chromatography will probably be the last application where single-use catches on to any great degree. Users traditionally recondition columns and reuse, which is itself a costly, time-consuming exercise.

From Schmidthalter’s perspective, some unit operations have reached a comfortable status quo with respect to disposability. These include cell culture inoculum expansion and product/buffer hold bags, which have shown “little improvement over time though built-in [single-use] sensors would be an advantage.”

But the nature and requirements of downstream bioprocessing, coupled with the high costs of chromatography media, have hindered single-use purification technology. A decade ago a small number of vendors floated the idea that elute-and-toss could be cost-effective in some instances even for expensive gels, like protein A affinity capture resins, which run about €15,000 per liter. This idea morphed from true single-use to “single campaign,” which extended resin use for several production runs of the same product, with cleaning between lots.

Schmidthalter also sees some potential dead ends. “Reasonably-performing single-use centrifugation is currently only available with limited capacity for mammalian bioprocessing, and disposable centrifugation for bacterial cells is out of sight.” Similarly, high-performing filtration systems are lacking for mammalian and microbial fermentations exceeding a certain biomass. Schmidthalter goes so far as to say there is “no sign of 1000-liter scale single-use bioreactors for handling high cell density microbial production of recombinant biopharmaceuticals.” Furthermore, the rigidity of currently available tubing limits achievable flows, to the point where disposable pump head technology cannot be exploited.

Materials of construction for single-use materials -- leachables and extractables being worthy of separate treatment -- becomes a limiting factor for products involving more classical organic chemistry, such as antibody drug conjugates. The attraction between polymeric films and lipophilic media components such as cholesterol becomes a further limitation.

read about: vaccine development in the 21st Century

Gruvegård expects continuing improvements for harvest and viral inactivation as well. GE boasts the largest standard automated single-use mixer on the market, which according to the company enables the harvest of 2000-liter bioreactor cell cultures in one single-use mixer instead of several mixers.

END_OF_DOCUMENT_TOKEN_TO_BE_REPLACED

Certain advances in technology don’t just promise new capabilities but threaten to change from the ground up how research is conducted in a lab group or company. In this interview, I speak to ACD/Labs' Andrew Anderson about how the day-to-day life of a chemist has been changed by technologies like AI and automation.

END_OF_DOCUMENT_TOKEN_TO_BE_REPLACED

The Dark Side of Synthetic Fleece—Speaking of Chemistry