Gut Bacteria Produce Molecules That Are Toxic to DNA

Researchers from Yale University have discovered that certain species of bacteria in the gut produce “genotoxins”. These toxins can cause DNA damage and may influence the development of colorectal cancer. Their research is published in the journal Science.

Only recently have we begun to understand the critical role that the microbiome plays in regulating a healthy physiological state. The community of microbes found in the gut – known collectively as the gut microbiome – are particularly important for regulation of functions such as the immune response. But not all microbes have good intentions.

Some bacteria in the gut are capable of producing genotoxins, which can lead to the development of cancerous cells. Specific strains of Escherichia coli (E. coli) produce the genotoxin colibactin, which causes the formation of double-strand DNA breaks. In mouse models, colibactin-producing E.coli can exacerbate tumor growth in colorectal cancer (CRC).

An agent or chemical that can cause damage to DNA or chromosomes. If this damage occurs in a germ (sex) cell, it can potentially be inherited. If the damage occurs to a somatic (non-sex) cell, the damage may cause mutations that could result in cancer.

It’s likely that, among the trillions of bacteria that inhabit the gut, there are others producing genotoxins. A new study led by Dr. Yiyun Cao, assistant professor in the Department of Immunology at Yale University, has explored the gut bacterial landscape in patients with inflammatory bowel disease (IBD), a condition that is known to increase CRC risk.

“We hypothesized that additional taxa from the human gut microbiome might produce previously undiscovered small molecules that cause DNA damage in host cells,” the authors write. 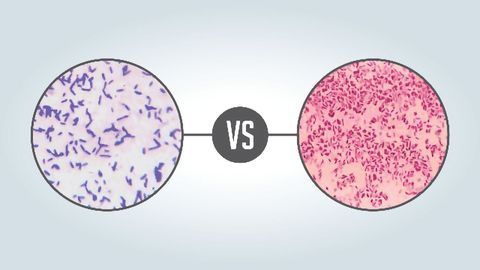 END_OF_DOCUMENT_TOKEN_TO_BE_REPLACED

Focusing their analyses specifically on M. morganii – a species of bacteria that is enriched in the guts of CRC and IBD patients – Cao and colleagues uncovered the production of small-molecule genotoxins called indolimines. In cell assays, indolimines exhibit signatures of DNA damage.

A bacterial enzyme, aspartate aminotransferase, was found to be essential for the synthesis of indolimines. The researchers created strains of M. morganii carrying a mutated form of the enzyme, which rendered it dysfunctional. Removing the function of the enzyme resulted in a lack of genotoxicity in cell-free and cell-based assays.

Cao and colleagues hypothesize that some species of bacteria may produce genotoxins as a competitive function, “driving out” other species to create more free space in the microbiome. They hope that “the identification of dangerous genotoxins could improve CRC diagnosis and therapies in the future.”

This article is a rework of a press release issued by Yale University. Material has been edited for length and content.