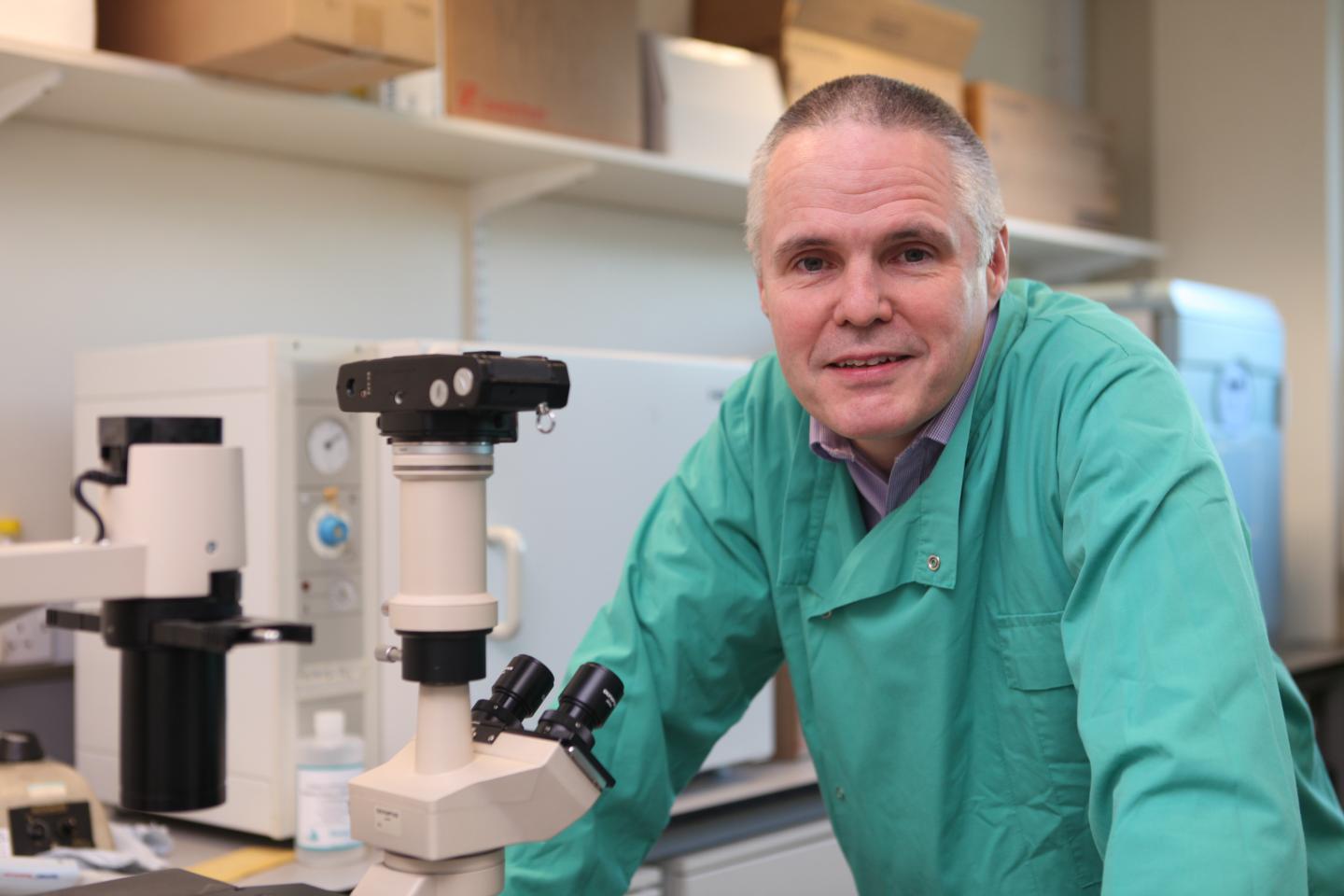 The drug, known as HRX9, works by preventing the cancer cells from avoiding apoptosis - the natural process by which unhealthy and damaged cells close themselves down and die.

"Both the immune system and nearby healthy cells send signals instructing damaged and unhealthy cells to undergo apoptosis, which is like programmed 'cell suicide'. But cancer cells have developed a wide range of strategies to ignore these instructions," says Professor Richard Morgan, from the University of Bradford's Institute of Cancer Therapeutics, who developed the drug and who led the research.

"There's a range of drugs which try to force apoptosis in different cancers, but this is the first one to work in mesothelioma."

Mesothelioma is a cancer of the lining of the lung. It's almost invariably caused by exposure to asbestos and is resistant to all current chemotherapies. Its prognosis is dismal, with those diagnosed usually given a year to live at most.

A study by the universities of Bradford and Surrey found that after three weeks' treatment with HXR9, human mesothelioma tumours in mice stopped growing, with a complete loss of tumour blood vessels and widespread cancer cell death.

HXR9 targets the HOX gene family, which includes 39 fairly similar genes that help enable the remarkably rapid cell division in growing embryos. Many of these genes are usually switched off in adults, but previous research has shown that in many cancers - including prostate, ovarian, and brain cancer, melanoma, and leukaemia - HOX genes are switched back on, helping the cancer cells to proliferate and survive.

"We've effectively knocked out a key defence mechanism in this cancer through targeting the HOX genes," says Professor Morgan.

A further key finding reported in the study, funded by the British Lung Foundation, was that mesothelioma has a very strong association with one of the HOX genes in particular - known as HOXB4.

"We examined the amount of HOXB4 protein in tumours of 21 mesothelioma patients and compared it with their length of survival. There was a clear link: the more HOXB4 we found, the shorter time the patient survived, so we may also have found a way to predict which patients have the most aggressive form of this cancer," says Professor Morgan.

Because of greater awareness of the danger of asbestos in the West, the future incidence of mesothelioma is expected to decline. However, in Africa and some parts of Asia, asbestos is still commonly used in industries such as construction and ship building, and few precautions are taken when demolishing buildings that contain asbestos.

"Mesothelioma may become much less of a problem in the West, but it's still going to be a significant public health problem in many parts of the world. We already know that it's resistant to available drugs, which is why we need entirely new treatments," says Professor Morgan.

Ian Jarrold, Head of Research at British Lung Foundation said: "Although still early days, this study is a significant step forward in that it is the first time a drug has been observed causing so-called 'cell suicide' in mesothelioma.

"People living with mesothelioma often tell us that among their first reactions to diagnosis is despair at the lack of treatment available. We hope that the progress being made in research we fund will soon provide new treatments and new hope for patients."