Scientists at Los Alamos National Laboratory have created a computational model that could change the way that researchers look at possibilities for an HIV-1 vaccine.

“An effective HIV-1 vaccine has proven elusive, partly due to the difficulty of causing an immune response that can neutralize the diverse viral strains circulating in the human population,” said Alan Perelson, of Los Alamos’ Theoretical Biology and Biophysics group. “Harnessing the power of broadly neutralizing antibodies, which emerge years into a chronic HIV infection, could help overcome this challenge.”

Shishi Luo and Perelson, published their findings in the paper “Competitive exclusion by autologous antibodies can prevent broad HIV-1 antibodies from arising.” 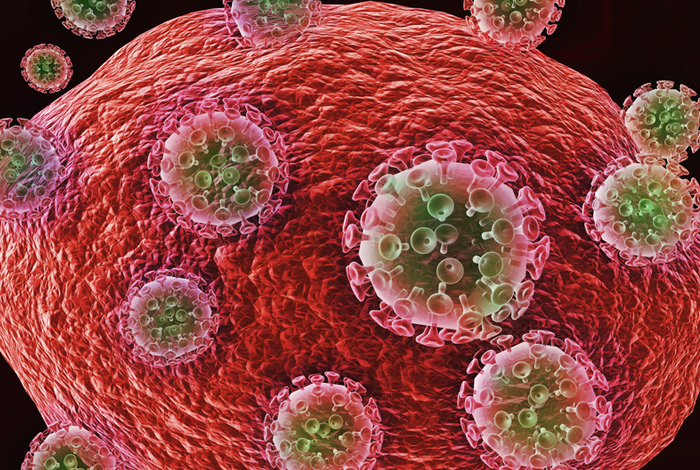 They used a mathematical model to examine how broadly neutralizing antibodies coevolve with HIV. By simulating the co-evolution of multiple viral strains and antibody populations, Perelson and Luo show that broadly neutralizing antibodies emerge late in infection due to competition from the highly specific antibody response to the dominant viral species in an infected person.

In their model, broadly neutralizing antibodies emerge earlier, and face less competition, in infections caused by multiple distinct strains of HIV compared with single strains. The findings support the view that a vaccine containing a mixture of diverse viral strains might reduce this competition, reduce the number of antibody mutations and elicit broadly neutralizing antibodies earlier in infection.