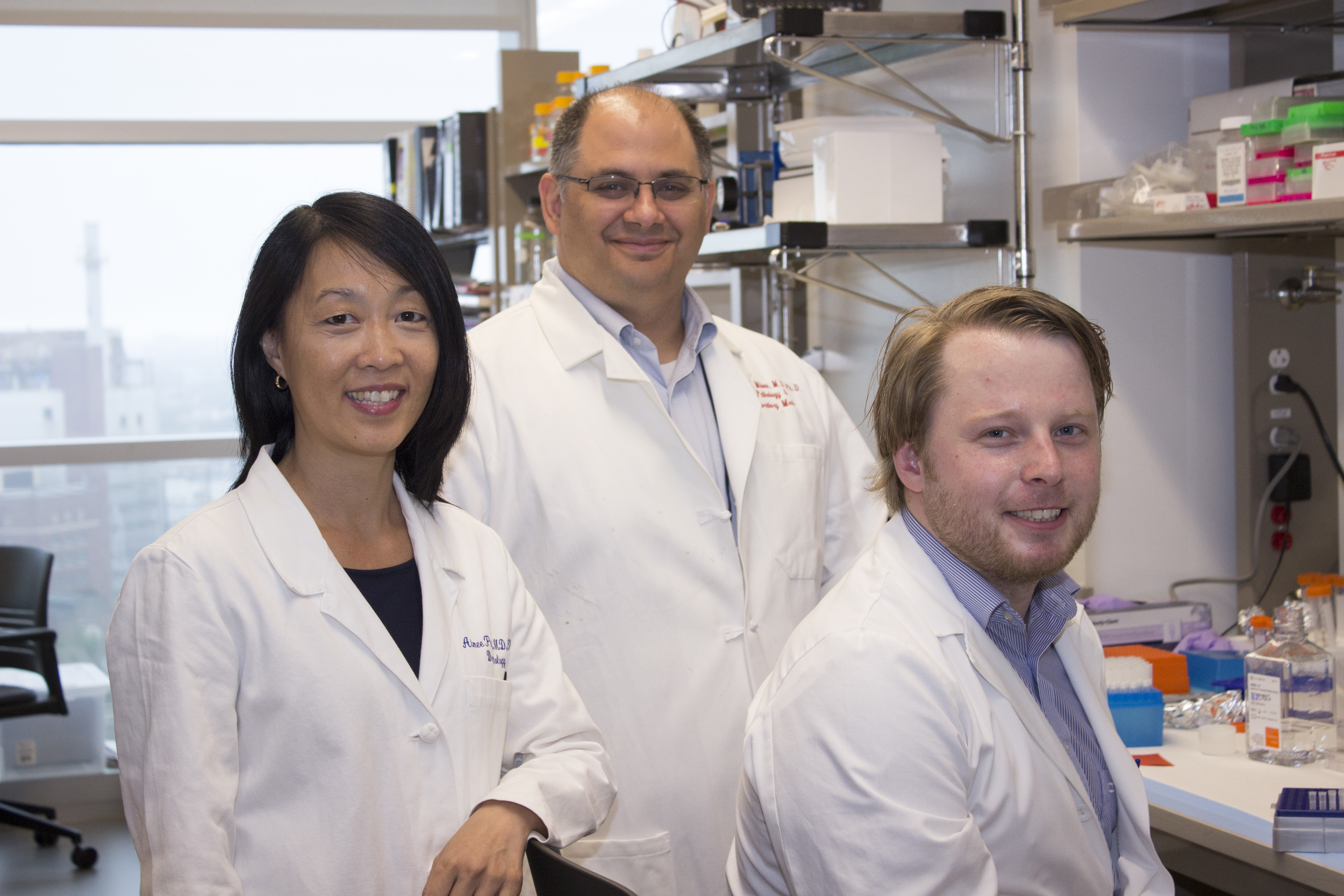 In a study with potentially major implications for the future treatment of autoimmunity and related conditions, scientists from the Perelman School of Medicine at the University of Pennsylvania have found a way to remove the subset of antibody-making cells that cause an autoimmune disease, without harming the rest of the immune system. The autoimmune disease the team studied is called pemphigus vulgaris (PV), a condition in which a patient’s own immune cells attack a protein called desmoglein-3 (Dsg3) that normally adheres skin cells.

The Penn researchers demonstrated their new technique by successfully treating an otherwise fatal autoimmune disease in a mouse model, without apparent off-target effects, which could harm healthy tissue. The results are published in an online First Release paper in Science.

Payne and her co-senior author Michael C. Milone, MD, PhD, an assistant professor of Pathology and Laboratory Medicine, adapted the technique from the promising anti-cancer strategy by which T cells are engineered to destroy malignant cells in certain leukemias and lymphomas.

“Our study effectively opens up the application of this anti-cancer technology to the treatment of a much wider range of diseases, including autoimmunity and transplant rejection,” Milone said.

The key element in the new strategy is based on an artificial target-recognizing receptor, called a chimeric antigen receptor, or CAR, which can be engineered into patients’ T cells. In human trials, researchers remove some of patients’ T cells through a process similar to dialysis and then engineer them in a laboratory to add the gene for the CAR so that the new receptor is expressed in the T cells. The new cells are then multiplied in the lab before re-infusing them into the patient. The T cells use their CAR receptors to bind to molecules on target cells, and the act of binding triggers an internal signal that strongly activates the T cells -- so that they swiftly destroy their targets.

The basic CAR T cell concept was first described in the late 1980s, principally as an anti-cancer strategy, but technical challenges delayed its translation into successful therapies. Since 2011, though, experimental CAR T cell treatments for B cell leukemias and lymphomas -- cancers in which patients’ healthy B cells turn cancerous -- have been successful in some patients for whom all standard therapies had failed.

B cells, which produce antibodies, can also cause autoimmunity. Payne researches autoimmunity, and a few years ago, a postdoctoral researcher in her laboratory, Christoph T. Ellebrecht, MD, took an interest in CAR T cell technology as a potential weapon against B cell-related autoimmune diseases. Soon Payne’s lab teamed up with Milone’s, which studies CAR T cell technology, in the hope of finding a powerful new way to treat these ailments.

“We thought we could adapt this technology that’s really good at killing all B cells in the body to target specifically the B cells that make antibodies that cause autoimmune disease,” said Milone.

“Targeting just the cells that cause autoimmunity has been the ultimate goal for therapy in this field,” noted Payne.

In the new study, for which Ellebrecht was first author, the team took aim at pemphigus vulgaris. This condition occurs when a patient’s antibodies attack molecules that normally keep skin cells together. When left untreated, PV leads to extensive skin blistering and is almost always fatal, but in recent decades the condition has been treatable with broadly immunosuppressive drugs such as prednisone, mycophenolate mofetil, and rituximab.

To treat PV without causing broad immunosuppression, the Penn team designed an artificial CAR-type receptor that would direct patients’ T cells to attack only the B cells producing harmful anti-Dsg3 antibodies.

The team developed a “chimeric autoantibody receptor,” or CAAR, that displays fragments of the autoantigen Dsg3 -- the same fragments to which PV-causing antibodies and their B cells typically bind, as Payne’s laboratory and others have shown in prior studies. The artificial receptor acts as a lure for the B cells that target Dsg3, bringing them into fatal contact with the therapeutic T cells.

Testing many variants, the team eventually found an artificial receptor design that worked well in cell culture, enabling host T cells to efficiently destroy cells producing antibodies to desmoglein, including those derived from PV patients. The engineered T cells also performed successfully in a mouse model of PV, killing desmoglein-specific B cells and preventing blistering and other manifestations of autoimmunity in the animals.

“We were able to show that the treatment killed all the Dsg3-specific B cells, a proof of concept that this approach works,” Payne said.

T cell therapies can be complicated by many factors. But in these experiments, the Penn scientists’ engineered cells maintained their potency despite the presence of anti-Dsg3 antibodies that might have swarmed their artificial receptors. In addition, there were no signs that the engineered T cells caused side effects by hitting the wrong cellular targets in the mice.

The team now plans to test their treatment in dogs, which can also develop PV and often die from the disease. “If we can use this technology to cure PV safely in dogs, it would be a breakthrough for veterinary medicine, and would hopefully pave the way for trials of this therapy in human pemphigus patients,” Payne said.

Also on the horizon for the Penn scientists are applications of CAAR T cell technology for other types of autoimmunity. The immune rejection that complicates organ transplants, and normally requires long-term immunosuppressive drug therapy, may also be treatable with CAAR T cell technology.

“If you can identify a specific marker of a B cell that you want to target, then in principle this strategy can work,” Payne said.