Published in the journal Nature Communications, the development overcomes a critical challenge in biomedicine by ensuring important proteins remain effective in hostile environments.

The new shell developed by CSIRO, The University of Adelaide and the Australian Synchrotron, could hold the key to cost-effectively preserving and extending the shelf-life of vaccines in extreme temperatures without refrigeration.

This could significantly benefit healthcare in developing countries where life-saving vaccines often need to be transported over long distances to reach everyone who needs them.

“Like a house is made of bricks, living organisms are made up of proteins which play a critical role in the body,” CSIRO lead researcher Dr Kang Liang said.

“But unlike bricks, proteins are fragile and their function alters or perishes when exposed to heat, pressure and pollutants.

“Inspired by a sea urchin’s outer shell, which supports and protects its fragile body, we’ve come up with a porous shell that grows around important proteins such as enzymes to protect them on the inside.

“Our shell offers a low-cost solution to protecting proteins for making and enhancing drugs and other products where sensitivity has long been an issue.”

The shell is made of an extremely porous material called metal organic frameworks (MOFs) that has a flexible and customisable cage-like structure. 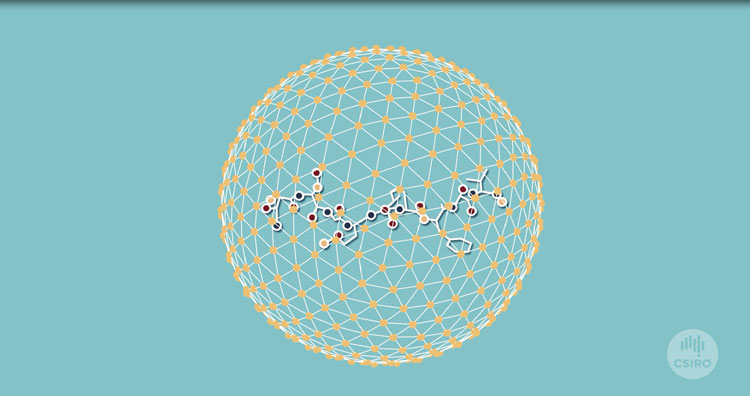 The MOFs provide a porous protective shell around the protein

“The shell’s tiny cage holes are similar to a sea creature’s pores and are designed to capture, trap or release specific biomolecules,” Dr Liang said.

“We are currently investigating important biomolecules including DNA, antibodies and those used in vaccines,” Dr Falcaro said.

“Based on our laboratory trials, the shell could protect a vaccine vial for only a few dollars and at a commercial scale we would work to make it even cheaper. This cost is insignificant when a vaccine can cost up to hundreds of dollars per dose.”

CSIRO is developing a range of technologies for making and using MOFs that span capturing carbon dioxide from the atmosphere, separating and storing gases, and decontaminating water and soils. These technologies offer industry significant productivity and environmental benefits.

Later this year, Dr Liang will join fellow CSIRO colleague Dr Paul Berkman and 11 other young Australians who were selected to attend the 65th Lindau Nobel Laureate Meeting – the Oscars equivalent of the science world. 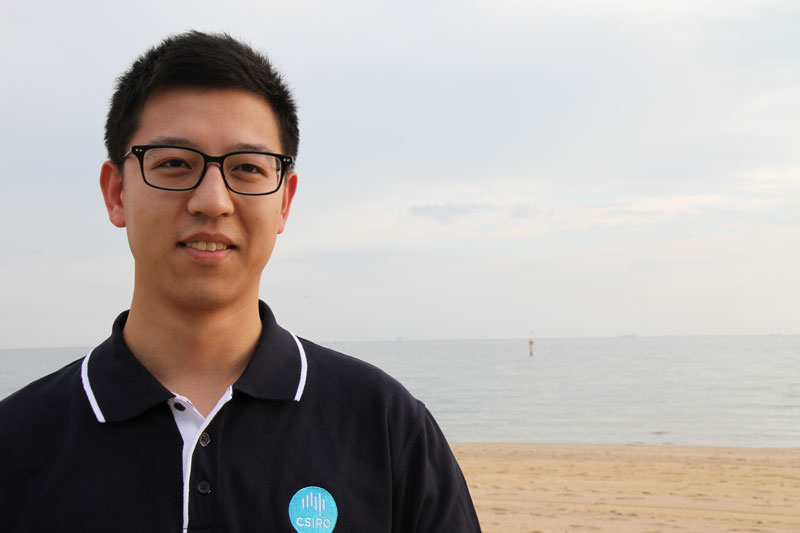