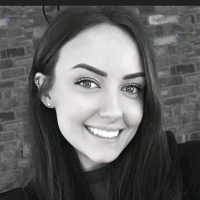 The Extraordinary Grace campaign was launched by SCIEX to highlight the barriers faced by women and underrepresented groups in science and change the culture to one where everyone is welcomed and valued.

In our latest podcast series, Technology Networks teamed up with SCIEX to explore the topics behind their Extraordinary Grace campaign and to hear how they will impact future generations of scientists.

Throughout the series, our host Lucy Lawrence is joined by esteemed STEM advocates, scientists and diversity, equity and inclusion experts. They share their experiences on a variety of topics, from the power of mentoring and knowing your self-worth, to reacting to bias and breaking stereotypes.

By listening to this podcast, you’ll be joining an unprecedented conversation in science. Now, wouldn’t that be extraordinary?

All episodes are available to listen to NOW wherever you get your podcasts.