Handling large amounts of data isn’t easy. Different formats and compatibilities can make keeping track of all the information your organization produces a gargantuan task. Luckily, there are a host of informatics systems available to help you with that task. Unluckily, each of these systems often appears to offer as many different features and functions as there are types of data, and working out where one data system begins and another ends can prove just as challenging as the problem they were brought in to solve.

CSols Inc. is an independent informatics consultancy that exists to help smooth out the myriad problems of implementing data solutions in research and industry. In this article, we look at the key differences between four common types of informatics systems – Electronic Lab Notebooks (ELN), Laboratory Information Management Systems (LIMS), Chromatography Data Systems (CDS), and Laboratory Execution Systems (LES). CSols’ Delivery Manager, Geoff Turnbull, helps us answer some important questions on the role these systems each have to play, where they overlap with each other, and why we don’t just have one overarching system to rule them all.

Ruairi Mackenzie (RM): Could you give us an overview of what an ELN is?

Geoff Turnbull (GT): In its simplest form, an electronic lab notebook (ELN) is really a digital replacement for the traditional paper lab notebook where a scientist or analyst records everything associated with his experiment.

However, an ELN offers a lot more than just replacing the paper notebook. It also provides the ability to standardize the workflow somewhat. For example, you could provide some structure around your experiments by configuring templates so that minimally, you have the same sections being filled out, including the entry of appropriate metadata, for every experiment performed within your organization. This makes it easier to search for and correlate experimental data maintained within your ELN.

Workflow automation takes your ELN to the next level. In the chemistry domain you can design your experimental reactions, use chemical drawing tools such as ChemDraw, look up reagents from corporate and external resources, automate your internal procedures, capture results and metadata and record your observations. In the biology domain your ELN can support experiments on complex large molecules such as cell lines, antibodies and proteins. In both cases instrument interfacing, sample management, and inventory management play important roles.

Perhaps the most important benefits of using an ELN are efficiency gains, the ability to perform data analytics and visualization on the large quantities of captured data and the ability to collaborate amongst researchers. Collaboration is becoming increasingly important as more companies move to a virtual research world where instead of specific research being performed by a single group within the organization it is spread across external partners such CROs and academia.

RM: What is a LIMS, and what are the advantages of using one?

Meta data is captured in the LIMS as the sample progresses through its life cycle. This metadata can include details such as sample location; the equipment used for testing and its calibration status; the qualifications of the analyst who performed the testing; the standards, reagents and solutions, along with their expiration status, used for testing, and so on.

LIMS also manages the scheduling of tests, the monitoring of instrument calibration and preventative maintenance, the management of inventory including standards and reagents, etc.  The LIMS is also used for automatic checking of results against stored specifications. LIMS can handle the review, approval, and reporting on and distribution of the results of the testing performed against the sample.

LIMS can be interfaced quite easily to most standard lab instruments and integrated with other systems such as an ERP.  The ability to interface and integrate removes the need to manually transcribe information and therefore removing the potential for human error.

The major benefits of a LIMS are increased productivity and efficiency, improved compliance and data integrity and the centralized storage of sample information.  In a manufacturing environment the quality results stored in a LIMS can be used to trace back to the manufacturing process itself.

RM: What is the role of a CDS?

GT: At a high level the role of a chromatography data system (CDS) is to manage the instruments, system suitability tests, and the acquisition and processing of the chromatograms associated with the chromatography tests, GC and LC, that are performed within your lab.

CDS are often integrated with other Lab informatics systems such as a LIMS, LES or ELN. When integrated to a LIMS, sample set runs that combine samples, tests and standards are created within the LIMS and sent to the CDS for processing. Once the chromatograms have been acquired and processed in CDS, the LIMS retrieves the appropriate result data from the CDS, performs any additional calculations and specification checks before storing the data in the LIMS database.

CDS have become extremely sophisticated over the last 30 years or so and perform their well-defined purpose exceptionally well. LIMS vendors in particular have developed robust interfaces to the major CDS products enabling a seamless transfer of information between the two systems.

RM: What about LES?

GT: A LES is a lab execution system. A LES is really a specialized variant of an ELN system for the Manufacturing/QC environment.  In this environment you are typically repeating the same tests over and over again.  These tests are typically performed according to paper based standard operating procedures SOPs or Work Instructions.  The important thing in a QC environment is to ensure consistency in the way that tests are performed and to demonstrate that you have.  This is precisely what a LES does for you.

A LES enforces procedural execution during the testing process. The SOPs or Work Instructions are encapsulated into the software such that each step of the testing process is recorded and, most importantly, prevents the analyst from moving onto the next step until the current step has been completed.  Checks on standards, reagents or solutions can be made in real-time as the sample is being prepared and tested. Deviations, such as the potential use of an expired reagent, can be identified at the time of use and thus be prevented. 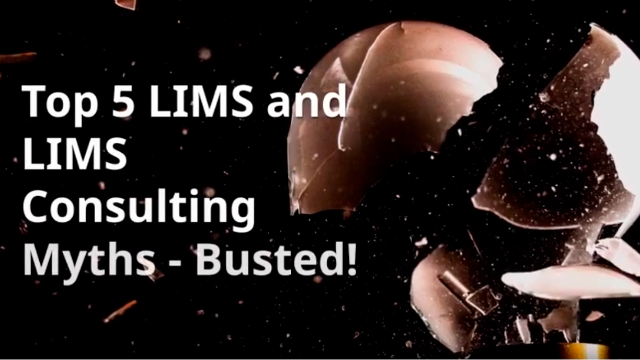 END_OF_DOCUMENT_TOKEN_TO_BE_REPLACED

So, how does LES differ from a LIMS? A LIMS cannot easily enforce the sequential performance of tasks and has a difficult time recording steps that have no result associated with them other than the step being completed.

RM: With all these different systems available, has there ever been an effort to create a more unifying, overarching solution?

GT: That is exactly what LIMS, ELN and LES vendors are trying to do, a single platform that encompasses all Lab operations from research to manufacturing.   You can see it in their marketing material where most major vendors have catchy names for their unified platform.  The exception is CDS which plays a niche role within the Lab operations and most likely always will.

RM:  With movement towards offering a system that does everything, I guess there's a risk that if you have one system doing everything, it will be more difficult to integrate something from another company – is that an issue?

GT: When it comes to interfacing with instruments and instrument systems this is already a challenge. Instrument vendors have proprietary formats for the storing of data, the reporting of results, etc.

Swapping out an instrument from one vendor to another requires modifications to the instrument interface.

The Allotrope Foundation is addressing this challenge through the creation of a framework for analytical data that, if adopted by instrument vendors, will provide a standard data format including standard structured metadata and interface libraries.  Adoption of these standards will provide plug and play capabilities between lab informatics systems and instruments. The ultimate goal of the Allotrope foundation is to develop a framework within which data, methods and hardware can be shared among disparate platforms.

When it comes to Lab Informatics systems there is always a risk in putting all your eggs in one basket and, on the flip side; integration is never as straightforward as you would like it to be. Technology is changing at an ever-increasing pace.  The system you select today may not be the best system for your purposes in a couple of years’ time.  In addition, in my opinion, there is currently no single platform that excels at supporting lab operations from research through to manufacturing.  You will need to weigh business benefits of a best of breed solution against the technology challenges of system integration.

In my opinion from a technology perspective, although we (CSols) have successfully integrated a variety of disparate lab informatics systems, it is wise to avoid major system integrations where other, possibly less full featured options are available that satisfy business needs. Integrating major systems is difficult. Always has been and most likely for the foreseeable future always will be.