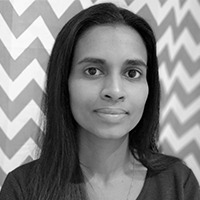 Neeta Ratanghayra holds a Master’s degree in pharmacy. She currently works as a freelance medical writer specializing in developing content for the pharma, biotech and healthcare industries.
Learn about our editorial policies

This article covers some strategies that can be harnessed to develop new therapeutic candidates not achievable with the current approaches.

Current targeted drug discovery approaches can be used to target just 20–25% of known protein targets, such as kinases or G protein-coupled receptors (GPCRs). The remaining 75–80% of “undruggable” protein targets may lack catalytic activity or possess catalytic independent functions. In some cases, the protein targets may have multiple functions and catalytic domains and blocking just one of the catalytic sites may not be adequate to elicit an efficacious response or may result in incomplete efficacy.

PROteolysis Targeting Chimera (PROTAC), a chemical knockdown approach, which degrades the target protein, is a novel drug discovery strategy which can overcome the challenges associated with current approaches. Dr. Clara Recasens Zorzo, postdoctoral researcher from the Institut de Génétique Moléculaire de Montpellier (IGMM), Univ. Montpellier, CNRS explains, “The classical strategy for the development of new targeted therapies was to synthesize a molecule to inhibit the function of a target protein. The drug therefore needed to bind to a very specific functional area of the protein of interest to be active (e.g., the catalytic site of an enzyme). The PROTAC technology changes this paradigm of drug discovery because its mechanism of action is to eliminate the target protein from the cell.”

3.       A linker for conjugating these two ligands

PROTACs offer several advantages compared to traditional drug discovery strategies. “The PROTAC simply needs to specifically bind anywhere in the target to induce its degradation. This new strategy confers several advantages: Many proteins involved in the physiopathology of a disease that were considered undruggable for not having an easily targetable catalytic site (i.e., transcription factors), have now become possible PROTAC targets. Additionally, cell specificity may be achieved by choosing the E3 ligase that the PROTAC is going to recruit. For instance, we know that cancer cells overexpress specific E3 ligases compared to healthy tissues and coupling the PROTAC to this specific E3 ligand will confer specificity to the cancer cell and reduce possible side effects,” says Recasens Zorzo.

Moreover, various drug modalities can benefit from PROTACs. Recasens Zorzo says, “Drugs other than small molecules, such as the emerging peptide drugs, may be turned into PROTACs allowing this technology to bypass the limitations of the small molecules”.

Another attractive feature is that PROTACs can be recycled and used for subsequent rounds of degradation. “The PROTAC’s mode of action is to catalyze the degradation of its target protein, one single PROTAC molecule can be recycled and is able to degrade several target molecules. This may reduce the IC50 [half maximal inhibitory concentration] of the drug together with toxicity and costs”, explains Recasens Zorzo.

ARV-110 and ARV-471, are the first PROTACs to shown encouraging results in cancer trials. ARV-110 targets the androgen receptor for the potential treatment of men with metastatic castration resistant prostate cancer (mCRPC) and who have progressed on existing therapies. ARV-471 is an investigational PROTAC designed to specifically target and degrade the estrogen receptor for the treatment of patients with locally advanced or metastatic ER+/HER2- breast cancer. Efforts to design PROTACs targeting the main protease (Mpro) of SARS-CoV-2 are ongoing, a key protein required for viral replication. For this, computational approaches such as protein‒protein docking were used to predict the possible complementarity between a cereblon E3 ligase and Mpro of SARS-CoV-2 and estimate possible linker length.

Though advantageous, developing a PROTAC is easier said than done. There are several issues related to the bioavailability and metabolic stability of PROTACs. Moreover, each of the constituent parts of a PROTAC can impact its efficacy and needs careful optimization. Further research can certainly tackle many of the challenges and the use of computational approaches can provide key insight into these systems. Computational approaches for accelerating drug discovery are covered in more detail in the remainder of the article.

Identifying key macromolecular targets is a key step in the development of new pharmaceutical drugs. However, target identification with experimental approaches is a complex, lengthy and costly affair with uncertain outcome.

Computational methods for target prediction in drug discovery can complement experimental methods and has received huge attention from researchers worldwide. Dr. Johannes Kirchmair, associate professor in cheminformatics, working in the Department of Pharmaceutical Sciences, Division of Pharmaceutical Chemistry at the University of Vienna and head of the Computational Drug Discovery and Design Group, says, “Modern computational methods such as machine learning (ML) can make a substantial contribution to target identification. They are increasingly capable of identifying the structural patterns decisive for the binding of compounds to specific proteins and other biomacromolecules. Part of the value of computational methods is the fact that they can instantaneously assess whether a reliable prediction of the target(s) of a compound of interest is possible or not. In other words, they can give immediate feedback based on available knowledge of the specific chemical space of interest and, hence, also on the novelty of a compound of interest.”

Computational methods can be applied to almost every step in the drug discovery and development process. Dr. Simone Brogi, assistant professor working in the Department of Pharmacy, at the University of Pisa says, “Computational techniques can positively influence the entire drug development process. Due to a more targeted search, computer-based methods increase the hit rate of new potential therapeutic molecules with a considerable reduction to cost and time over classical high-throughput screening and combinatorial chemistry techniques. The goal of in silico approaches in drug discovery is not only to explain the chemical basis of therapeutic effect, but also to identify potential derivatives that would enhance the activity (hit-to-lead optimization).”

The binding affinity of the ligands for a given target can also be estimated using molecular mechanics methods such as MMGB(PB)/SA. Brogi explains, “Usually, the stability of selected complexes is evaluated using molecular dynamics simulation approaches, in which it is possible to study the evolution of a given system, in explicit solvent, for a selected time, also investigating the ligand‒protein interaction (currently microsecond and second of simulation are becoming routinary experiments due to the high increase of computational power). By coupling molecular docking and molecular dynamics it is possible to develop computational protocols for identifying possible drug candidates for a given target involved in a specific disorder.”

The dramatic increase in the availability of information for both biological macromolecules and small molecules is one of the main reasons for advances in computational drug discovery. Brogi elaborates on the advantages of computer-based methodologies in drug discovery: “[They] have the benefit of speeding up the production and screening of potential novel therapeutic agents, based on analysis of calculated properties and prediction models for selected drug targets, as well as the identification of safety liabilities, while reducing the need for costly and time-consuming trials.”

Computer-based approaches have great potential and are here to complement existing experimental methods.

“Computational methods are not aimed at replacing experiments but at providing guidance to experimentalists, enabling them to focus their resources on the most promising research directions and, thus, boost drug discovery,” concludes Kirchmair.

Neeta Ratanghayra, MPharm
More from this author >
Advertisement
Chosen for You
Listicle