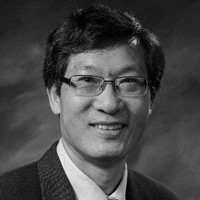 Gen Li holds a PhD in Biochemistry from Beijing University. Prior to founding Phesi in 2007, he was head of productivity for Pfizer Worldwide Clinical Development.
Learn about our editorial policies
Industry Insight

Gen Li holds a PhD in Biochemistry from Beijing University. Prior to founding Phesi in 2007, he was head of productivity for Pfizer Worldwide Clinical Development.
Learn about our editorial policies

Complete the form below and we will email you a PDF version of "Building a Stronger Clinical Trials Industry Post-Pandemic: Modal-Guided Design"

Clinical trials are at the core of delivering innovative treatments to patients. The pandemic has restated the importance of clinical trials to the public, as the rapid development and testing of vaccines has offered a pathway out of global lockdowns and towards normality. However, the focus on COVID-19 has caused many trials to be delayed, canceled or scaled back – meaning that the development of new medicines for patients in other areas has been slowed. At the same time, it has exposed pre-existing flaws in the industry. To recover from the pandemic, the industry must now address these underlying issues, which have been plaguing it for years. Otherwise, the risk of further delaying the development of novel therapies will increase.

Trials are stuck in the past

The way we design and implement clinical trials remains primitive. Recent research reveals that one-third of all trials require significant improvements, while another third require substantial amendments. The final third require multiple amendments, are often on the brink of failure and most eventually fail.

Flaws in trial design are not immediately obvious at the planning stage. They are often disguised as minor operational issues, such as poor trial site selection because the trial is not designed with realistic operational delivery in mind, due to old methods and a lack of data to inform decisions. This has made such problems difficult to identify and resolve.  However, if sponsors can optimize trial design and mitigate these flaws, modeling “what if…?”  design and implementation scenarios before the trial starts, enrolment costs will fall as fewer amendments, investigator sites and possibly patients are needed. Given that an amendment in a clinical trial is estimated by Tufts to cost $500,000 per amendment, it is critical that sponsors assess ways to minimize the risk of failure.

While there is no such thing as a “perfect” protocol design, there is clearly room for improvement in current processes. One method that has shown robust results is modal value-based protocol design. Modal values are data values that appear most often in historical trial data and so help to identify potential anomalies that may cause operational failure or delay. Making use of modal values requires large pools of historical trial data to find the most commonly used protocol elements including age, gender, treatment duration, outcome measures and treatment comparators, disease measures, concomitant medications, comorbidities and laboratory parameters. In other words, all the possible design elements in the entire clinical trial protocol. These data points are then used to apply modal value-based design. The approach requires significant data volumes and data types, expertise and investment in technology, with a combination of machine learning, AI, natural language processing and integrated algorithms.

Modal value-guided trial design delivers tremendous benefits including financial savings and has the potential to revolutionize the ways in which trials are planned and implemented, including improved chance for a synthetic control arm. What’s more, today, the industry has access to large volumes of published data, publicly available data and historical trial data – that make modal value-guided design more effective.

To explore issues in trial design, Phesi conducted an analysis of a multiple sclerosis (MS) trial (NCT00355134). This trial was originally designed to include only female patients, which at first glance appeared logical as the disease is more prominent in women. However, after analyzing more than 29,000 patients from 91 different MS trials, the results showed a significant proportion of male MS patients – resulting in a 2:1 ratio of women to men.

Further, problems in the planning stage for this trial led to 12 protocol amendments. When the trial faced enrolment issues, the study team added 25% more investigator sites and included both male and female patients. However, this greatly lengthened the enrolment cycle time and caused the patient population to deviate away from the 2:1 ratio. Without pre-emptive and extensive protocol design analysis, this trial faced severe disruption, which negatively impacted patient outcomes.

The analysis of a second MS trial further reveals how modal values can help to minimize – or even eliminate – protocol amendments. Phesi analyzed a Phase 2 MS trial (NCT00245622), which was initially designed to only include patients between the ages of 18 and 45. However, after examining data from 233 other Phase 2 MS clinical trials, the industry modal value for patient age was shown to be 18 to 55 years old – meaning that the initial trial design components were undermining enrolment efforts and any medical conclusions drawn from the trial. After a series of protocol amendments spanning a 12-month period, the trial design eventually came back to modal values. Had the study team adopted modal value-guided design from the beginning, they would not have wasted this significant amount of time and money. Frankly, there are a portion of failed clinical development programs could have been caused by avoidable flaws in trial design.

An opportunity to rethink

The pandemic has given the industry a prime opportunity to rethink the ways in which trials are designed and conducted. Amendments in clinical trials could be limited or avoided entirely if sponsors made use of available data and adopted a modal value-guided trial design approach. Clinical development companies now have access through third-party suppliers to huge amounts of synthetic patient data that can now be analyzed via predictive analytics to optimize trial design. With such data at their fingertips, now is the time for sponsors to focus on how to employ it to their advantage – and ultimately supply critical therapies to patients faster.

Gen Li, PhD, MBA
More from this author >
Advertisement
Chosen for you
Article