This past June, Michelle Odlum, EdD, assistant professor and Sunmoo Yoon PhD, postdoctoral research scientist, published a study which found that people in Nigeria were tweeting about Ebola’s arrival in their country three days before any official announcement from the Nigerian government or the World Health Organization.

Analyzing over 42,000 Ebola-related tweets over a seven-day period, Odlum and Yoon found that on July 24, 2014, 101 tweets and re-tweets from Nigeria were posted regarding the disease, reaching some 1.2 million people. Messages such as “#EbolaVirus 1st case discovered Lagos, pls spread the word.” and “Guys,#EbolaVirus is in Lagos. Be informed. Be careful.” came a full two days before the Nigerian Ministry of Health issued its first message officially announcing the possible case of the disease in the country. Two days later, 1,010 Ebola-related tweets and retweets had reached more than 58 million people. And on July 30, more than 120 million people had read tweets about Ebola in Nigeria. Content analysis revealed that the main topics of the tweets were risk factors for Ebola, prevention information, such as careful hand-washing, locations and spreading patterns of the disease, and compassion for the sufferers. 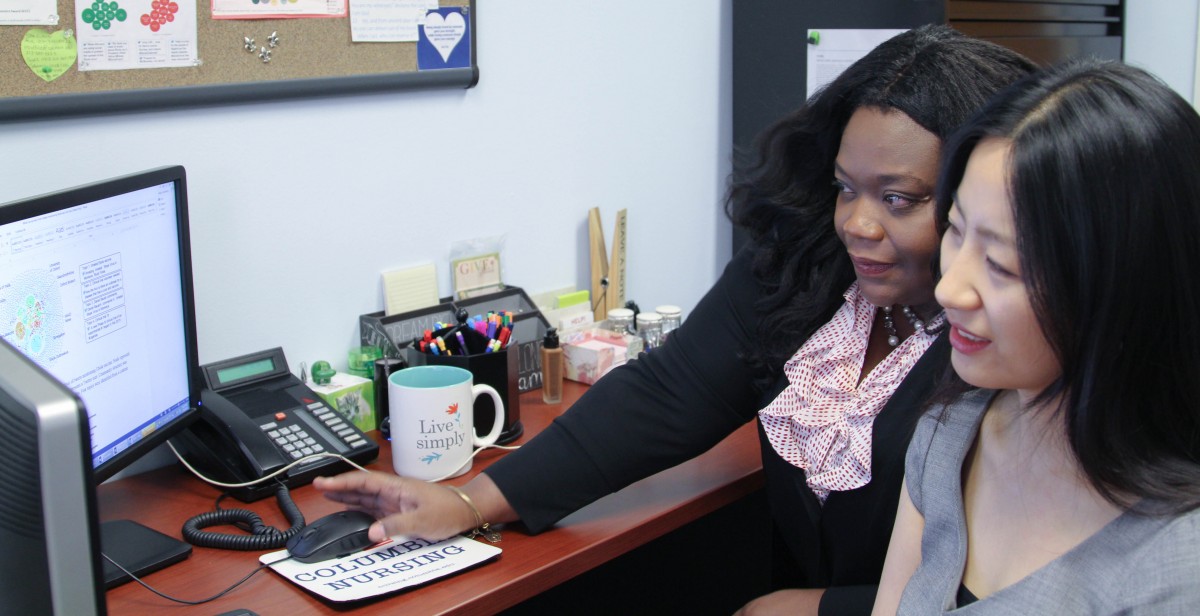 A puzzle remains: Why were people on Twitter able to reveal the Ebola outbreak in Nigeria before it was announced publicly? Odlum, who has a background in public health surveillance, said there is no way to tell and that it could have started from a tip, a leak, or simply worry based on the fact that there were Ebola cases elsewhere in Africa at the time.

“What’s more important than how it started is that it started,” said Odlum. “With these results we can see that Twitter — and potentially other social media — can support and enhance existing early warning systems for contagious diseases.”

Yoon has analyzed tweets for potential health application since 2010. Her doctoral dissertation(link is external) mined social networks including Twitter for sentiment on physical activity. One of her studies mined joggers’ tweets for clues about what motivated them to run.  She found that about 40 percent of runners said guilt was the primary prompt, followed by a desire for personal well-being, rather than enjoyment. “Our Ebola findings, as well as the jogging results, suggest that social and mobile tools may be effective at encouraging positive behavior,” said Yoon. “People can motivate each other to do what’s best for their health. Health and policy officials can build on this propensity and promote other aspects of healthy living. By mining tweets, officials can discern epidemic trends and gather information on attitudes, fears, and behaviors, helping shape education and eradication campaigns.”

Odlum and Yoon did not start out with the intent to research Ebola tweets. “We were originally interested in Tweet surveillance of a range of infectious diseases such as tuberculosis and HIV,” says Odlum. In the early phase of their investigation, Associate Professor Jacqueline Merrill, PhD, suggested that they concentrate exclusively on tweets surrounding Ebola, which was just beginning to become a news topic.

The collaboration between Odlum and Yoon shows no signs of abating. After publication of their Ebola study, they were contacted by a pharmaceutical journal asking them to apply their methodology to tweets regarding vaccinations. “There is resistance in many parts of the world to the measles, mumps, and rubella vaccine, among others,” said Odlum. “We’ll be examining tweets to determine locations of outbreaks among unvaccinated children as well as monitoring fears, concerns, and support for the vaccine, with a goal of providing information to underlie education and implementation campaigns.”