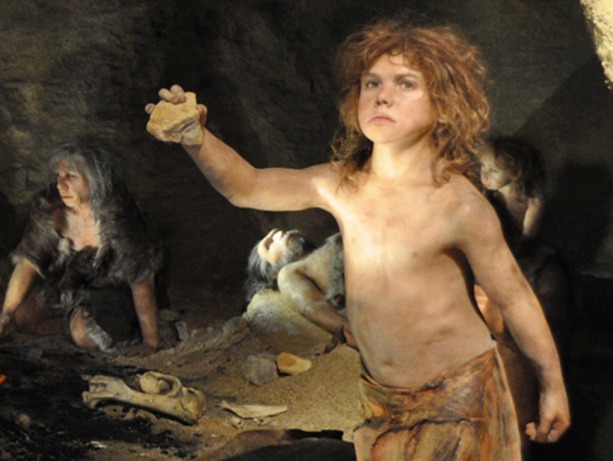 Vanderbilt University led the study across several institutions, including the University of Washington and Group Health Research Institute.  The project used existing data compiled to look at how genetic variation influences common disease. The paper’s first author was Corinne N. Simonti and the senior author was John “Tony” Capra, both at the Vanderbilt Genetic Institute. Capra is from the Vanderbilt Department of Biomedical Informatics, Department of Biological Sciences, and Center for Quantitative Sciences.

Neanderthal DNA variants became part of our genetic heritage from prehistoric contact between ancient species.  After ancestors of modern people left Africa, they encountered and mated with Neanderthals and Denisovans and perhaps other human-like populations in Europe and Asia.

Although Neanderthals and Denisovans went extinct, a small fraction of their DNA survives in people.  The genomes of Eurasians can contain between 1.4 percent to 4 percent of DNA inherited from Neanderthals.

“We still see the pervasive influence on modern people from interbreeding that happened more than 50,000 years ago,” said Joshua Akey, University of Washington professor of genome sciences. He is a human evolutionary biologist and one of the paper co-authors. “Neanderthal DNA might be a small component of an individual’s DNA, but it might make a significant contribution to variation in traits among people.”

Some regions of the human genome, such as the gender-linked X chromosome and the arm of chromosome 7, are nearly depleted of Neanderthal DNA.  A few other parts of the human genome, however, are rife with Neanderthal genetic code.  Whether this remnant offered an evolutionary advantage to early humans struggling to adapt to the colder climate, dimmer sunlight, germs and food sources in the Earth’s higher latitudes, but later became detrimental under conditions of modern Western life, is under debate.

That’s because the effects of the mix of Neanderthal and human DNA on people’s physical and mental characteristics remains unclear, due to the difficulty and expense of performing association studies.

Among these are the genetic and clinical data from the Electronic Medical Records and Genomics (eMERGE) Network, a national consortium that pools de-identified electronic health records linked and genetic data from nine sites in the United States.  Seattle is one of these sites, jointly led by UW Medicine’s Dr. Gail Jarvik, professor of medicine and head of the Division of Medical Genetics at the University of Washington, and Dr. Eric Larson, head of the Group Health Research Institute.  The eMERGE consortium has published over 450 papers to date. Mapping data from the 1000 Genomes Project and the Altai Neanderthal genome were incorporated into the analysis.

In a museum reconstruction, a Neanderthal girl views her reflection in a pool.

Taken together, Neanderthal genetic variants explain small amounts of the differences in risk among people for depression and other mood disorders, for a type of skin lesions resulting from sun exposure, for obesity,for acute upper respiratory infections, and for coronary artery disease.  Individual variants were associated with a risk of blood clotting and vessel inflammation problems, with a predilection to tobacco use, to a form of protein-calorie malnutrition and to certain urinary symptoms.

“The fact that Neanderthal variation was associated with tobacco predilection is a reminder that the effects of these variants in the present day may not reflect any harm or benefit they had to Neanderthal,” cautions Jarvik.  The Neanderthal did not have tobacco.

“These same variants may have benefitted our ancestors,” she said, “rather than harmed them. That may account for their persistence in modern man.”

The project’s comparison of medical records data with information gleaned from evolutionary genetics was also its limitation.  How Neanderthal DNA influences other sorts of traits not related to disease or clinical findings could not be gleaned.

At the same time, Akey said, “Six or seven years ago we couldn’t have even contemplated the possibility of looking at the effects of Neanderthal DNA on humans.  It’s exciting how quickly the landscape has changed and the remarkable questions science can now ask and answer.”

He noted that new research is helping to understand our origins, our biological and geographical history, and why we are what we are today.

“Scientists are creating a general framework for excavating ancient DNA from modern day people,” he said. “It’s possible we may find new twigs on our human family tree.”