Scientists have mapped out the genes that keep our cells alive, creating a long-awaited foothold for understanding how our genome works and which genes are crucial in disease like cancer.

A team of Toronto researchers, led by Professor Jason Moffat from the University of Toronto’s Donnelly Centre, with a contribution from Stephane Angers from the Faculty of Pharmacy, have switched off, one by one, almost 18,000 genes, 90 per cent of the entire human genome, to find the genes that are essential for cell survival.

The data revealed a “core” set of more than 1,500 essential genes. This lays the foundation for reaching the long-standing goal in biomedical research of pinpointing a role for every single gene in the genome. 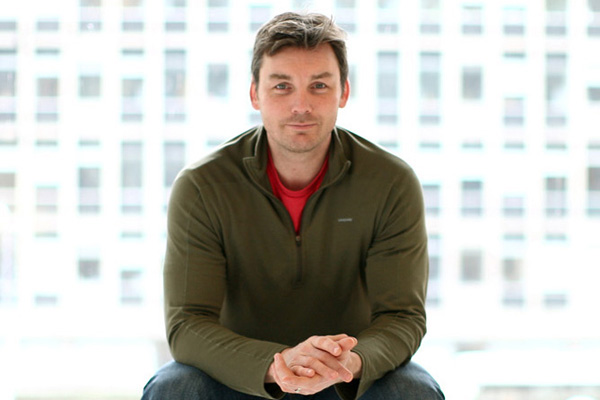 By turning genes off in five different cancer cell lines, including brain, retinal, ovarian, and two kinds of colorectal cancer cells, the team uncovered that each tumour relies on a unique set of genes that can be targeted by specific drugs. The finding raises hope of devising new treatments that would target only cancer cells, leaving the surrounding healthy tissue unharmed.

“It’s when you get outside the core set of essential genes, that it starts to get interesting in terms of how to target particular genes in different cancers and other disease states,” says Moffat, who is also a professor in the department of molecular genetics and a Senior Fellow at the Canadian Institute For Advanced Research (CIFAR).

Sequencing of the human genome 12 years ago allowed scientists to compile a list of parts – our 20,000 genes – that make up our cells and bodies. Despite this major achievement, we still didn’t understand the function of each gene, or how some genes make us sick when they go wrong. To do this, scientists realized they would have to switch genes off, one by one across the entire genome to determine what processes go wrong in the cells. But the available tools were either inaccurate or too slow.

The recent arrival of the gene editing technology CRISPR has finally made it possible to turn genes off, swiftly and with pinpoint accuracy, kicking off a global race among multiple competing research teams. The Toronto study, along with the paper from Harvard and MIT found that roughly 10 per cent of our genes are essential for cell survival.

These findings show the majority of human genes play more subtle roles in the cell because switching them off doesn’t kill the cell. But if two or more of such genes are mutated at the same time, or the cells are under environmental stress, their loss begins to count.

Because different cancers have different mutations, they tend to rely on different sets of genes to survive. Moffatt’s team have identified distinct sets of “smoking gun” genes for each of the tested cancers – each set susceptible to different drugs.

“We can now interrogate our genome at unprecedented resolution in human cells that we grow in the lab with incredible speed and accuracy. In short order, this will lead to a functional map of cancer that will link drug targets to DNA sequence variation,” says Moffat.

His team has already shown how this can work. In his study, metformin, a widely prescribed diabetes drugs successfully killed brain cancer cells and those of one form of colorectal cancer – but was useless against the other cancers he studied. However, the antibiotics chloramphenicol and linezolid were effective against another form of colorectal cancer, and not against brain or other cancers studied. These data illustrate the clinical potential of the data in pointing to more precise treatments for the different cancers – and show the value of personalized medicine.

“The Moffat group has developed a powerful CRISPR library that could be used by investigators around the world to identify new treatment strategies for the treatment of cancer,” says Aaron Schimmer, a professor in the department of medical biophysics and a medical oncologist at Princess Margaret Cancer Centre, who was not involved in the study.

“I would be interested in using this tool to identify new treatment approaches for acute myeloid leukemia – a blood cancer with a high mortality rate.”