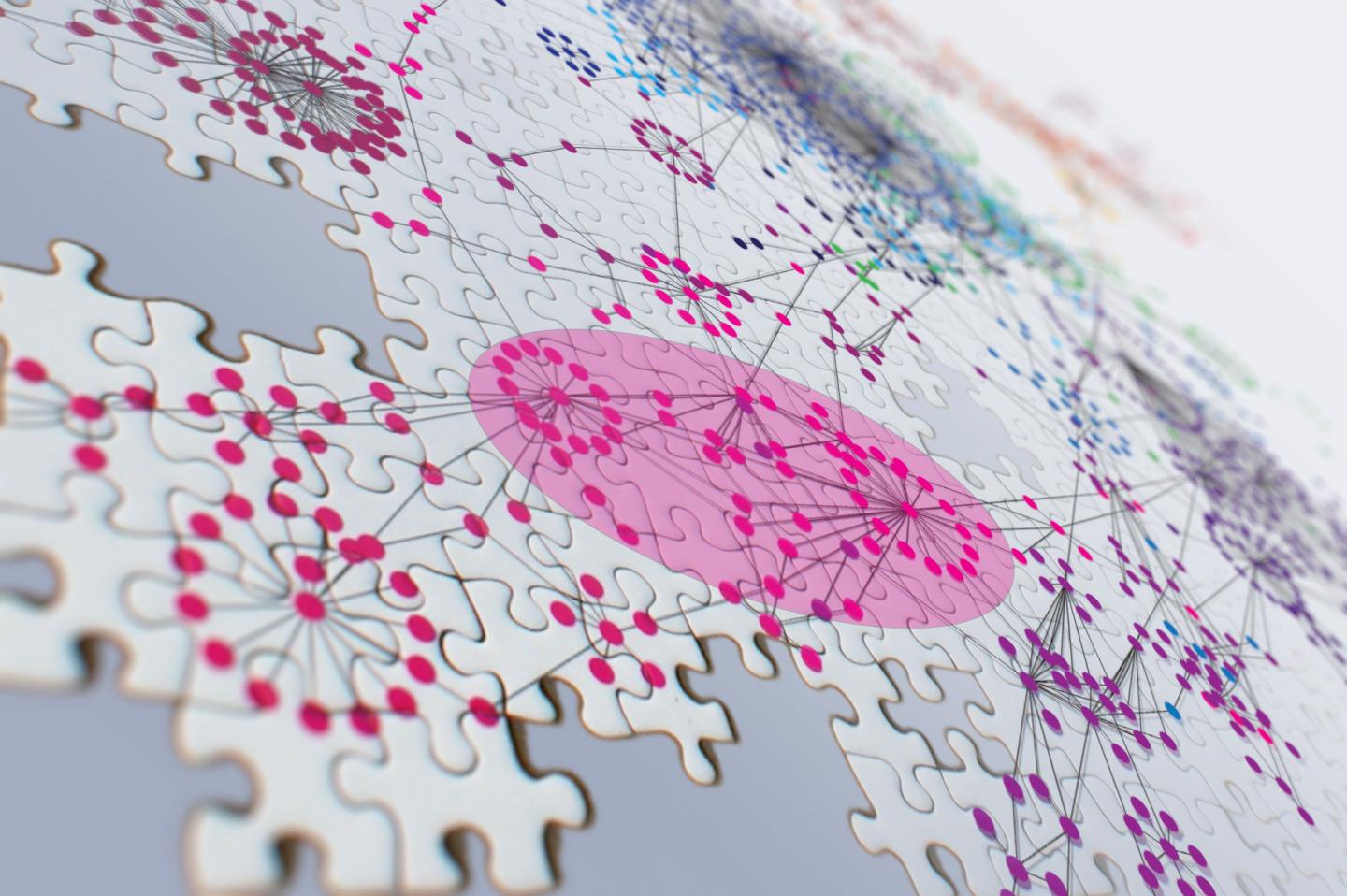 Each of these networks describes hundreds of thousands of regulatory interactions among thousands of genes, giving the first global view of the "control system" of diverse cells and tissues. The team found that genetic variants disrupt components of these networks in disease-specific tissues, giving new insights on disease mechanisms which may lead to targeted treatments that are more effective and have fewer side-effects for the patient. The project was spearheaded by researchers from the newly formed Department of Computational Biology (DCB) at the University of Lausanne (UNIL) and the SIB Swiss Institute of Bioinformatics, in collaboration with researchers from the University Hospital of Lausanne (CHUV) and the Broad Institute of MIT and Harvard.

Advances in genome-sequencing and related technologies have given rise to large studies that compare genetic variants between healthy people and people with a given condition. These studies have successfully identified thousands of genetic variants that are linked to different diseases. However, the mechanisms by which these variants influence disease processes remain mostly unknown, which is currently hindering progress to developing better diagnostic tests and personalized treatments for patients.

"The challenge is that over 90% of disease variants lie outside of genes, in regions of the genome that are still poorly understood" Marbach says. "These regions can have regulatory functions, which are sometimes disrupted by genetic variants. Things get even more complicated as the regulatory relationships may vary between different tissue types. For example, a certain gene may activate another one in the liver, but not in the heart."

The team thus tackled the ambitious task of creating accurate "maps" of the regulatory networks that control the activity of genes in a given tissue. Data from an international research consortium (FANTOM) coupled with novel analysis techniques allowed them to create the largest collection of such networks to date, describing the regulatory interactions among over 19,000 genes in close to 400 human cell types and tissues. The study thus gives the first comprehensive view of the regulatory systems across a broad range of cells and tissues.

The underlying hypothesis was that genetic variants may impact genes that are connected within regulatory networks of tissues that are specific to certain diseases. To test their hypothesis, the researchers employed techniques similar to those applied to social networks to gain information about users on the basis of their interconnections. But in this case, they used biological networks to gain information about genes that can lead to diseases.

In a large study including genetic data for diverse neurodegenerative, psychiatric, immune-related, cardiovascular and metabolic disorders, the researchers found that disease variants often affect groups of genes that were densely interconnected within regulatory networks, confirming their hypothesis. Moreover, these affected network components pinpointed with remarkable precision cell types or tissues that are implicated in disease processes. "For example, people with schizophrenia were found to have genetic variants that perturb interacting genes in brain tissues that are responsible for cognitive and emotional behavior, while genetic variants associated with obesity impact genes that interact in tissues of the intestinal system" Marbach says.

"Our work shows that accurate maps of gene networks for different tissues will be of tremendous value to advance our understanding of how diseases start and progress, which is essential to design targeted treatments and to identify patient groups that respond to these treatments in a personalized medicine setting," concludes Prof. Bergmann.