Complete the form below and we will email you a PDF version of "The American Gut: Microbiome Project Uses Crowdsourced Data "

Researchers at University of California San Diego School of Medicine and collaborators have published the first major results from the American Gut Project , a crowdsourced, global citizen science effort. The project, described May 15 in mSystems , is the largest published study to date of the human microbiome — the unique microbial communities that inhabit our bodies.

This publication provides the largest public reference database of the human gut microbiome, which may help drive many future microbiome studies. What’s more, according to the research team, the success of the American Gut Project validates citizen science as a practical model for engaging the public in research.

“We observed a much greater microbial diversity than previous smaller studies found, and that suggests that if we look at more populations, we’ll see more diversity, which is important for defining the boundaries of the human microbiome,” said Daniel McDonald, PhD, scientific director of the American Gut Project at UC San Diego School of Medicine.

The American Gut Project was co-founded in November 2012 by Rob Knight, PhD, Jeff Leach, PhD, and Jack Gilbert, PhD. The project’s goal is to better understand human microbiomes — which types of bacteria live where, how many of each, and how they are influenced by diet, lifestyle and disease. To do this, citizen scientists contribute $99 and receive a kit to collect a fecal, oral or skin swab and instructions to mail it back.

Along with the sample, each participant also answers a voluntary survey that includes questions about general health status, disease history, lifestyle and diet. They can also choose to participate in an online forum called Gut Instinct , which enables participants to share their lifestyle-based insights. Once the sample is processed, participants receive a report that details what’s living in their guts (or other body site). 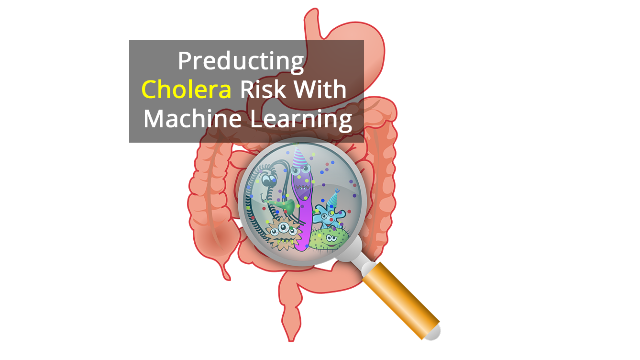 END_OF_DOCUMENT_TOKEN_TO_BE_REPLACED

As of mid-2017, the project included microbial sequence data from 15,096 samples provided by 11,336 people, representing primarily the United States, United Kingdom and Australia, along with 42 other countries or territories. The project and its affiliate, British Gut, have received more than $2.5 million in individual contributions to date through crowdfunding sites FundRazr and Indiegogo.

“It’s really amazing that more than 10,000 people — members of the public who want to get involved in science whether or not they work in a lab or have a PhD — have mailed their poop to our lab so that we can find out what makes a difference in somebody’s microbiome,” said Knight, who is also a professor in the UC San Diego School of Medicine and Jacobs School of Engineering, and director of the Center for Microbiome Innovation at UC San Diego.

To tease out the identities of the bacteria living in a participant’s mixed sample, the American Gut Project team sequences a genetic marker unique to bacteria and archaea. Called 16S rRNA, this molecule acts as a sort-of barcode for these microbes. For thousands of the samples, they also used metabolomics methods to identify the non-living molecules and chemicals present, and shotgun metagenomics for a full read-out of genes.

All of the data collected by the American Gut Project are publicly available, without participants’ identifying information. This open access approach allows researchers around the world to mine the data for meaningful associations between factors such as diet, exercise, lifestyle, microbial makeup and health. Here are a few observations that have emerged so far:

One American Gut Project participant sampled himself at multiple time points before and immediately after his colorectal surgery — Larry Smarr, PhD, founding director of the California Institute for Telecommunications and Information Technology (Calit2) and Harry E. Gruber Professor of Computer Science and Engineering at UC San Diego.

“We were blown away by the changes we observed in his pre- and post-microbial configuration,” McDonald said. “They exceeded the span of microbial diversity associated with the American Gut Project population. After surgery, Smarr’s samples most closely resembled those of patients in the intensive care unit. In fact, when his samples were placed on a map, the distance between the samples immediately prior to and following the surgery was almost identical to the distance between a marine sediment sample and one from the soil under a land plant.”

Dramatic state changes like this aren’t even observed in cases of extreme diets, McDonald said. “We don’t know how to modulate the microbiome. People generally assume you can over-short timescales by eating differently, but those effects tend to be small, not massive.”

The American Gut Project is an academic research study, not a diagnostic company. Participants are not getting their microbiomes “tested” for anything, and American Gut Project does not provide advice on whether or how participants should change their lifestyles based on the readout of what’s living in or on their bodies. The ultimate goal is to advance microbiome research to the point where the information it provides can be applied to improve human health, but several previous studies have demonstrated that human microbiomes are incredibly dynamic, and many factors can affect a microbiome. Sometimes, the same factor even has opposite effects on two different people, so advice about what to do for your microbiome should at this point be treated with caution. For example, Knight said, even dietary fiber, which is generally good, can be bad for you if you have inflammatory bowel disease (IBD).

Most of the findings emerging from the American Gut Project so far are simply observations or associations, and in many cases researchers can’t yet extrapolate the ultimate effect on human health. For example, while the researchers observed that people who eat many plants have a more diverse gut microbiome than those who don’t, they don’t yet know if increasing a person’s microbial diversity from its current level would have a direct positive effect on his or her health.

“The human microbiome is complex, but the more samples we get, the sooner we will be able to unravel the many ways the microbiome is associated with various health and disease states,” Knight said. “The American Gut Project is dynamic, with samples arriving from around the world daily. The analysis presented in this paper represents a single snapshot, but we want eventually to go beyond making maps of the microbiome to making a microbiome GPS that tells you not just where you are on that map, but where you want to go and what to do in order to get there in terms of diet, lifestyle or medications.”

According to McDonald, living datasets such as the American Gut Project will allow researchers to document the slow but steady global homogenization driven by increased travel, lifespans and access to similar diets and therapies, including antibiotics. In the future, the team may compare the American Gut Project population to fecal samples collected from other studies, including a fecal transplant study and an infant microbiome time series.

To learn more or to participate in the American Gut Project, visit AmericanGut.org

This article has been republished from materials provided by UC San Diego Health. Note: material may have been edited for length and content. For further information, please contact the cited source.