The frantic swirl of coronavirus-related information sharing that took place this year on social media is the subject of a new analysis led by researchers at the School of Informatics and Computing at IUPUI.

Published in the open-access journal Informatics, the study focuses on the sharing of data visualizations on Twitter -- by health experts and average citizens alike -- during the initial struggle to grasp the scope of the COVID-19 pandemic, and its effects on society. Many social media users continue to encounter similar charts and graphs every day, especially as a new wave of coronavirus cases has begun to surge across the globe.

The work found that more than half of the analyzed visualizations from average users contained one of five common errors that reduced their clarity, accuracy or trustworthiness.

"Experts have not yet begun to explore the world of casual visualizations on Twitter," said Francesco Cafaro, an assistant professor in the School of Informatics and Computing, who led the study. "Studying the new ways people are sharing information online to understand the pandemic and its effect on their lives is an important step in navigating these uncharted waters." 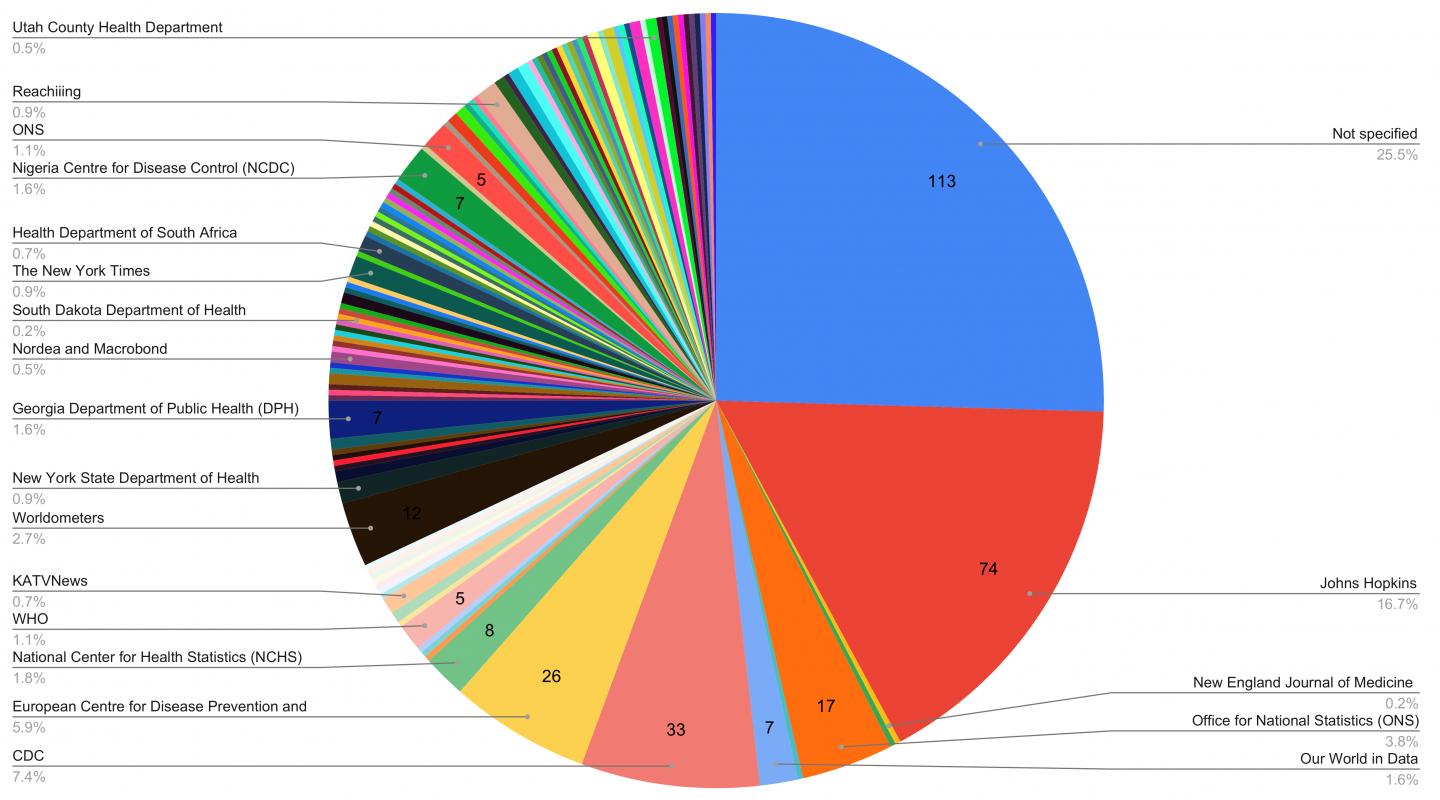 "The reality is that people depend upon these visualizations to make major decisions about their lives: whether or not it's safe to send their kids back to school, whether or not it's safe to take a vacation, and where to go," Cafaro said. "Given their influence, we felt it was important to understand more about them, and to identify common issues that can cause people creating or viewing them to misinterpret data, often unintentionally."

For the study, IU researchers crawled Twitter to identify 5,409 data visualizations shared on the social network between April 14 and May 9, 2020. Of these, 540 were randomly selected for analysis -- with full statistical analysis reserved for 435 visualizations based upon additional criteria. Of these, 112 were made by average citizens.

Broadly, Cafaro said the study identified five pitfalls common to the data visualizations analyzed. In addition to identifying these problems, the study's authors suggest steps to overcome or reduce their negative impact:

The study also found certain types of data visualizations performed strongest on social media. Data visualizations that showed change over time, such as line or bar graphs, were most commonly shared. They also found that users engaged more frequently with charts conveying numbers of deaths as opposed to numbers of infections or impact on the economy, suggesting that people were more interested in the virus's lethality than its other negative health or societal effects.