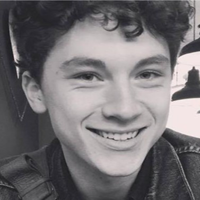 Back in August of 2021, recruitment was underway for a first-of-its-kind study to assess whether ketamine can help treat gambling addiction.

Now, the company behind the trial has expanded it to include three other behavioral addictions: binge eating disorder, compulsive sexual behavior and internet gaming disorder.

The expanded trial will also be the first of its kind and will be led by Celia Morgan, a professor of psychopharmacology at the University of Exeter and head of ketamine-assisted therapy for addiction at Awakn, the biotechnology company behind the study.

“We are delighted to expand this research and to make further inroads into a treatment area that has had no material pharmacological advancements in far too long, all the while the number of people suffering has steadily increased,” Morgan said in a statement.

“We hope this will give us valuable insights to push our ketamine program forward and help these people as quickly as possible.”

Morgan and her team aim to explore whether ketamine can help break the neural patterns in the brain that facilitate these behaviors. They’ll study whether the drug can increase the neuroplasticity of recruits using an electroencephalogram (EEG).

“We are using one of the capacities of the ketamine which is to block a process of re-stabilization of memory. In the study that we’re doing, we’re going to reactivate gambling memories. We’ll be showing people, depending on what their modality of gambling is, a roulette wheel or slot machines or horses, and this reactivates the memory,” she said.

“Normally in memory, this means that this memory becomes active and you’re able to update it. Then it’s restabilized – saved again, in computer terms – and is laid down more strongly. If you give ketamine during this time of reactivation, what’s been found particularly in animals is that this can weaken the memory trace. That’s what we’re looking at in this study.”

Complete the form below to unlock access to this Audio Article: "Awakn’s Ketamine-Gambling Disorder Study Expands To Test Whether the Drug Can Also Treat Binge Eating"