Babies, Parenthood and the Brain: What Do We Know?

Sarah is a science writer and editor at Technology Networks. She joined the team in May 2022 and holds a PhD in cancer biology.
Learn about our editorial policies
Credit: Kelly Sikkema on Unsplash

Complete the form below and we will email you a PDF version of "Babies, Parenthood and the Brain: What Do We Know?"

Early in life, interactions between babies and their parents or caregivers help to cultivate the infant’s growing brain. The brain’s basic architecture is mostly present at age two, and selective “pruning” of the neural connections formed during this period continues to adulthood. As a result, these structures are formed through interaction with their early life environment

Not only can a child’s brain be influenced by their parents, but there is also neurological evidence that parents’ brains can be rewired to nurture and protect their newborns. Changes in the maternal brain are well studied, and hormones such as oxytocin, prolactin and estradiol all influence maternal behavior in rats and other mammals. However, although changes to paternal brains do occur, these are less well understood.

So, what have we learned about parent–child interactions and brain development from recent research?

Why Baby Talk Sounds Similar Around the World 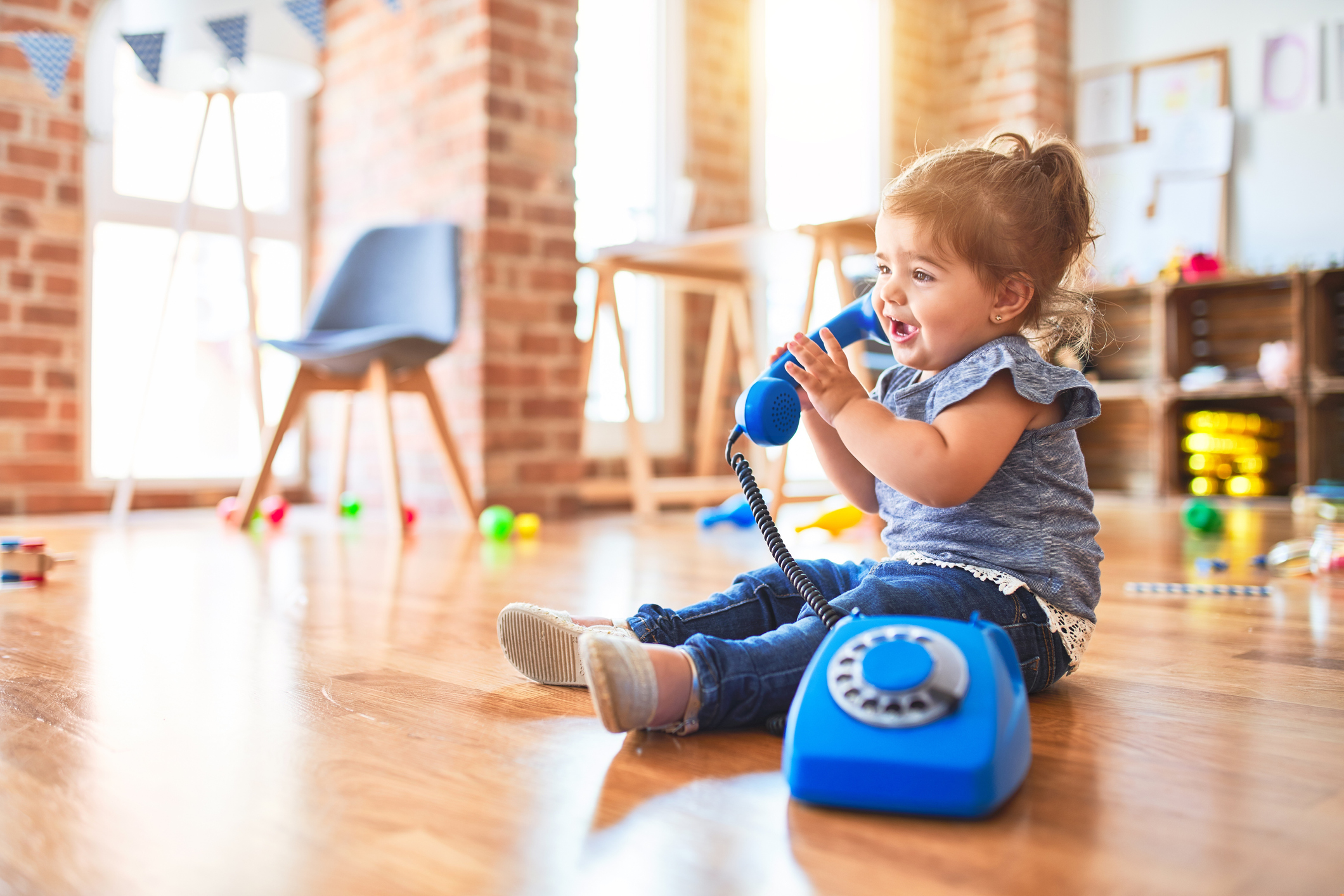 “Baby talk” – scientifically known as “infant-directed speech” – can help infants to learn their native language. The simple sentences, slow melodic speech and elongated vowel sounds characteristic of infant-directed speech help babies capture a language’s intonation and structure. In fact, directing baby talk from other languages toward adults can even help people to pick out new words in unfamiliar languages.

By analyzing infant-directed speech across 21 different societies, a new study led by Harvard researchers suggests that consistencies across cultures show that baby talk may have evolved in response to intense functional pressure. 1,615 recordings of baby- and adult-directed speech and song were collected, covering 18 different languages from 12 language families. They developed a machine learning algorithm, which they found could differentiate adult- or infant-directed speech patterns in the recordings from acoustic features such as rhythm and pitch. This shows that baby talk shares many common features across different languages, particularly regarding pitch.

How Mom’s Mood May Affect Her Baby’s Language Development 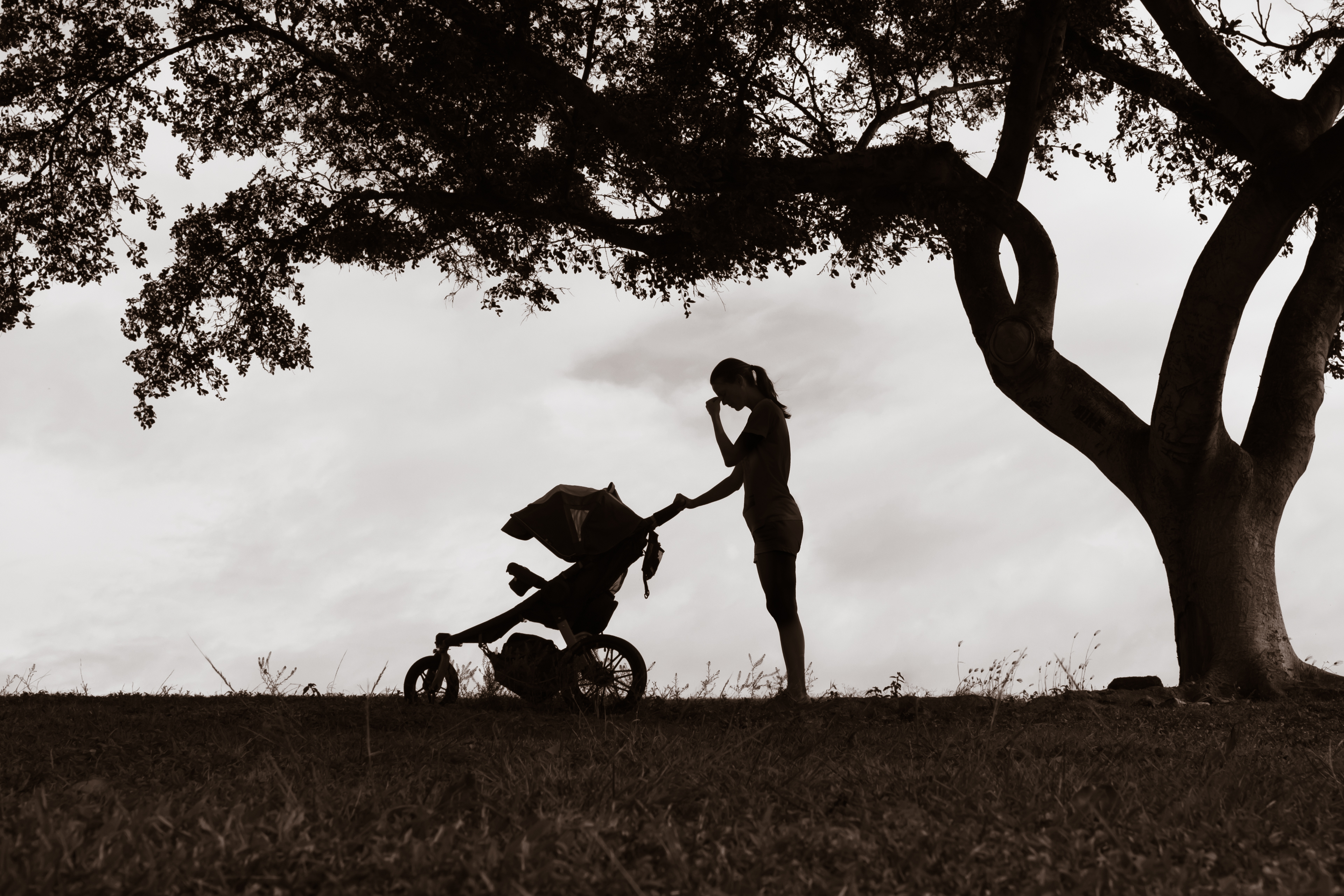 With the importance and ubiquity of infant-directed speech well established, another study has explored how postpartum depression (PPD) can impact a child’s early speech development. PPD can be defined as major depression after childbirth, and it reportedly affects around 10% to 15% of new mothers in Western countries.

To understand the link between PPD and children’s language development, Dr. Gesa Schaadt and colleagues at the Max Planck Institute for Human Cognitive and Brain Sciences investigated how the mood of 46 mothers affected their baby’s ability to distinguish different speech sounds. Electroencephalography (EEG) data from six-month-old infants, whose mothers indicated a more negative mood two months after birth, revealed that these children had a less mature speech processing ability called the “mismatch response”.

"To ensure the proper development of young children, appropriate support is also needed for mothers who suffer from mild upsets that often do not yet require treatment," Schaadt says. 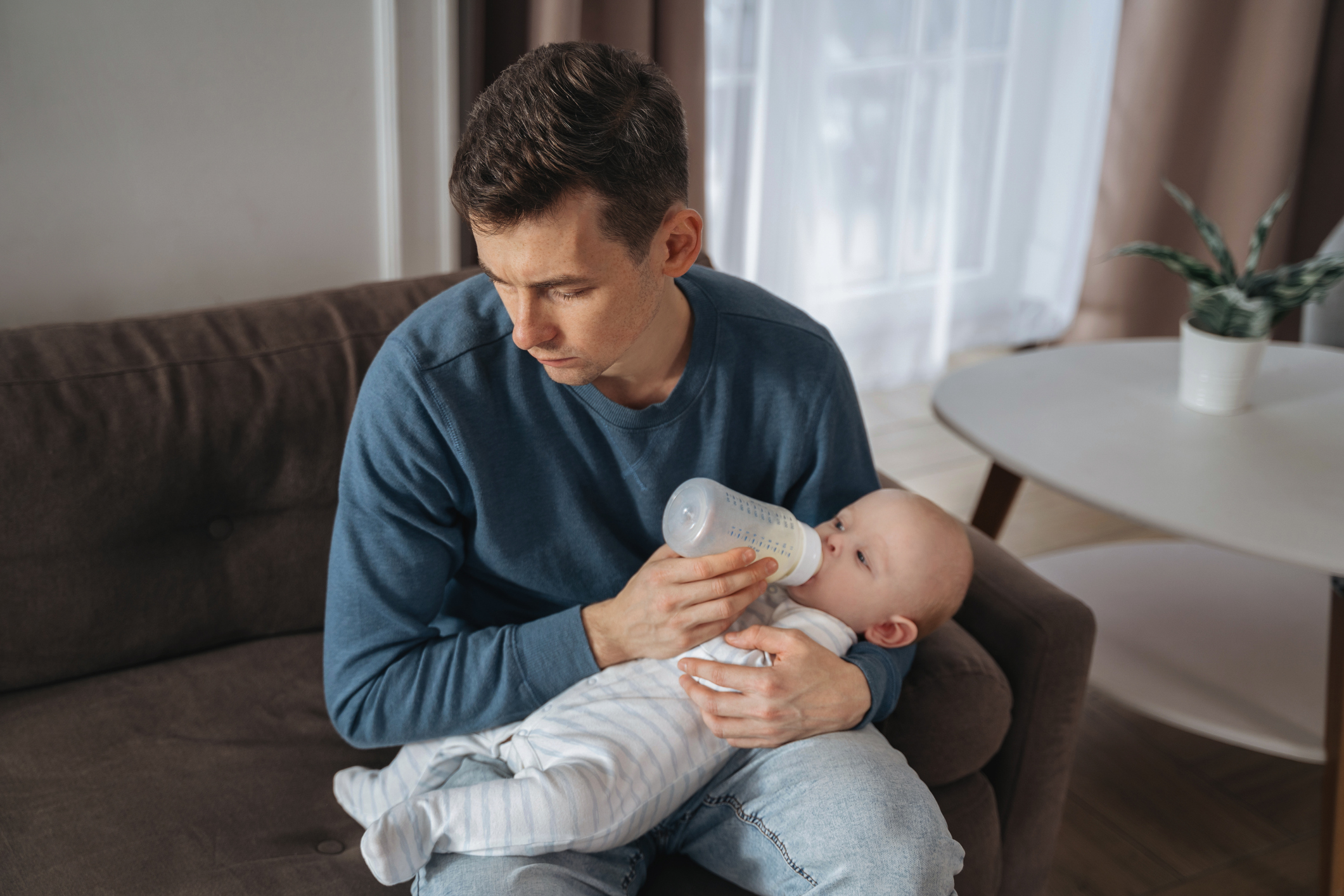 Bringing a new baby home can be a challenging time for parents. Now more than ever, paternal mental health is being highlighted in the periods both before and after birth, as rates of new fathers seeking help with their mood remain low and the relationship between paternal stress and child outcomes is under-researched.

A recent study from King’s College London has suggested that there is a strong link between paternal stress levels – but not maternal stress – and the development of emotional and behavioral difficulties in their child at age two.

The researchers, led by clinical psychologist Dr. Fiona Challacombe, used data from the Finnish CHILD-SLEEP cohort. They gathered questionnaire responses on stress, anxiety and depression from 901 fathers and 939 mothers throughout pregnancy and the postnatal period. 7% of fathers experienced high stress in the perinatal period (the time just before and after birth), rising to 10% at two years postpartum. The strongest link was between paternal stress at three months postpartum, and emotional/behavioral problems when the child reached two years of age. This was the case even after accounting for maternal stress, anxiety and depression.

Dr. Challacombe continued by saying, “Future research needs to focus on understanding the mechanisms by which this effect may be acting – whether it is paternal behaviors or the impact on maternal behaviors. This will help design the right interventions for fathers. The rise in paternal stress at two years indicates that this does not dissipate over time – returning to work, chronic sleep difficulties and behavioral difficulties becoming more apparent may all contribute.”

A New Study Proves the Existence of "Dad Brain"

Many changes occur in the brains of new mothers, including changes in the volume of gray matter linked to social cognition and theory of mind (the ability to infer others’ thoughts and feelings). New evidence now also points to changes in the brains of new fathers leading to the development of so-called “dad brain”. Researchers from the University of Southern California, led by Darby Saxbe, professor of psychology, explored how these neuroanatomic changes occur, highlighting parenthood as an important period for plasticity in the adult brain.

Saxbe and colleagues studied structural neuroimaging data from a total of 40 expectant fathers (20 in the US and 20 in Spain) before and after the birth of their first child as well as 17 childless men (all in the Spanish group).

Across both study locations, significant changes were detected in the brain’s cortex. This is the outermost layer that is involved in attention, planning and executive functioning. Comparison of the pre- and post-baby scans showed structural changes in portions of the cortex with roles in processing visual information and in the “default mode network” thought to be involved in empathy. None of these changes were observed in the childless men.

"It’s too soon to speculate with such a small sample but it might suggest that more, higher-order cognitive processing is involved in fatherhood specifically," Saxbe said, “whereas mothers are also showing change at the more basic mammalian level. In any case, the fact that we have found changes in the cortex both for fathers and mothers suggests that there is some remodeling of the social brain taking place."

These studies highlight the importance of the interactions between parents and infants, which can help to shape the neural and cognitive development of both babies and parents. Future studies may support caregivers to give their infants the best start in life and help us to understand the changes that parenthood brings to the adult brain.

Complete the form below to unlock access to this Audio Article: "Babies, Parenthood and the Brain: What Do We Know?"