Complete the form below and we will email you a PDF version of "Bach Worse Than His Bite? Crocodile Listens to Classical Music in MRI Machine"

Crocodiles are often considered to be one of the most evolutionarily ancient creatures on Earth, a last link to the age of the dinosaurs. For a long time, evolutionary neurobiologists have pondered if the nervous systems of these top predators could hold secrets about how the brains of reptiles evolved. Despite access to brains ex vivo, to study their neuroanatomy, exploring the brain activity of crocodiles had proved challenging until a study by an international collaboration of scientists from Iran, South Africa, France and Germany managed to perform a functional MRI on a Nile Crocodile.

In a paper published in The Proceedings of the Royal Society B, the scientists describe how they overcame technical challenges to test the crocodile’s response to visual and auditory stimuli, including playing classical music to the animal. 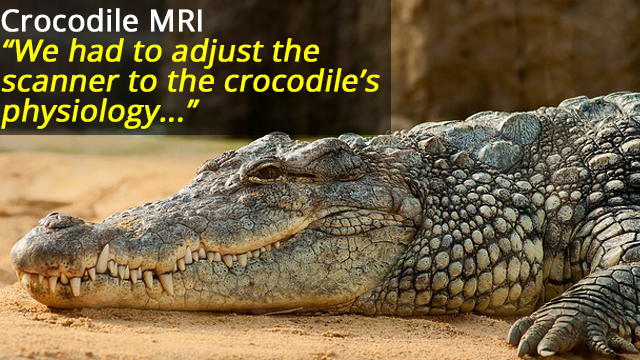 END_OF_DOCUMENT_TOKEN_TO_BE_REPLACED

“In the first step, we had to overcome a number of technical obstacles,”

Adding: “For example, we had to adjust the scanner to the crocodile’s physiology, which differs massively from that of mammals in several aspects.”

To anyone that has had an MRI scan, this may seem obvious. Patients are required to lay as still as possible inside a claustrophobia-inducing machine, whilst it produces disconcertingly loud, sharp noises as expert operators spend tens of minutes scanning their body.

But, just what is going on inside the sophisticated machinery to enable production of these images, which can aid diagnosis and treatment of a host of implications and disease?

“A strong magnet is used to magnetize the object under investigation, and short electromagnetic pulses are transmitted and recorded with the use of antennas (the so-called “RF coils”) to measure the signature of mostly water molecules in the body. There are many different ways of actually reading out the images, with the use of “gradients”, which make the different, funny sounds of the MRI.

As still as a log
Laying motionless is crucial for enabling accurate measurements and obtaining clear images from scans. As Tim explains:

“While modern MRI protocols can deal with a limited amount of motion, in particular motion of repetitive nature, such as breathing, most of the time the object should not move during the scan to get clear images.”

It would be impossible to convince a crocodile to lay still, so the scientists anaesthetised the animal. Despite this, further adaptations to the MRI machine and set up still needed to be made to enable the animal to be scanned. As Tim adds:

“The use of research MRIs for crocs is quite new, which means there are no MRI machines available that are specifically built for such a purpose.”

MRI is a great tool for imaging at the organ or tissue level, however it cannot discern how individual cells are behaving inside the tissues. That said, there are ongoing developments to improve the resolution of the MRI scanner for both research purposes and in medicine, as Tim explains:

“In the clinical environment, Deep Learning and Artificial Intelligence are being implemented to better support and guide Radiologists and Surgeons. In research, scientists are working to improve MRI’s resolution with the use of stronger magnets and better RF coil design, and better and faster quantification of the function of organs and tissues to support basic research.”

Now that a crocodile has been scanned, could we one day soon see the brain of another evolutionarily ancient animal scanned, a Great White Shark, perhaps? Tim explained that it is possible to perform MRI on fish whilst they are swimming against a current. Adding:

Developments in MRI technology and the limitless imagination of scientists are pushing back the boundaries of what’s possible in neuroscience research. Studies like this will help us to understand how brains developed, the logic underlying their function, and how they can be reverse-engineered to better design treatment for neurological conditions. 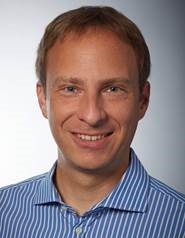