Ruairi is a senior science writer at Technology Networks. He holds a Master's degree in clinical neurosciences from the University of Cambridge and has written for Technology Networks since 2018.
Learn about our editorial policies
Credit: Google Maps
Read time:

Complete the form below and we will email you a PDF version of "Bristol University Brain Imaging Center Slated To Close, Putting 95% of Projects at Risk"

Bristol University have announced that the Clinical Research and Imaging Centre (CRICBristol), a joint venture with University Hospitals Bristol NHS Foundation Trust, will close at the end of December, putting six jobs at risk and throwing dozens of neuroscience and cardiovascular research projects into jeopardy.

The new closure date, announced in a letter sent to staff and researchers last Friday, represents something of a U-turn from Bristol. The university had originally announced that CRICBristol was to close at the end of July. That announcement, made in the middle of COVID-19 lockdown, caused outrage among Bristol’s research community, who had been faced with a risible eight-week period in which to complete their research.

Bristol opened a “consultation period” after the initial notice’s ice-cold reception, which closed on June 29. This led to Friday’s statement, which accepted that “closure of CRICBristol with effect from 31st July 2020 was not a viable option.”

“Devastating for our research community”

Jamie Thakrar, a neuroscience PhD researcher whose research revolves around how stress hormones impact cognition, has been operating out of CRICBristol since 2016. The study had recruited two-thirds of its cohort when CRICBristol was temporarily closed due to the COVID-19 pandemic. Thakrar, who has been leading efforts to change Bristol’s mind on the closure, told The Epigram, “With the facilities for medical and surgical research in the Bristol Royal Infirmary being used for the [COVID-19] vaccine trial, there really is limited space where medical research can happen. Losing the CRIC in the long run, rather than immediately, is still really devastating for our research community.”

Thakrar had sent a letter to Bristol in the days leading up to the second announcement, co-signed by seven other Bristol neuroscience researchers, which detailed their concerns: “Many of us are still concerned that mitigation of the negative career impacts facing PhD students and ECRs will not be met,” said the letter. “This is because by our estimations our collective research projects require greater than 6 to-12 months to be completed and therefore the suggestion that CRICBristol could remain open until December 2020 at the latest would still present complications for the majority of the students affected.”

In the original notice of CRICBristol’s closure, Bristol’s dean of health sciences, Professor Jane Norman, suggested that CRICBristol researchers could migrate their projects to the CUBRIC MRI facility. Norman was not directly available for comment on this article. As any researcher knows, consistency of data is central to any study. Given extreme problems with data reproducibility in neuroscience, switching between MRI scanners within one facility would have a negative impact on a study’s data quality, let alone moving between scanners in different facilities. Furthermore, CUBRIC isn’t even based in Bristol – it’s part of Cardiff University and is a four-hour round trip away for researchers and participants by public transport, which remains subject to COVID-19 restrictions in England and Wales.

Whilst it is unclear whether Bristol are still suggesting the relocation of projects to CUBRIC in the wake of the consultation period, the central point of contention remains around the ability of researchers to complete their projects. Clinical research moves at a frustratingly glacial pace at the best of times: study proposals must undergo rigorous ethical checks and recruitment of volunteers is often a highly selective process. The research conducted at CRICBristol, being neuroscience-focused, often involves an extremely vulnerable cohort – patients with dementia or other neurodegenerative conditions, who are already often frail and elderly, and who now face the additional risk of COVID-19. Jade Thai, CRICBristol senior research fellow & center manager, told Technology Networks that research projects now face extra hurdles. 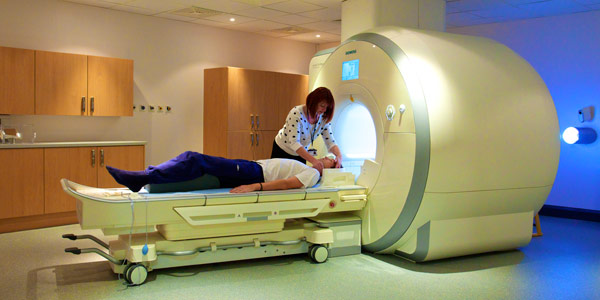 In their announcement of CRICBristol ’s closure in December, Bristol suggested that the new dates would enable “the orderly completion of the majority of existing research grants and student projects.” Thai strongly rejects this. “The majority of projects, in my opinion, will not be able to complete, or be anywhere near completion, by December,” says Thai.

Projects at risk include longitudinal studies involving vulnerable patients. New safety procedures in place due to COVID-19 mean that “for any of these trials to restart we would have to submit an ethics amendment,” says Thai. Such an amendment could take up to two months to be approved by committee. On the surface, a six-month amendment may seem like a long time, but with these restrictions, says Thai, researchers will have as little as three and a half months of lab time. Nearly 60 projects were being conducted at CRICBristol when it was shut due to COVID-19, “At the moment,” Thai says, “I think we would be lucky to complete 5% of our current studies.” For the majority to reach completion, Thai believes CRICBristol would need another 12-18 months of operating time.

“I think we would be lucky to complete 5% of our current studies.”

Researchers like Thakrar are facing the prospect of years of valuable data collected being rendered unpublishable, but their greatest concern remains for the staff whose livelihoods have been put at risk by CRICBristol ’s impending closure. The COVID-19 pandemic has put a strain on universities across the UK, and Bristol, like other institutions, has put a hiring freeze in place.

Measuring the value of research

CRICBristol’s plight highlights an important divide in academic structures, the stress point that’s created when university administrators, who are tasked with cost-cutting, are presented with research facilities that were never designed to be run as profit-making endeavors, and whose contribution to the wider academic environment is hard to measure. Perhaps, from a purely monetary perspective, CRICBristol’s closure was inevitable. Thai disputes this, suggesting that a financial review of the center conducted in 2016 had identified discrepancies between how the university accounted CRICBristol’s research income and the actual impact of the center’s work. Recommendations to reverse these discrepancies were not implemented, says Thai. A submission by the center’s directors that took these recommendations into account showed that CRICBristol had effectively broken even every year since 2017. This, says Thai, was ignored by university administrators.

The COVID-19 pandemic has created a huge demand for scanning across the NHS, Thai points out. Modeling by the center’s co-directors suggested that if CRICBristol took on cardiac scanning duties during the crisis, the center could make between £380,000-£500,000 over the next 12 months. Against the center’s estimated £250,000 running costs, Thai says, “this could keep the CRIC open for another 12 months minimum and potentially beyond – permanently.”

Thai and Thakrar both point out that the savings associated with CRICBristol ’s closure in December may ultimately be outweighed by the costs of moving dozens of research projects to another city in another nation. Thai also highlights that one significant expenditure, the yearly £110,000 bill that Siemens send to the university for maintenance of their 3T Magnetom Skyra MRI machine, is due to be paid in September, meaning that over 40% of CRICBristol ’s estimated £250,000 annual running costs will still be paid by Bristol, even if the center closes in December.

CRICBristol’s value extends beyond its neuroscience research impact, says Thai. The center served as a key site for the University of Oxford’s COVID-19 vaccine trials and facilitated screening of 1000 volunteers in the trials. This establishes, says Thai, that CRICBristol is set up to be able to assist with research that is among the world’s most important right now. The facility’s location within St Michael’s Maternity Hospital has provided a much-needed diagnostic service for Bristol’s newborns that Thai fears will be lost after December: “The babies can come down, with their clinical team, in their incubators, get their scans, get back in the incubators, and go back [to the neonatal care unit].” Without CRICBristol, vulnerable newborns may have to be denied medical scans unless they are able to take an ambulance trip to the Bristol Royal Infirmary.

An uncertain picture for academic research

Ultimately, COVID-19’s financial impact will require universities to make hard decisions, and the loss of jobs across the sector seems inevitable. But the decision to close CRICBristol raises questions about how university research facilities are valued, especially in the context of UK academia’s long-running issues of spiraling leadership salaries. Bristol’s vice chancellor, Hugh Brady, who has taken a 20% pay cut during the COVID-19 pandemic, still earns £25,000 more every year than CRICBristol’s entire operating budget.

The impact of CRICBristol’s loss on the university’s neuroscience and cardiovascular research community will be “huge,” says Thai. “Without this facility, we will not be able to deliver any of our brain imaging studies into the future." Technology Networks raised the issue of CRICBristol ’s closure with the British Neuroscience Association (BNA), who will host the first-ever virtual edition of the FENS European neuroscience conference on July 11-15. BNA CEO Anne Cooke, an honorary research fellow at Bristol, who commented in a personal capacity, said, “I started working at the University of Bristol in 2002. The first meeting I went to was about bringing brain imaging research to Bristol, and ten years later we got CRICBristol. I was absolutely gutted to see they are going to close it.”

In her comments to The Epigram, Thakrar summed up what may be a lasting effect on Bristol’s neuroscience community, “‘If I was a prospective student looking at Bristol, the lack of human research facilities going forwards would potentially be something that would dissuade me from coming here.”

Extending the Reach of Psychedelic Therapy With Psychoplastogens