Ruairi is a senior science writer at Technology Networks. He holds a Master's degree in clinical neurosciences from the University of Cambridge and has written for Technology Networks since 2018.
Learn about our editorial policies
Credit: Pixabay

Complete the form below and we will email you a PDF version of "Can Physical Exercise Help Keep Our Brain Healthy?"

Exercise might not be fun, but it’s good for your body. Over the years, science has well established that exercise can cut your risk of cardiovascular disease, type 2 diabetes, and some types of cancer. But the ways that exercise affects the brain are still under investigation, although new research suggests it may be essential for the growth of new neurons.

Research conducted at the Università degli Studi di Milano (University of Milan) examined the effect of restricting mice from using their hind, but not their front legs, for a period of 28 days. The paper detailing the research was published in Frontiers in Neuroscience. Whilst the mice were able to eat and groom themselves as normal, and didn’t show signs of being stressed, subsequent analysis showed significant changes in the mice’s brains, including impairment of the mice’s neural stem cells. The researchers noted that the number of neural stem cells – which produce all neurons and glia during development and persist in certain areas into adulthood – that were actively producing new neurons was reduced by 70% in the restricted mice as compared to mice that hadn’t had their movement restricted. 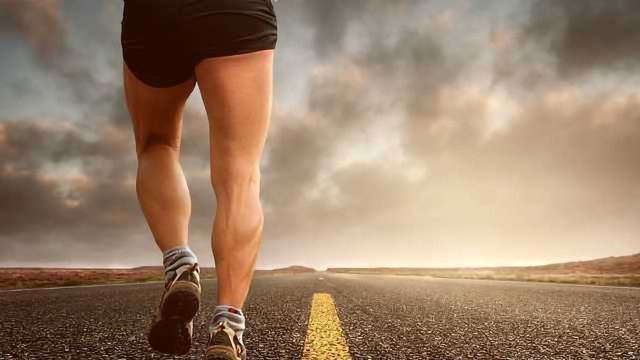 Leg Exercise is Critical to Brain and Nervous System Health

END_OF_DOCUMENT_TOKEN_TO_BE_REPLACED

The muscles of mice

How our nervous system controls our muscular responses is well understood. Chemical signals released from motor neurons activate receptors located on muscle membranes. This opens ion channels, triggering an electrochemical cascade that ultimately leads to contraction of the muscle fiber. What the Italian study authors found is that the mice’s muscles might be influencing the nervous system in return.

“The main findings of our paper are that the reduction of movement alters the neurogenic capabilities at least in one area of the mouse brain, the sub ventricular zone. These alterations include a reduced capability to proliferate in vitro and in vivo, a lower capability to produce new neurons in vitro, an altered cell metabolism and specific gene expression modifications,” say Raffaella Adami and Daniele Bottai, authors of the paper and researchers at the University of Milan’s Department of Health Science.

So how exactly are these muscle movements having their effect? “In response to the contraction, the muscle produces and releases several factors (myokines), extracellular vesicles (exosomes), and metabolites that could reach and activate several organs. These factors could act locally, and have a paracrine effect on neurons, or be transported in serum and pass the blood-brain barrier. Among the myokines, brain derived neurotrophic factor (BDNF) is an important factor for the activation of neurons and neuronal stem cells. BDNF could be also released by neuronal cells when excited or under specific myokine stimulation, in a close cross-talk between muscle exercise and nervous effect,” say Bottai and Adami.

The authors point out that although the phrase Mens sana in corpore sano (roughly “A healthy mind in a healthy body”) has been around since the Roman poet Juvenal first wrote it down in the early second century (his original meaning has been somewhat taken out of context), modern research has increased interest in how modifiable lifestyle factors may help slow or prevent progression of neurodegenerative diseases like Alzheimer's disease (AD). A 2014 paper which examined 317 members of the Wisconsin Registry for Alzheimer's Prevention showed associations between physical activity and improvement in several AD-related factors, including β-amyloid burden, glucose metabolism, and hippocampal volume.

Whilst meta-analyses such as these have established that there is a role for exercise in improving age-related cognitive decline, a definite explanation for this effect is as yet missing. Bottai and Adami’s research in mice is part of a large body of work in animals that suggest potential mechanisms for exercise-mediated neuroprotection, but the evidence from human studies is less concrete. A recent Consensus Study Report by the National Academies of Science (as definitive an authority as you get in science) was unable to definitively recommend that exercise could reduce dementia risk due to the inconsistencies in results from human studies.

To establish a concrete evidence base in humans, more research will need to be done. For Bottai and Adami, the way forward is clear: “Our studies are continuing trying to depict some molecular aspects that we started to investigate in the first work. Currently, we are evaluating deeply the gene expression change induced by exercise restriction. Indeed, many researchers are studying the opposite effect, how exercise could improve the cognitive and psychological condition in impaired status.”

Whilst animal studies are an important first step in biomedical research, Bottai and Adami know that the human brain is a real step up in complexity. How might their own findings affect clinical outcomes in patients with neurodegenerative disease? “It is too early to formulate any conclusion from our data about this point. For sure the reduction of neurogenic capability could interfere with brain function in brain patients. However, the human brain is much more complicated than the mouse brain and the niches where neural stem cells are located are much more diffused than in rodents," say the researchers.

In summary then, exercise seems to have some pretty positive effects on the mammalian brain, but we don't have enough evidence to say that exercise is a sure-fire way of preventing diseases like dementia in humans, although studies point towards exercise reducing risk. Given the other numerous health benefits of going for a run, and the complete lack of evidence that sitting on the sofa and eating nachos will cut your disease risk, it seems regular exercise remains key to a healthy life, for brain and body.

Complete the form below to unlock access to this Audio Article: "Can Physical Exercise Help Keep Our Brain Healthy?"