Ruairi is a senior science writer at Technology Networks. He holds a Master's degree in clinical neurosciences from the University of Cambridge and has written for Technology Networks since 2018.
Learn about our editorial policies
Credit: Photo by Martin Saelebakke on Unsplash

A new study conducted in mice suggests that farnesene, a molecule responsible for the green apple flavoring used in some vape devices, is not only rewarding in itself, but may also increase the rewards felt when consuming nicotine. The study is one of just a handful to look at the effects that vape flavors have on the brain’s reward system and could have implications for how flavored vapes influence addiction.

Vaping banned and encouraged across the West

Across the Western world, the rise of vaping has provoked radically different responses from policymakers. In San Francisco, home of vape giant Juul, e-cigarette sales were banned completely in June last year. Juul’s $18 million effort to stop the ban came to naught.

In the UK, the National Health Service have taken a diametrically opposing approach, by actively encouraging smokers to switch to vaping to wean themselves off of conventional cigarettes. The advisory body, The National Institute for Health and Care Excellence states that "the evidence suggests that e-cigarettes are substantially less harmful to health than smoking but are not risk-free."

Even if harms are reduced by switching away from combustible cigarettes, research into the effects of inhaling chemicals used in vaping devices is still thin on the ground.

A study conducted by researchers at Marshall University led by Assistant Professor Brandon Henderson has looked into one of those chemicals, the “green apple” flavorant farnesene. Vape use is on the rise among younger people in the US, with a 218% increase in vaping among middle schoolers in just two years. Vaping liquids with zero nicotine have become popular as well, further boosting the need for studies of how these chemicals impact the brain.

"They just fly through approval”

“In the USA, a lot of the flavors that are added in vaping products are labeled under this category called generally recognized as safe or GRAS. So basically, they just fly through approval and are allowed to be in products that Americans can imbibe,” says Henderson. His team’s results, he suggests, show that flavorants such as farnesene might have an impact on neurons and behavior that regulators should consider.

Henderson’s initial experiments looked at mouse behavior. They found that mice trained to expect a dose of farnesene in a certain location would spend more time there than in an area where they expected a dose of saline. They noted that higher doses of farnesene didn’t have this effect, which they say may mimic the effects of nicotine injection often seen in these tests.

When mice were given injections of nicotine, similar reward-focused behavior was seen. In female mice, this desire for nicotine was enhanced when farnesene was also injected, but no significant increase was seen in male mice. Henderson says that these sex-linked results are also seen in vaping demographics, where men and women tend to have different preferences that transcend cultural norms: “You look at males and females, there's a different demographic of what they're choosing as nicotine concentration and flavor concentration, so we expected there to be differences in the neurons of males versus females. This just gives us more motivation to specifically look at males and females as we continue,”

One way in which a chemical like farnesene might be provoking this reward-seeking behavior is through boosting the number of nicotine receptors in the mice’s brains. Working in a mouse model that had been modified so that the animals’ nicotine receptors fluoresced, Henderson’s team examined regions of the brain implicated in flavorant reward behavior, such as the ventral tegmental area, a part of the midbrain containing neurons that release the pleasure molecule dopamine. 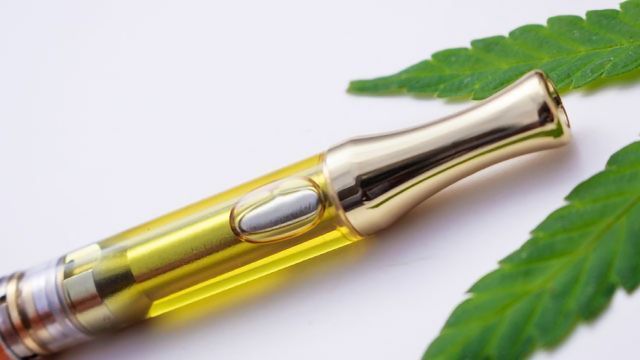 END_OF_DOCUMENT_TOKEN_TO_BE_REPLACED

Interestingly, the farnesene seemed to stimulate currents in dopamine neurons in brain slices, at around 40% of level of nicotine. The question that naturally follows is whether evidence that suggests vape flavorants are rewarding in mice have implications for human smokers trying to quit.

Henderson says that we need to take studies done in animals in this area with a pinch of salt. “When people ask me what this tells us about addiction, in general I try to stick to what I know, which is the basic science – it does cause an impact on the neuron. But there are a lot more neurons in the human. The same effect could happen in a human brain, but because there's so many different neurons and the circuits are more complicated, it may not be as dramatic.”

He also points out that these human-level studies of the long-term impacts of vaping will take decades to conduct. For the moment, animal and cellular studies are the best we have. Do these results suggest tobacco smokers should reassess vapes as an alternative? Henderson says no: “The evidence shows that e-cigarettes definitely have less of a cancer-causing agent than combustible cigarettes.”

“If we can get people to move to something that's less harmful, that’s good because that can reduce deaths,” Henderson concludes. “At the same time, whatever that something is, if we can make it safer as time goes on, that would be better because it then provides further harm reduction.”