Complete the form below and we will email you a PDF version of "Metabolomics: A “Go-to” Approach in Systems Biology"

Complete the form below to unlock access to this Audio Article: "Metabolomics: A “Go-to” Approach in Systems Biology"

The measurement of low-molecular-weight metabolites and their intermediates reflects the dynamic response of the body to physiological (e.g., gender), pathophysiological (e.g., disease morbidity) and developmental stimulus (e.g., aging).1 This gives a chemical reflection of the current phenotype of a particular sub-population of cells, and the processes involved in disease progression or environment adaption, whether in plants, animals, or any other species.2,3

The measurement of gene and protein expression levels is already used as a clinical hallmark to flag threatening diseases. Metabolomics wants to reach another level of understanding, since small changes in the activity of a gene or protein, that might have an unknown effect on the mechanisms of a cell, frequently generate a much larger change in metabolite levels.4

Could your chicken soup give you atherosclerosis?

Changwei Li, an assistant professor of epidemiology at the University of Georgia and colleagues recently conducted a study using untargeted metabolomics profiling on 1,239 participants of the Bogalusa Heart Study.5 They identified novel and important metabolites and metabolic networks associated with coronary arterial stiffness, a marker of sub-clinical organ damage and an independent risk factor for cardiovascular disease events and mortality.5 Li states:

“We were able to identify some environmental and lifestyle related-metabolites, to show how the body reacts to the environmental exposures, and tested the effect of those metabolites on arterial stiffness”.6

The scientists reported 27 new metabolites, including fructose, which had the lowest P value, meaning it was the most significant metabolite, and, histidine, which had the largest effect size, meaning it was not associated with the development of arterial stiffness. In total, 12-metabolite arterial stiffness associations were confirmed, which were also reported in previous studies.5 Many of the associations were largely driven by blood pressure and anti-hypertensive medication usage by the group of people analyzed. 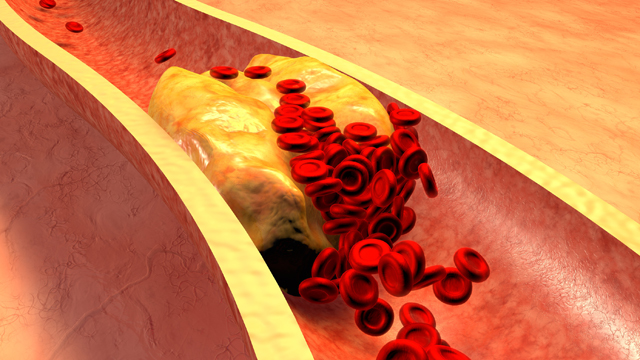 Atherosclerosis: A build of plaque inside an artery.

Among the new metabolites found, two peptides, gamma-glutamylvaline and gamma-glutamylisoleucine are commonly used as food additives to enhance the flavors in cooking ingredients, such as pre-made chicken broths. According to Li., the possibility that “those additives may cause arterial stiffness, warrants future studies to investigate their role” in the development of atherosclerosis.6

Even though progress in genomic technology has provided unrivaled access to the information enclosed in the human genome, multiple genetic variants linked to different diseases only account for a small fraction of the disease risk. The multi-factorial nature of disease mechanisms, together with the tremendous influence of the environment and the complexity of gene-environment interactions, are essential factors that need to be taken into account to predict disease susceptibility.7 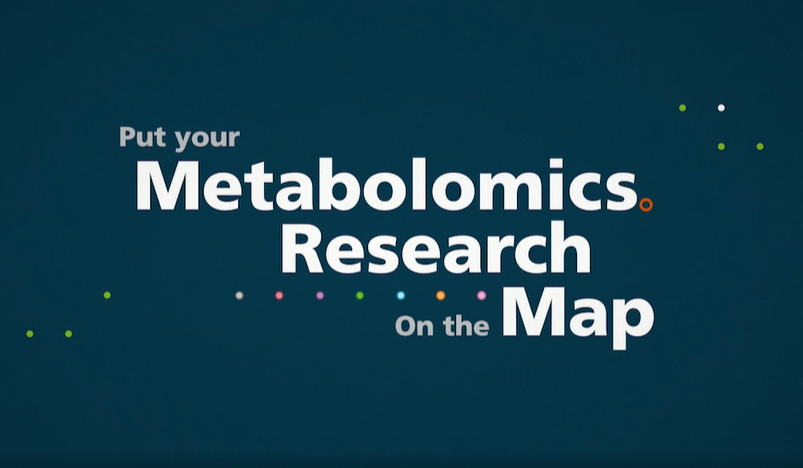 Wolfram Weckwerth, Ph.D, full professor of Ecogenomics and Systems Biology at the University of Vienna, Austria, is the founding chair of the Vienna Metabolomics Center (VIME), where his lab has solved the so called "biochemical Jacobian" to reveal causal correlations from metabolomics data using an inverse modeling approach.11,12,13,14

Combining statistical features of metabolomics data with metabolic reconstruction and prediction from genome sequences and variable genotypes, his team establishes the systematic analysis of the GxExP, applying these concepts in ecology, evolution and development, as well as biotechnology.9,15 This framework is referred to as “Green Systems Biology”.10

Weckwerth explains: “The data gathered from genome sequencing projects requires interpretation to understand genotype-phenotype equations. In ecology it was important to give it the correct terminology, and that was the reason for the name “Green Systems Biology”.10 It is as important to apply these technologies in medicine, as it is in ecological studies or in anthropogenic agriculture systems, especially with climate change, the corresponding plant productivity crisis and sustainability problems we see nowadays.”

In the Weckwerth lab it is now possible to sequence germplasm collections of thousands of different genotypes for crops, such as wheat, maize, millet, potato or chickpea. The chickpea for example is a legume, and a staple food. It fixes nitrogen with the help of bacteria. In this system, the CO2 fixation is conducted by the photosynthetic system and Calvin cycle, and the nitrogen fixation by the bacterial-plant root system.

It is this symbiotic relationship that is used to make the biomass of the plant, and the protein-rich seed that we can eat. In the Vienna green house, the Weckwerth lab now has germplasm collections of 3,000 genotypes of chickpea. Through combining this data with metabolomics analysis, they can also interpret the corresponding phenotypes. Weckwerth says “What we now want to understand is how this genotype translates into this specific phenotype, and what are the causal processes. As such, this “Green Systems Biology” technology platform combines the genome information of multigenic traits (taking 3,000 genotypes of chickpeas into account), and then, through genome-wide association studies, transcriptomics, proteomics, metabolomics, and genome-scale modeling, tries to integrate a full–causal chain from the genotype to the phenotype in the specific environment where the plant is grown.”

The lab has discovered a new bacterium that exists in the leaf of the chickpea plant and has a mutualistic or symbiotic relationship with the plant, but in the leaf and not in the root (as all other bacteria know so far). Weckwerth says: "We sequenced the genome and then we reconstructed the entire metabolic network, creating a full genome-metabolic reconstruction using mathematical and computer models.” He continues: “We know the capacities of the plant, and we know the capacities of the bacterium, and we can see how the interaction actually works. For example, you have sugar import into the bacterium, because you have lots of sugar transporters in the membrane of the bacterium; on the other hand, you have amino acid transport from the bacteria to the plant. So, you can see the interactive network of the plant-bacterium-interaction.” 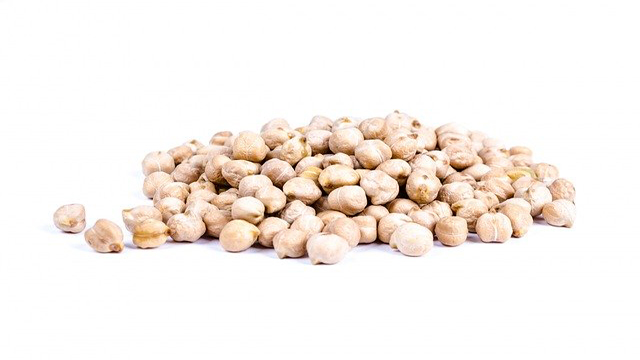 The result of genotype-metabolome analysis is a relation of function and causation, and how it affects the system network. This leads to the prediction of the phenotype from the genotype. Weckwerth continues by saying “We now have a database of thousands of genotypes fully sequenced and we also know the origin of the genotypes, or better, ecotypes, on the global map, and, what we see is that they are very different in their genetic variations.” This means it is now possible to correlate all global plant variations to the physiological phenotype, and the molecular phenotype. Weckwerth explains that the work of his lab “Is similar to genome-wide association studies and combining these with metabolomics.” It’s what he calls: “metabolic-genome-wide association studies.”

Predicting the metabolite dynamics from the genotype

The ultimate goal of Weckwerth and team's work is “to predict a metabolic profile, or the metabolite dynamics, from the genotype.” He provides the example of two cultivars of chickpea. Using their approach, the scientists show that one is drought resistance, and the other one is drought susceptible. We now know the genotype variation and we can also see the effect on the metabolome, and how this metabolome correlates to the phenotypic variation. He explains that “this is how we then finally define the causal relation of the genetic variation to the metabolic phenotype but also the physiological phenotype, which then finally results in the kind of resistance or sensitivity phenotype of the plant."

The work of Weckwerth and his colleagues points towards major changes in the future of agriculture. How long will it take for us to have sufficient understanding of cultivators and natural crops to create climate change-resistant sustainable systems? Weckwerth says: “Ten years ago, when I started the lab in Vienna with the metabolomics-proteomics platform, the systems biology program was quite far away; but now, we have this enormous amount of genome information, and we can do lots of genotype and environmental phenotype analysis.” He continues: "We already do studies on thousand different genotypes, on the proteome and metabolome level.”

Weckwerth says “The next point that we are aiming at will be assessing the nutritional quality in staple foods in combination with improving their productivity, and growth in very harsh conditions.”

As such, it is now possible to combine the systems biology platform technologies with fast breeding, and marker-assisted breeding to generate many different varieties of genotypes with specific traits. These can then be selected; the best ones can be combined, and put out in the field. That’s how metabolomics can help feed the world.

15. Weckwerth W. Toward a Unification of System-Theoretical Principles in Biology and Ecology—The Stochastic Lyapunov Matrix Equation and Its Inverse Application. Frontiers in Applied Mathematics and Statistics. 2019;5.