Precision or personalized medicine seeks to provide the right drug to the right patient at the right time. Hence the significance of the principal omics: disciplines of genomics, proteomics, and last but not least metabolomics, as diagnostic enablers.

Where clinical chemistry blood tests typically quantify individual species for example, glucose or cholesterol, metabolomics measures hundreds or even thousands of metabolites to provide a nuanced view of disease states.

Diagnostic metabolomics resembles other medical testing, where results are compared against readings from healthy individuals or a reference population. Many metabolites serve that purpose but none on its own is sufficiently specific or diagnostic for a diagnosis -- otherwise it would comprise a standalone test. Hence the reliance on metabolite panels or networks, which together may provide a clearer view of disease states than any single diagnostic molecule.

Get your global lipidomics data in just 2 week

“Lipidomics is an important part of metabolomics. Lipids tell about the state of a cell or tissue. Lipotype is dedicated to lipidomics. We envision lipidomics as routine tool for clinical diagnostics.”

Calculating statistical relevance for an assembly of metabolites takes serious computing power, particularly given the huge concentration dynamic range of metabolomic elements. Mapping metabolites to known metabolic pathways is even harder, but the rewards, such as pinpointing metabolic disruptions that genes or protein levels fail to uncover, are what diagnostic metabolomics is all about.

Understanding the effects and penetrance of genetic mutations on phenotypes is a major goal of genomics. Penetrance, is the proportion of individuals carrying a specific gene variant who also express that gene’s associated trait, or phenotype -- in this context clinical symptoms. “Since metabolomics measures a molecular phenotype, it addresses the issue of the phenotypic impact of gene variance in genes that also affect metabolism,” Milburn explains.

In collaboration with Baylor College of Medicine and the Houston Health Sciences Center, researchers at Metabolon published an 80-subject study that combined whole exome sequencing with global metabolomics data to assess the clinical significance of genetic mutations. Investigators showed that metabolomics was an effective complement to next-generation sequencing for disease risk analysis, disease monitoring, and drug management. Apropos to the current point, data demonstrated that some individuals who possessed a gene variant associated with disease, but normal metabolites could, in fact, be healthy. Conversely, some individuals with mutations considered benign but who were sick had metabolomics profiles indicative of disease. 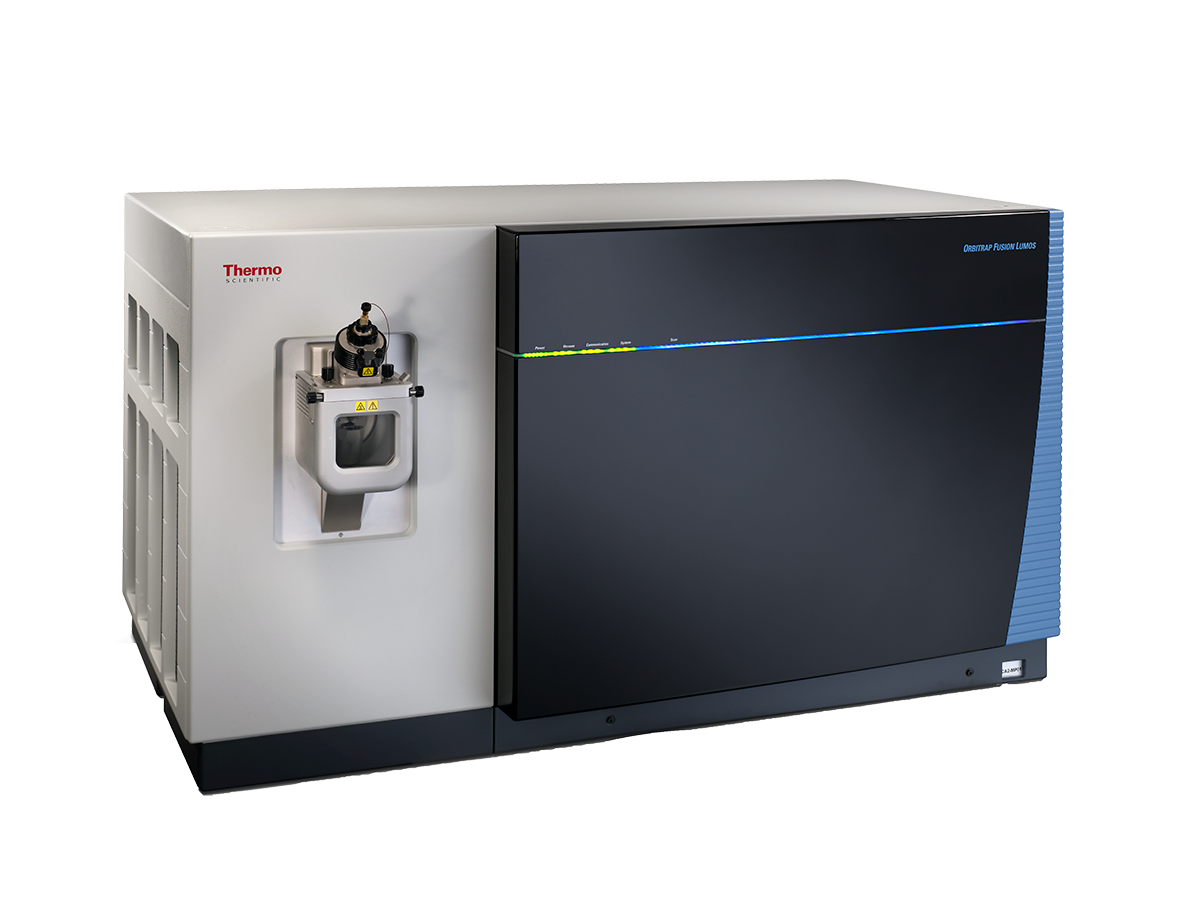 Most recently, mass spectrometry tools that provide one million resolution capabilities have become available with Orbitrap technology. These measurements can be powerful for the study of metabolic flux of lipids.

One of the wonders of metabolomics is the relative lack of constraint regarding analytic modality, sample origin, or data analytics. For example, numares (Regensburg, Germany), a medical diagnostics company, recently announced results from a retrospective study that supports the application of metabolomic biomarker networks to a non-invasive diagnostic for bladder cancer. numares plans to analyze data from a prospective study to validate this hypothesis in late 2018.

numares’ analysis platform, proton nuclear magnetic resonance (1H-NMR), is sensitive and handles wide variations in concentration, but has a reputation for inaccessibility due to its high instrument cost and the high level of expertise required to conduct NMR experiments. To further complicate matters, numares conducts NMR on urine, which contains hundreds of compounds and metabolites. NMR’s traditional strength is the analysis of pure compounds.

Yet numares hopes that through engineering, discovery, and advanced informatics it can transform NMR into a suitable diagnostic platform. “We are making NMR accessible to non-experts,” says Dr. Philipp Pagel, Chief Medical Officer. “But to achieve that we need to define characteristics of a complex NMR spectrum that we can plug into an equation that generates a probability that cancer is present.” That number, he says, and not complex spectra, are what physicians will see.

Available urine-based diagnostics for bladder cancer are unreliable in the presence of trace blood, termed microhematuria. Fewer than five percent of patients with microhematuria are diagnosed with bladder cancer, yet many undergo costly, unpleasant cystoscopy (urethral examination) to rule out malignancy. A metabolomic test will complement, not replace current diagnostic protocols, and could obviate the need for many cystocopies.

NMR is by no means the only metabolomic approach to bladder cancer. Early in 2017, scientists from Agilent Technologies (Santa Clara, California, USA) reported on a study based on the microplate-based AbsoluteIDQ p180 kit from Biosocrates Life Sciences (Innsbruck, Austria). The kit is designed as a preparative front end to liquid chromatography or flow injection analysis coupled with mass spectrometry. A paper published last year in Analytical Chemistry demonstrated the inter-lab reliability of AbsoluteIDQ. 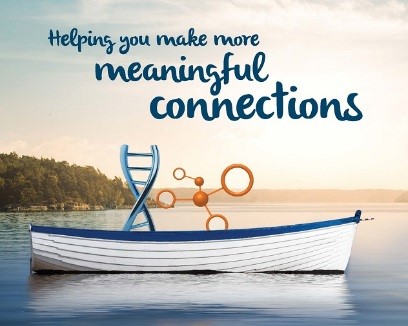 Metabolomics can unlock the full potential of genomics data be connecting the dots between the genome and phenotype.  This comprehensive eBook explores how metabolomics can advance genomic research be helping researchers grapple with high allelic variation, gauge gene penetrance and understand gene function.

Metabolomic analysis: It’s all about data

Since metabolomics is all about correlations and test execution, metabolomics tool companies will always seek out organizations possessing historical patient data and test development know-how.

Researchers now have a direct link between the Thermo Fisher’s small-molecule Compound Discoverer 2.1 software and SRI’s BioCyc, a collection of 11,000 databases that electronically references the metabolic pathways and genomes of many organisms. Overlaying these pathways interactively facilitates the biological interpretation of metabolomics experiments.

“A pathway is a linked set of biochemical reactions,” explains Peter Karp, Ph.D., director of the Bioinformatics Research Group at SRI. “When more than one metabolite within a pathway changes there is more confidence that the change is real.” When scientists are unfamiliar with the significance of a given metabolite, studying pathways in which it is involved often clarifies that role.

BioCyc is not tied to Thermo Fisher hardware or instrumentation. Karp and coworkers at SRI have published an introductory paper on its use, and a 2017 update on using BioCyc to discover metabolites that change between normal and diseased states, and to infer biological processes in which those metabolites participate.

When tested in a Canadian clinical trial involving 1,000 patients, PolypDx™ was significantly more sensitive than fecal-based screening tests in detecting precancerous growths. Patients who screen positive for polyps are then referred for colonoscopy.

PolypDx™, an LC-MS based test conducted by certified diagnostic laboratories, measures levels of three metabolites (ascorbate, carnitine, and succinate), which when adjusted for age and sex and entered into a predictive algorithm generate the test results.

Metabolomic Technologies is researching alternatives to the analytical platform needed to quantitatively measure these metabolites.  This includes a number of immunoassay platforms, as well as some Point of Care (POC) options.

PolypDx is much more sensitive but not as specific as hemoccult tests. David Chang, PhD CEO explains that like any other test PolypDx can be tuned to be greater specificity or sensitivity, which represents a tradeoff between false positives and false negatives. “Our test is still much more sensitive to adenomatous polyps than the hemoccult tests. Hemoccult tests are tuned to be very specific, leading to very few false positives, but they miss many patients with polyps. We seek a good balance, as a population-based screen, to maximize patient outcomes.” 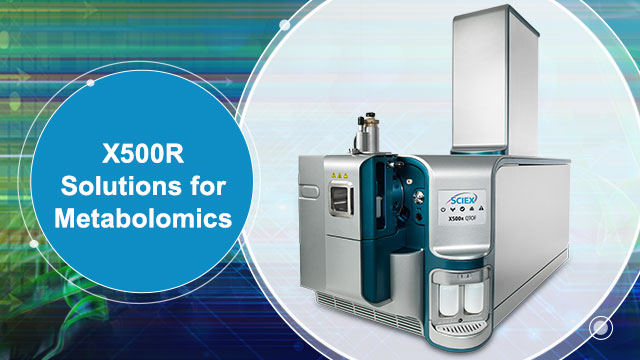 A faster, simpler complete solution for metabolomics researchers to perform routine, high-throughput metabolic profiling has arrived. The X500R QTOF System, powered by SCIEX OS, is an everyday, robust mass spec system with the performance you need to power through experiments and deliver results you can trust.

OWL’s OWLiver and OWLiver Care products are the first metabolomics-based tests for NASH and NAFLD, respectively. The assays use less than 0.3 ml of blood, whereas conventional confirmatory testing involves invasive liver biopsy.

ProSciento maintains a database of more than 30,000 active study participants enriched for diabetes, obesity, and related metabolic conditions. Its partnership with OWL will help to identify individuals eligible for enrollment in NAFLD/NASH clinical trials through non-invasive blood tests.

For OWLiver and OWLiver Care tests, metabolite selection is based on the relationship between NAFLD and circulating triglycerides. Serum concentrations of specific triglycerides also correlates to their levels in the liver, as demonstrated early in 2017 by researchers at OWL scientists and academic collaborators.

Although their principal research focus is liver diseases, OWL is branching its lipidomics approach into dermatology, autophagy and nerve regeneration, and cancer.

The future of metabolomics in diagnostics

The success of diagnostic metabolomics depends on reducing or overcoming its complexity, strengthening relationships between metabolites and target diseases, and convincing insurers to pay for what amounts to an additional layer of testing: in other words, the interplay of science and economics.

That metabolomics will continue to improve and evolve towards its stated objective is a near certainty. Whether the granularity it adds to well-established diagnostic paradigms actually benefits patients and healthcare systems remains an open question.

Clearly this is the case where a simple blood or urine test reduces the need for invasive procedures. But even then the technology must be generally accessible and physicians must trust it. Given the inertia of modern health systems, that is by no means guaranteed.