Navigating the Brain: A Cheat Sheet

Complete the form below and we will email you a PDF version of "Navigating the Brain: A Cheat Sheet"

One of the first things to strike you when studying neuroanatomy is the dizzying amount of jargon. Our brain’s incredible complexity has seen generations of neuroscientists build up an exhaustive list of terminology for different brain regions and cell types. Whilst at the most basic level, our nervous system is divided up into a central nervous system (CNS), comprising the brain and spinal cord,  and a peripheral nervous system (PNS), made up of the nerves that relay information from our body to the CNS.

Before we can get to identifying all these brain regions, it makes sense to get a grip on the terms that neuroscientists use to denote directions in the brain. As it turns out, “up”, “down”, “left” and “right” aren’t quite up to the task.

A broader term often used here is neuraxis or neuroaxis, which refers to the overall direction in which a nervous system is arranged. The neuraxis is shaped during neurodevelopment.

A simple life with a fish brain

If we all had fish brains, things would be easier. Not just because issues like socioeconomic policy would be less pressing if eating plankton was our number one goal in life, but because in the straight, smooth fish brain, there are only four basic directions you need to get around:

This is because the fish brain lines up quite nicely with the body it is housed in – they have a linear nervous system. The human brain, however, is positioned at a 90° angle to the rest of our body, so things are a bit more complicated. 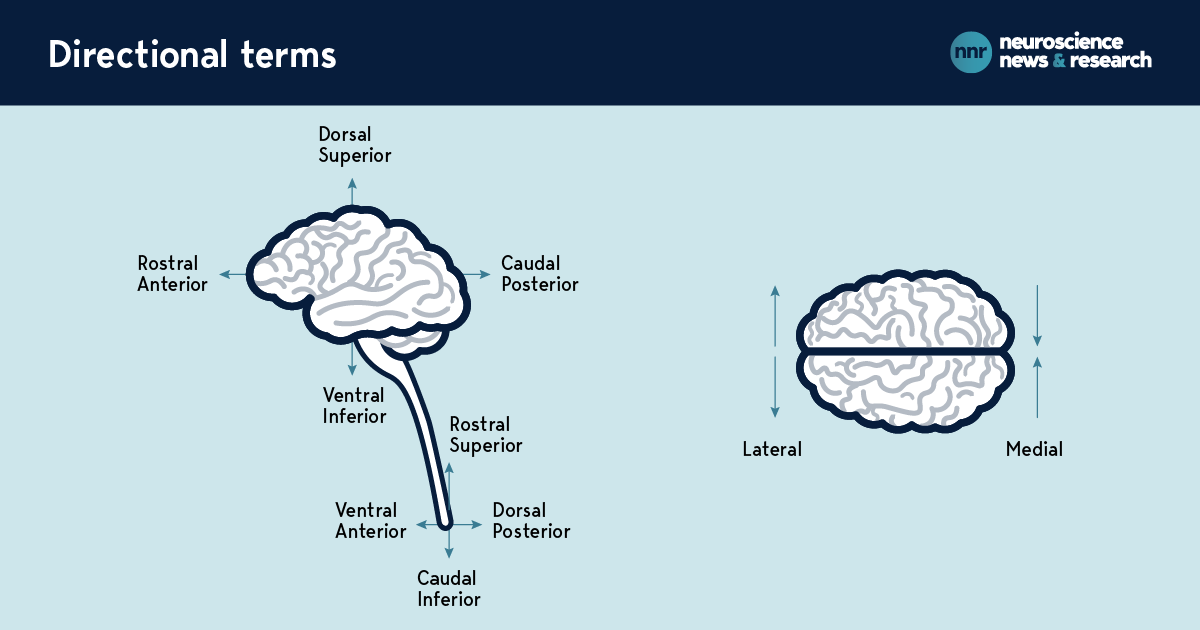 Directions in the brain

We retain the terminology used in the fish brain for our human one:

But we add a few more layers of directionality:

If you are in the spinal cord, below the brain, things are now flipped, to be in line with the rest of the body

Spinal cord directionality is also used for certain brain structures in the brainstem, including the midbrain, pons and medulla.

Still with us? Let’s look at ways we can cut the brain up based on planes: 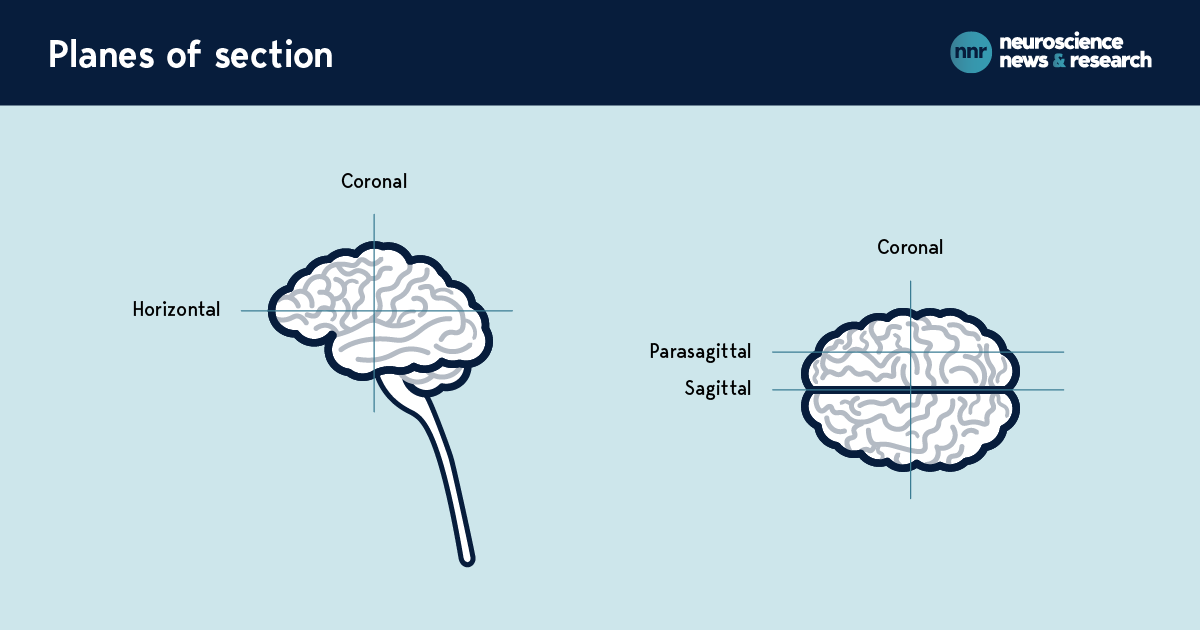 Planes of the brain

Coronal/frontal plane: Divides the brain into front and back sections. A cut in this center of this plane chops the brain in half between the nose and the back of the head. 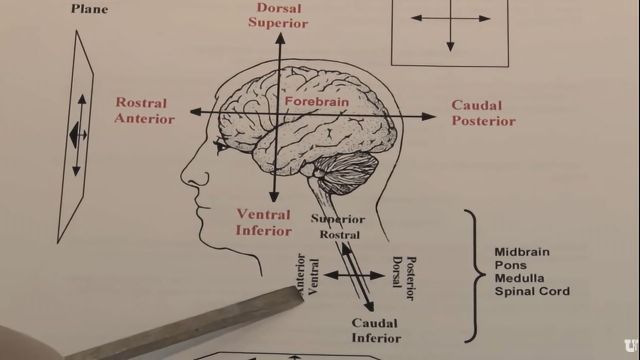 Orientation: The Planes of the Brain

END_OF_DOCUMENT_TOKEN_TO_BE_REPLACED

Axial/horizontal plane: Divides the brain into top and bottom sections. A cut through the center of this plane chops the brain in half between the top of the head and the neck. Imagine your brain is a double decker bus going through a tunnel that has a low roof and you’ll get the right idea.

Complete the form below to unlock access to this Audio Article: "Navigating the Brain: A Cheat Sheet"