Complete the form below and we will email you a PDF version of "New Compound Targets the Link Between Poor Diet, Inflammation and Alzheimer's Disease"

Most recent headlines around neurodegenerative disease research are in the context of a multi-billion-dollar drug failure. But whilst there have been some (extremely expensive) setbacks for long-standing theories in the field, novel research directions have recently emerged that offer routes towards an effective therapy. These findings suggest that we might need to look at novel cells, brain areas, and even new areas of the body in order to understand and fight these complex conditions.

“Let me just start out by saying that epidemiological studies have shown for some time that for two age-related neurodegenerative diseases, Alzheimer's and Parkinson's, there seems to be a window of time during which anti-inflammatory drugs may have reduced the incidence of Alzheimer's and Parkinson's later in life if they were consumed chronically,” says Malu Tansey, a Professor and Directo of the Center for Translation Research in Neurodegenerative Disease at the University of Florida.

As interviews go, that’s quite an opening statement. Tansey isn’t talking about invasive immunotherapies or personalized medication regimes, but over-the-counter, pharmacy-derived tablets cutting down risk of a disease for which an immune component is often overlooked.

It’s well known that changes to the immune cells in our brain are common in Alzheimer’s disease. Our brain’s resident cells, microglia, become activated and areas of the brain become inflamed. But this was always considered to be a response to the formation of amyloid plaques and tau tangles, two distinguishing molecular features of the disease. Tansey’s suggestion that anti-inflammatories could have some therapeutic benefit (if taken at the right time) would flip that theory upside down.

But the data isn’t all in agreement.

Tansey explains that individuals who took anti-inflammatories later in life, as medication following a hip replacement, for example, didn’t receive any benefit, which perhaps explains why testing drugs of this class has resulted in failed clinical trials with Alzheimer’s patients. “Some of the studies apparently show some protection for people that consumed [anti-inflammatories] in their 30s and 40s for tennis elbow and things like that,” she continues.”

An immune system working against the body

This isn’t the only evidence suggesting an inflammatory component to the condition. Diseases of chronic inflammation are risk factors for Alzheimer’s disease, and genome wide association studies (GWAS) which scour the genome for genetic links to particular diseases turned up a host of strong links between immune genes and risk of developing  Alzheimer’s disease. Our immune system is meant to be protecting our bodies – why is it involved with a disease that ravages them?

Tansey’s lab first began looking at inflammation in the context of brain health 20 years ago, when her team exposed mouse models to lipopolysaccharide (LPS) molecules, components of bacterial cell walls, with the aim of studying what the resulting immune response would do to their mice. The LPS dose was substantial, short-lived, and, Tansey tells me, didn’t do very much to their animals’ brains.

The inflammation, she decided, was just not enduring enough to replicate the kind of long-lasting effects that might be having some damaging effects in elderly patients. A reviewer came back with an idea, “If you really want inflammation, you should just modify the diet!”

“That suggests that if there's links between [these syndromes and neurodegeneration] then the chronic inflammation in the periphery must be affecting the brain somehow.”

When given to mice, a high-fat, high-fructose diet, which mimics that consumed by Westerners, had rapid effects on their gut and brain, which became “leaky”, representing a breakdown between the barriers separating our environment from our bodies, and our body from our brains.

Subsequent work in Tansey’s lab, which she presented recently at Neuroscience 2019 in Chicago, showed that mice genetically pre-disposed to develop Alzheimer’s disease-like symptoms saw their disease course speed up when fed the fatty, sugary diet. However, when mice were treated with a novel compound that Tansey had created, many of these changes were reversed, including lower levels of inflammatory cells and reduced amyloid plaque pathology. 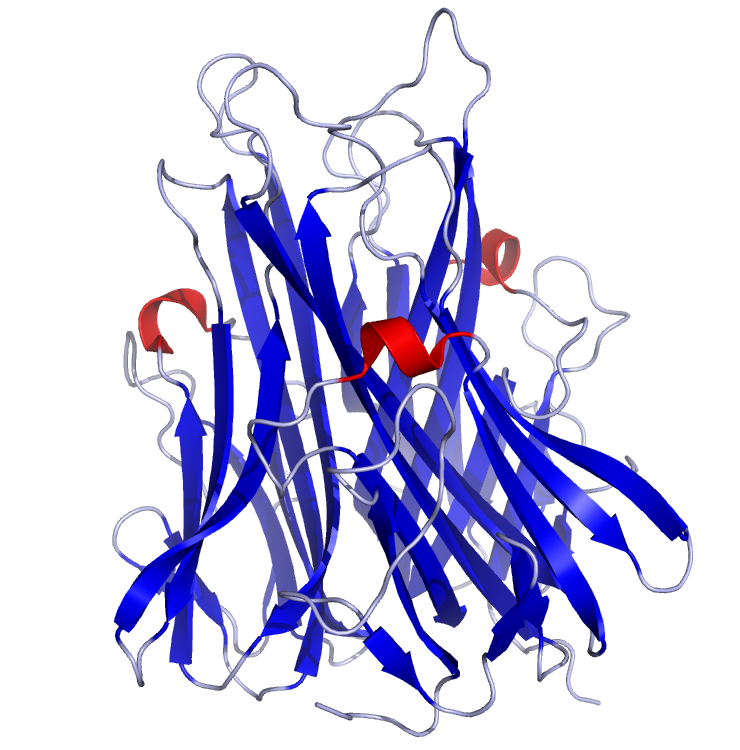 This compound is designed to target an immune pathway called the soluble TNF pathway. The protein at the centre of the pathway, TNF, is found wedged in the membrane of certain immune cells. During inflammation, TNF is bisected, with one arm of its structure staying put, and another becoming free-floating in the blood plasma. This protein, Tansey explains, has been hard to target because of its "Jekyll-and-Hyde" like nature.

“Our strategy is to selectively target soluble TNF and none of the existing biologics can do that. They block both arms, which is why you see the black box warning on the box, saying, if you have an active infection, do not take this drug. If you've been to an area where there's tuberculosis, do not take this drug.”

A new compound, currently undergoing clinical trials in Australia, XPro1595, has been developed by INmune Bio, for whom Tansey works with as a paid consultant. By targeting soluble TNF, the compound functions as a big stick jammed into the wheel of inflammation that is started by an obesogenic diet.

RJ Tesi, CEO of Inmune Bio, tells me that whilst the primary aim of this intervention is to slow down the cognitive decline seen in Alzheimer’s disease, he’s hopeful that there could be even be some slight restorative effects of XPro1595. “One of the things that inflammation does is it screws up synaptic function. And so, getting rid of inflammation may, by improving synaptic function, improve cognition.”

But that isn’t the endpoint of the initial trial. Tesi is aware of the infamous failures of extremely expensive Alzheimer’s disease drugs that have plagued the field. First off, he simply wants to show that XPro1595 does what it says on the tin – slow inflammation. “So if we do a small focused trial, looking at our important pathology, which is neuroinflammation, and we get rid of it, then we can pull up our boots and say, "Okay, guys, let's buck up and do this big trial, because we think there's a great chance we're going to be successful.”

Whilst there aren’t any results from XPro1595’s trials yet, the drug’s existence is part of a much wider acceptance of the immune system as an influence of neurodegenerative disease, says Dr Linda Van Eldik, director of the Sanders-Brown Center on Aging at the University of Kentucky, who was not involved in the study. “I think that people are understanding now that inflammation, dysregulated inflammation in the brain is a big contributor to disease progression. You need to have controlled inflammation. Otherwise, if it gets out of control, or if it's not regulated properly, it can shift from being a good thing to a detrimental thing,” says Van Eldik.

Theories such as the amyloid hypothesis that put that protein at the center of Alzheimer’s disease have rightfully had their fair share of attention, and Tansey doesn’t think her research discounts that prior work. “We are not disputing the fact that amyloid played the role, but we feel that it is time to shift that paradigm on its head,” she says. The understandable desire among scientists to find a cure has seen other avenues of study brushed to the side.

With more interest in these other directions, says Tesi, will come better treatments that reflect the complexity of this terrible disease: “The technology we have to ferret out disease has improved dramatically over the last 115 years or so. A good example is breast cancer; in 1950 you have 'breast cancer'. Today you have one of five or six types of breast cancers, depending on molecular markers. And each of those breast cancers are treated very differently. Alzheimer's is going to be exactly the same. There's going to be three or four different pathophysiologies under there. For instance, we are focused on neuroinflammation. Other people are focused on things like mitochondrial dysfunction, lysozyme problems, and they'll even probably be a subset of patients who would benefit from anti-amyloid or an anti-tau. The bottom line is, we think that that there are no silver bullets.”