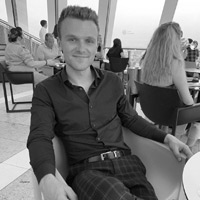 Liam Myles is a psychologist working in mental health within the NHS. He maintains an active role in research and has expertise in the cognitive mechanisms underpinning psychological difficulties.
Learn about our editorial policies
Article

Liam Myles is a psychologist working in mental health within the NHS. He maintains an active role in research and has expertise in the cognitive mechanisms underpinning psychological difficulties.
Learn about our editorial policies
Read time:

Complete the form below and we will email you a PDF version of "Older Age Care: Could Less Be More?"

Our population is aging rapidly, with the UK life expectancy reaching nearly 90 years of age in some areas, such as Westminster.1 Therefore, it is crucial that our social care system is sufficiently equipped with both the knowledge and facilities required to help older age individuals thrive. Psychologists have long advocated the importance of perceived control (PC) in both physical and mental welfare, but what policies do older age care homes implement to bolster the PC of their residents?

The positives of PC

Seminal evidence for the validity of this theory came from a study in which participants were exposed to noxious tones.3 Some participants had access to a button which would terminate the tone if it became ‘too unpleasant’, whereas others did not. Those who possessed the button, and consequently had greater PC over the tone, reported less psychological distress than those without the button. These studies support the notion that a perceived absence of control can have negative consequences on psychological wellbeing.

Evidence for hopelessness theory extends beyond the lab, with similar findings in more ecological domains. Numerous studies have reported an association between low PC and low mood,4 anxious cognitions,5 loneliness6 and stress.7 Furthermore, longitudinal studies have demonstrated that low PC entails a causal role in depression,8 with elevations in PC associated with subsequent remission from negative psychological states.9 It has been suggested that PC acts as a ‘buffer’ against the negative impact of stressful events, protecting individuals from psychological distress.10

Two fascinating studies highlight the importance of PC in older age individuals in care. A study by Knight et al (2010) allowed one group of residents in a care home to make decisions regarding the facility’s décor.16 Compared to residents who had no choice in the matter, the residents who selected the décor demonstrated improved psychological and physical wellbeing subsequent to the intervention. A similar study reported that providing older age residents with a plant that they were responsible for looking after promoted greater happiness, alertness, sociability and even longevity, compared to a group of residents who did not have this responsibility.17, 18 These studies underline the psychological and physical benefits of elevating PC in older age individuals in care.

What can care homes do to give residents control?

Care homes provide individuals with assistance in daily living, but this does not mean that residents must lose their sense of independence. Such facilities are increasingly moving towards a person-centered approach and taking measures to ensure the maintenance of their residents’ autonomy. So, what are care homes currently doing? The following account comes from my experience of working with care homes in both North Yorkshire and South West London.

In the morning, most residents are responsible for when they wake. Some are given wake up calls if previously requested, but very few have enforced sleep-wake cycles. Residents are encouraged to get dressed and wash on their own, with the choice of clothes often left to them. However, staff remain available to help if necessary, such as washing areas of the body that are more difficult to access.

Where physically able, residents are involved in preparing meals, whether it be making their own food or assisting in the preparation of communal meals. For example, residents may be involved in preparing vegetables, laying the table or making beverages. Even for those who are less physically able, staff will often assist them only in the aspects of the preparation process which they are unable to do. In some facilities, a menu is offered, and residents can exercise their autonomy by selecting the meals that they wish to eat. Additionally, residents are rarely pushed to eat if they do not wish to, however this may not be the case for those with concurrent physical health concerns related to diet.

During the day, residents can arrange their own activities. Many leave the home and return freely, whether it be to attend appointments, go shopping or go for a walk, provided they inform the relevant staff prior to departure. Moreover, residents can arrange for nights or weekends away to spend time with friends or family. However, it is sometimes necessary for residents to book appointments or trips away in advance, as an assessment may be required to evaluate the appropriateness of the excursion. Unfortunately, such restrictions can impose limitations on their sense of autonomy. For those unable to independently leave the facility, there are often daily activities held inside the home, ranging from arts and crafts to garden work, and the residents can choose whether to attend.

What more can we do?

Despite the work of these care homes, there is still more that can be done. In line with the person-centered nature of this approach to care, the additional support required for each resident varies on an idiosyncratic basis. Staff must ensure that the needs of service-users are adequately met whilst endeavoring to promote resident independence. Nevertheless, there are additional systems which could be put in place to bolster the PC of residents.

More widely, some facilities fail to provide a variety of daily activities for residents. This can lead to a rather monotonous lifestyle and limit residents’ sense of autonomy, due to restricted control over the activities in which they engage. Therefore, care homes should endeavor to put on a greater variety of daily activities. Whilst holding these activities may be covered by volunteers, it may require additional funding, but should be achievable at a relatively low cost. Developing new systems in which a variety of regular activities are held in care facilities would allow residents to have more control over their lifestyle and elevate their sense of autonomy.

Furthermore, some residents attempt to obtain forms of employment. Employment represents a valuable method of providing a sense of purpose, however demographic factors often limit the success of older age individuals. Additional support from either the care homes or external organizations in applying for jobs would provide residents with a greater chance of success, however many care facilities currently lack such systems.

Clearly, this approach has a trade-off between adequately caring for older age individuals and providing ample opportunity for them to exercise control. Until recently, many adopted the former approach. However, older age care facilities are increasingly promoting autonomy-oriented care, attempting to grant individuals as much independence as possible. The goal of care should not be to ‘parent’ residents, but instead to provide them with the appropriate aid so that they can self-govern. One care home manager phrased it perfectly, stating that “to remove independence is to remove hope. Do this, and residents will give up.” Developing systems to promote independence is difficult and requires a degree of innovation, but it is unequivocally important for the psychological welfare of our older age population.

In conclusion, the literature has emphasized the importance of PC in both physical and psychological welfare. This is particularly relevant for older age individuals in care homes, as receiving too much assistance in daily living may risk stripping them of their independence. Older age care facilities are increasingly utilizing autonomy-oriented approaches to care, and it is crucial that they continue to develop and implement such strategies to promote their clients’ independence. It is important to remember that sometimes doing less can be more valuable.

1. White, C. (2020). Life expectancy for local areas of the UK: between 2001 to 2003 and 2017 to 2019. Office for National Statistics. Accessible at: https://www.ons.gov.uk/peoplepopulationandcommunity/healthandsocialcare/healthandlifeexpectancies/bulletins/lifeexpectancyforlocalareasoftheuk/between2001to2003and2017to2019