Complete the form below and we will email you a PDF version of "The Brain Bounces Back: Activity enables mice to overcome brain damage"

The cortex is the outer layer of our brains, the part that contains the many grooves (sulci) and ridges (gyri) synonymous with depictions of the organ. Under the surface of this haphazard appearance, the cortex is ordered, containing six layers of neurons that interact and receive and deliver messages from and to different parts of the brain to enable us to sense and interact with our environment.

Although the size and complexity of the cortex has changed throughout evolution, there are still similarities that exist between humans and model organisms, like mice.

Watch: an interview with Dr Randy Bruno about his group's findings

Focussing on the somatosensory cortex, the area that responds to sensory input from the body, Randy Bruno’s group from the Zuckermann Institute at Columbia University set out to find out how crucial these areas of the brain are for learning, influencing and informing the behavior of an animal. 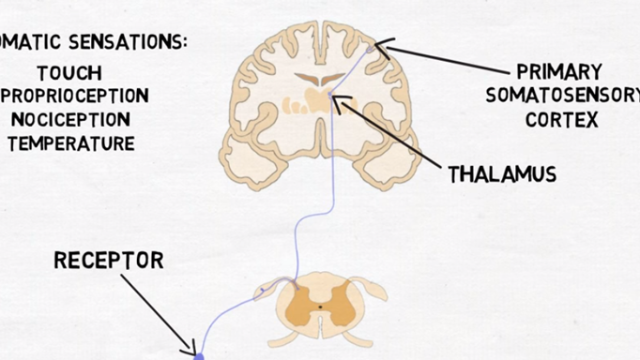 END_OF_DOCUMENT_TOKEN_TO_BE_REPLACED

Published in Nature, the research focused on the barrel cortex, a subdivision of the somatosensory cortex whose specialized neurons are activated by deflections of the animal’s whiskers.

“Mice use whiskers to sense their surroundings the way we use our fingers,” explains Y. Kate Hong, PhD, first author and Postdoc in the Bruno lab.

Hong and colleagues devised a GO/NOGO task to test the importance of the barrel cortex in behavior.

First, they trained mice in the dark to press a lever which moved a pole within reach of their whisker. When they felt a deflection of a certain whisker, the mice then had to release the lever and they received a reward. On GO trials the pole was in reach, on NOGO trials the pole moved away from the mouse. Incorrect lever release on NOGO trials were punished with a timeout.

When they did this, the scientists found the mice could no longer detect the pole as well as they had previously done. Dropping the success rate from just 75% to about 60%.

However, when they stopped flashing the light and inactivating the neurons in the barrel cortex, the mice recovered the ability to detect the pole and perform the task.

Destroying the barrel cortex also impairs behaviour, but it can be recovered.

Taking this test one step further, the scientists surgically removed the barrel cortex from the mice after it had learned the task. They then retested the mice the day after surgery.

As expected, the scientists found that the mice could no longer detect the pole as accurately, the ablation reduced their success rate to levels similar to the light-inactivation approach.

However, when they tested the mice on day two after surgery they found the success rate of the animals had recovered to original levels (75%) and they were able to detect the pole.

"This came as a huge surprise, since it suggested that tactile sensation, such as whisker-based touch, may not completely rely on the cortex,” said Dr. Hong. “These findings challenge the commonly held, cortex-centric view of how the brain drives touch perception.”

So, what happened in the brain to facilitate the mouse to recover performance of the task? And is there a critical period in which this recovery can take place?

The scientists think that other areas of the brain are important for enabling the recovery of the behaviour of the mouse, but they were unable to explore this further in this study.

“Rather than being confined to one particular brain region, sensory information is distributed across many areas,” said Dr. Hong. “This redundancy allows the brain to solve problems in more than one way — and can serve to protect the brain in case of injury.”

Crucially, the scientists tested if there is a critical window to the behavioural recovery shown by the mouse.

Following lesioning the scientists waited 3 days before retesting the mice. They found that these mice took four times longer (4 days) to recover their original success rate in detecting the pole compared to those tested the day after surgery.

The surgical removal of the barrel cortex on one side of the mouse brain is essentially like the damage that can be caused by a stroke, which can lead to paralysis of one side of the body. Although the authors express caution that their research can not be directly applied to humans, they hope their findings will be further explored by neurologists looking to improve recovery times for their patients.

“We tend to immobilize people when they’ve suffered a stroke; the recovery of seemingly simple tasks — walking, grasping — can be a long road.”

Adding: “Our findings suggest that maybe, in some cases, patients could be reintroduced to these activities much earlier in order to speed recovery.”

Furthermore, the group showed that naïve animals could learn the task following lesioning of the barrel cortex. Throwing into question the importance of the somatosensory cortex in behaviors that require the integration of multiple types of learning in this GO/NOGO task, like: pressing a lever; sensing the pole; releasing the lever to get a reward.

What this means for our understanding of the role of the somatosensory cortex remains to be explored.