The Road to Visual Prosthesis: A Timeline 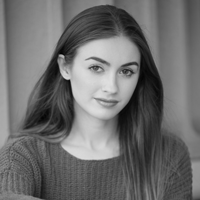 Complete the form below and we will email you a PDF version of "The Road to Visual Prosthesis: A Timeline"

Visual prosthesis technology has come a long way since early experiments with optical cortex implants that began in the 1960s. Commercially available visual prosthetics are available today, but they can only restore limited vision with a low spatial resolution. Challenges like biocompatibility or cost remain significant barriers.

Recent research suggests this may be about to change – and that we may be just a breakthrough away from highly sophisticated visual prostheses.

The history of visual prostheses goes back as far as 1929. German neuroscientist Otfrid Foerster demonstrated that electrical stimulation of the visual cortex could lead to a subject's perception of flashes of light – or "phosphenes".

This research was built on earlier discoveries by scientists who first investigated electrical stimulation of the nervous system, like Luigi Galvani’s 1791 discovery of the effects of electricity on animal tissue. However, experiments with visual prosthetics did not begin until almost 40 years after Foerster’s work.

Throughout the mid-1960s, scientist Giles Brindley worked on a device that used an array of electrodes below the scalp to stimulate a subject’s occipital lobe – which contains the brain’s visual cortex. It could reliably produce phosphenes in the subject’s field of vision. Brindley, together with scientist W.S. Lewin, first performed human tests of the device in 1967.

The team published their findings in 1969 and continued work on early visual prostheses into the 1980s, eventually working with blind patients. Brindley and Lewin discovered they could stimulate these phosphenes using their device, even in patients with total blindness.

Brindley’s work was continued by William H. Dobelle, a biomedical researcher also known for his work on breathing pacemakers. Dobelle’s experiments in the ‘80s and ‘90s enabled the creation of the “Dobelle eye”, a prosthetic device that stimulated the brain’s visual cortex.

It consists of a pair of spectacles attached to a camera, an ultrasonic rangefinder and a tiny computer. The computer processes information from the camera and rangefinder, then converts that information into a signal transmitted to an array of electrodes implanted on a recipient’s visual cortex.

The device allowed recipients to see the outlines of images and objects as a series of white dots on a black background.

By 2002, the continuing development of visual prosthetic technology had produced a prosthesis that enabled one implant recipient, a former pilot named Jens, to drive a car around the parking lot of Dobelle’s institute.

These devices can offer significant benefits for recipients – primarily a limited restoration of vision, allowing recipients to see light, movement and shapes. This enables users to travel more easily and work on their own.

In addition to providing limited vision to blind device users, these prostheses can also help offset other challenges blind people may face. For example, people with physical disabilities are two to four times more likely to experience a substance use disorder. Implants that restore vision could help improve the quality of life for recipients and reduce the risk of experiencing addiction.

Obsolescence and other concerns

Commercial implants bring a new challenge– what happens when a visual prosthetic device manufacturer goes out of business?

Bionic eye manufacturer Second Sight, founded in 1998, was the manufacturer of the Argus II retinal prosthesis. Following financial issues, the company began phasing out this product in 2020. Recipients of the implant could no longer receive maintenance or repairs for their device. If it failed or was damaged, it would be nonfunctional for good, returning users to blindness.

Implant recipients described the company’s technology as fantastic but criticized it for failing to provide support. The nonfunctional implants prevented recipients from receiving MRIs and can cause medical complications. Removing the prostheses is possible, but the process can be painful and expensive.

Several other bionic eye systems are currently undergoing trial or awaiting approval. In the future, scientists, policymakers and manufacturers of these devices may have to consider the potential consequences of discontinuing visual prostheses.

Related ethical concerns, like the cost of purchasing and maintaining a bionic eye, will also likely become more important. Businesses and scientists working with visual prostheses may have to consider plans of action for individuals who can’t afford to buy or maintain a device.

2020 and beyond: The future of visual prosthetics

Existing visual prosthetics can only provide a limited restoration of user vision, but future technology may fully reverse blindness.

The Gennaris bionic vision system, which was on the verge of beginning human trials in 2020, is one example that may provide more extensive sight restoration.

Other bionic eye systems that provide limited vision, like the Argus II, IRIS 2 and Alpha-AMS systems, have also been developed. These prostheses could become commercially available sometime in the next few years, providing additional options for potential device recipients.

How visual prostheses may continue to develop

Modern visual prostheses are much more advanced than the original prosthetic devices first pioneered by Lewin and Brindley. Biomedical researchers still have a long way to go, however.

Existing bionic eyes can’t provide complete vision restoration to users, though the limited vision they offer can be extremely valuable. It may offset some of the negative health outcomes – like higher rates of substance abuse – associated with physical disabilities.

Bionic eyes that fully restore vision may be possible at some point. These eyes could transform the current visual prosthesis market – though users would continue to face certain risks, like the possibility that a manufacturer goes out of business.

The 2020s are likely to be a major decade for the development of visual prosthesis technology. If full restoration of sight is possible, we may see human trials on new systems begin to yield results this decade.

Complete the form below to unlock access to this Audio Article: "The Road to Visual Prosthesis: A Timeline"

April Miller
More from this author >
Advertisement
Chosen for You
Article