Why Does Ketamine Fight Depression? Finding Answers at BNA 2019

Complete the form below and we will email you a PDF version of "Why Does Ketamine Fight Depression? Finding Answers at BNA 2019"

Major depressive disorder (MDD) affects roughly 350 million people worldwide, but a significant minority of patients don’t respond to currently available antidepressant medication. Currently, if your doctor suggests a pharmacological treatment for depression (although they are only one aspect of recommended MDD treatment), you’ll probably be prescribed one of the serotonin selective re-uptake inhibitor (SSRI), class of drugs, which boost the levels of serotonin at the synaptic connections between your brain's nerve cells. But SSRIs can take 6-10 weeks to work, and this delay in the mechanism of action is not understood. Furthermore, patients will often be shuttled through several rounds of treatment before finding a drug that works for them. However, a new treatment from an unlikely source has entered the field.

The promise of ketamine, an anesthetic drug primarily used at sub-anesthetic doses to either manage severe pain or send recreational users into a tranquilized and euphoric fugue, is that it could reduce the onset of an antidepressant effect from weeks to hours. Small-scale clinical trials have repeatedly shown ketamine’s short-term benefits for depressed patients, and just last month the FDA approved esketamine, the  s-enantiomer of ketamine, as a therapy for patients with treatment-resistant depression, but the mechanism underlying the drug’s efficacy remains poorly understood.

In a session at last week's British Neuroscience Association’s Festival of Neuroscience 2019, the potential mechanisms of ketamine’s antidepressant action were put under examination. Introducing the session, Oxford University’s Philip Cowen outlined the typical treatment progression of ketamine; patients given therapeutic doses of ketamine initially feel roughly the same effects as clubbers do - dissociation and hallucination. Whereas recreational ketamine users come out of their high feeling groggy and hungover (as do non-depressed people taking therapeutic ketamine) depressed patients that respond to the drug see their depression go into remission for a period of up to a month. Treatment with ketamine involves regular top-up doses that maintain the remission period. Eskatamine is administered twice per week in a clinic, and the patient is required to remain in the clinic for 2 hours while the dissociative effects of esketamine wear off.  Whilst it might surprise some to think that a drug can be approved for treatment when the reason why it works remains open to speculation, Cowen pointed out that this ambiguity is also the case for SSRI treatments. The FDA’s decision was based on clinical trials demonstrating efficacy and is hardly a leap of faith.

Cowen’s presentation was followed by an informative review from John Krystal, a Yale Professor whose group produced the first startling results showing the antidepressant effects of ketamine in a study in 2000. Krystal outlined three main theories of ketamine’s mechanism which are based around the glutamatergic, dopaminergic, and opioid signalling systems in the brain. What are these theories in less jargon-y terms?

Theory 1 - The glutamate surge bounces the brain back

Neurotransmitters – the chemical currency that allow nerve cells to talk to each other - are divided into two classes – excitatory and inhibitory. An anesthetic like ketamine, which has the effect of muting the nervous system into unconsciousness or numbness, either works by boosting inhibition (“Go have a nap!”) or suppressing excitation (“Put down that party hat!”). Ketamine has the latter action – it cuts down the brain’s excitatory signalling by forming a barrier between the neurotransmitter and the receptor it would normally need to bind to. So why would blocking excitation wake the brain up from depression? The “glutamate surge” theory suggests that ketamine also gets in the way of inhibitory neurons, which normally keep excitatory neurons in check. These unrestricted party-happy neurons fill up the brain with glutamate, which has been shown to ultimately lead to the creation of new synaptic connections within the brain. It’s this synaptogenesis that is thought to result in a mood boost for depressed patients.

If your brain wants you to feel good, its generally going to deploy dopamine, a neurotransmitter with a key role in pleasure (or at least motivation), to change your mood. It’s no surprise, then, that researchers suspect dopamine is involved in ketamine’s ability to make chronically depressed people feel normal again in a matter of hours. Krystal highlighted that ketamine’s ability to increase dopamine release in the rodent brain is well established. A follow up talk from the University of Brescia’s Ginetta Collo put forward evidence that ketamine boosts brain plasticity both in dopamine neurons taken from mice and those created from human stem cells.

When it’s not indirectly causing public health emergencies, the mu opioid receptor fulfills a key role as a mediator of inhibition in the brain. Researchers are pretty sure that ketamine interacts with some types of opioid receptors – this is what enables ketamine to be used as pain relief when other painkillers won’t quite do the job. There was clearly some debate in the room as to whether the antidepressant effect of ketamine had something to do with opioid receptors. evidence from a very small trial showed that naltrexone, a mu opiate receptor blocker,  blocked the antidepressant, but not the dissociative effects of ketamine. Conversely, another pilot study found that the same blocker had no effect on ketamine’s antidepressant effects. More research will need to firm up or rule out this theory, which will be key to assessing the likelihood of stopping ketamine addiction or tolerance in trials. 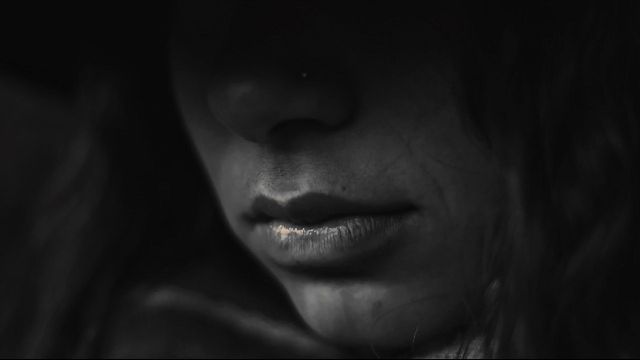 END_OF_DOCUMENT_TOKEN_TO_BE_REPLACED

A positive mood around the future of ketamine

Whilst this research into the mechanism of action of ketamine is being conducted with motivation and urgency, the field can at least acknowledge that it has achieved some of its key goals. What we know now is that whatever the mechanism, this erstwhile “club-drug” is helping people with treatment resistant depression. There was clearly a positive mood in the room around the future of ketamine for depression. There is still a way to go to overcome some of the side effects of treatment, but Cowen pointed out that SSRI treatments were developed to replace neurotransmitter re-uptake inhibitor drugs that had adverse side effects by also binding to off-target receptors.  The SSRIs, while maybe not more effective than the older tricyclic antidepressant drugs, are a much safer class of drugs which has changed lives around the world. Finding ketamine’s mechanism could be the key to developing a new class of drugs that takes the often extended wait out of antidepressant treatment, as Krystal summed up: “Ketamine is opening up new ideas about the biology of depression and its treatment and is likely to be the first in a new class of novel rapid-acting antidepressant drugs.”

Complete the form below to unlock access to this Audio Article: "Why Does Ketamine Fight Depression? Finding Answers at BNA 2019"