A recently announced collaboration between Juvenescence AI, Ltd., a drug development company focused on combating ageing and age-related diseases, and NetraMark Corp., which leverages machine learning algorithms to give new life to failing drugs, has yielded a new joint venture, NetraPharma. We spoke with NetraMark founder Dr. Joseph Geraci to find out more about how the process of targeting and treating neurodegenerative disorders will be radically changed by AI.

Ruairi Mackenzie (RM): For our readers who haven’t heard of NetraMark before, could you summarize your company’s proprietary machine learning technology, NetraAI, and how it is designed to help clinical trials?

Joseph Geraci (JG): Machine learning is making great strides in helping organizations understand their data but for certain types of data this can be difficult. It is very expensive to gather clinical data and thus clinical trial data is small. There are nuggets of value buried within many of these clinical trial datasets but the only methods that have been applied to many of these data are statistical methods.

The methods invented to do this are in contrast to the usual tree-based or deep neural network methods, though NetraMark utilizes these for projects too. The great difference lies in a 'fast-learner' that pumps away at the heart of the NetraAI that we like to call DeepCrush. Also, there is a component called NetraPlay that allows humans to be involved in the process. Human experts can explore these complex models of disease with ease! They utilize the fact that there are many ways of looking at data. For example, disease states can be very complex and actually consist of several well-defined sub-diseases. We also have a project called the NetraHealthAtlas which is introducing a potential new disease taxonomy. What doctors call Alzheimer's today will be known as several subtypes in the future.

RM: You’ve announced a collaboration, NetraPharma, with Juvenescence Ltd., a company aiming to fight aging-related conditions. How will NetraAI be used specifically for this goal?

JG: Aging can be viewed as a disease in that it involves the failure of several key biological processes. The way people age can vary greatly depending on one’s molecular machinery, how it is encoded genetically, and your lifestyle. However, if we can figure out how to slow down the failure of these processes then we will have a way of extending our lives so that we maintain a healthy state for longer.

In addition to this, metabolic disorders such as diabetes, and neurodegenerative disorders like Alzheimer’s, play a major role in healthy aging. Putting all of this in perspective we see that aging is a multi-faceted phenomenon that requires a new way of extracting a well-defined plan of attack. New definitions of the disorders that make up the aging complex syndrome is exactly what we can provide with our technology and because our AI is a glass box, it can explain what it is finding. These “explanations” provide insights into how we can begin to promote healthy aging.

RM: Can you point to examples of clinical trials aimed at combating diseases of aging that have previously failed, and could be resurrected by NetraPharma’s AI technology?

JG: Imagine I was going to tell you that I could hit three targets with one dart. This is impossible and you would think I was going to perform some illusion. This is exactly the expectations that pharma companies are putting on themselves when they are trying to drug Parkinson’s or Alzheimer’s. One drug for these disorders has the expectation of being able to simultaneously hit several targets. 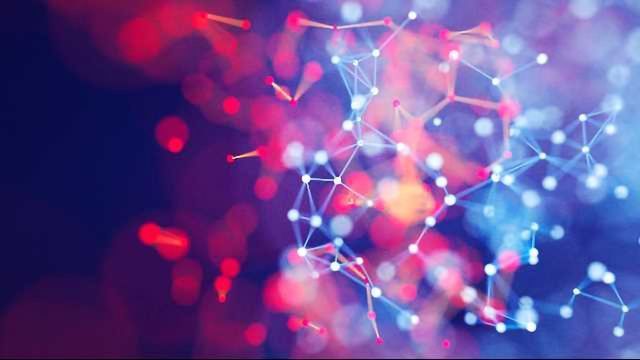 END_OF_DOCUMENT_TOKEN_TO_BE_REPLACED

This spells failure and to NetraAI this is obvious. We even had our system hand us a diabetes drug as a candidate for a small subpopulation of Parkinson’s. This excited us because our system got something really right. It was able to see something that was validated by human experimentation and from statistics: people who take glitazone have a lower chance of getting Parkinson’s. Wow! But someone attempted to repurpose this drug for Parkinson’s and our system could already tell us this will not work. Our system is already finding new subdivisions of these disorders so that pharma companies will have well-defined targets and thus greatly increase the chance of having a successful Alzheimer’s trial. It will just mean that we will need to have smaller wins, for subpopulations, as we begin to dismantle Alzheimer’s as a complex disorder consisting of many diseases.