How Can We Make It Easier To Implant a Brain-Computer Interface?

How Can We Make It Easier To Implant a Brain-Computer Interface?

Ruairi is a senior science writer at Technology Networks. He holds a Master's degree in clinical neurosciences from the University of Cambridge and has written for Technology Networks since 2018.
Learn about our editorial policies
Blackrock's NeuroPort Array (Utah Array) implant. Credit: Blackrock Neurotech

Complete the form below and we will email you a PDF version of "How Can We Make It Easier To Implant a Brain-Computer Interface? "

Brain-computer interfaces (BCI) have the potential to revolutionize the lives of people with severe motor and nervous system impairments. These devices allow users to communicate using computers and even move external devices, such as robotic hands, bypassing damage to their nerves. But users of current BCI technology must face the hurdle of implanting the device in their brain.

Ruairi Mackenzie (RM): How are BCIs currently implanted in patients?

Florian Solzbacher (FS): To clarify, there are of course also plenty of efforts to try and develop non-implantable BCIs. As for implantable BCIs, so far there is only the Blackrock NeuroPort Array (Utah Array) implant, which also has the largest number of subjects implanted and the longest documented implantation times, and the Stentrode from Synchron, that has just recorded its first two implanted patients. The latter is essentially based on a stent that is inserted into the blood vessels in the brain and used to record EEG-type data (local field potentials (LFPs)). It is a very clever solution and surgical approach, and I do believe that it has great potential for a subset of use cases that do not require the high level of spatial and temporal resolution that our electrodes are offering. I am also looking forward to seeing the device’s long term performance.

Our device records single unit action potentials (i.e., signals from individual neurons) and LFPs with high temporal and spatial resolution and high channel count, allowing significant spatial coverage of the neural tissue. It is implanted by a neurosurgeon who creates a small craniotomy (i.e., opens a small hole in the skull and dura), inserts the devices in the previously determined location by manually placing it in the correct area. The surgeon uses our pneumatic insertion tool to inject the electrodes in a very defined and reproducible manner into the tissue while preventing damage to blood vessels. The surgeon routes the cables and pedestal connector appropriately, screws the connector into the skull bone and closes the dura and bone as well as the skin above it again. 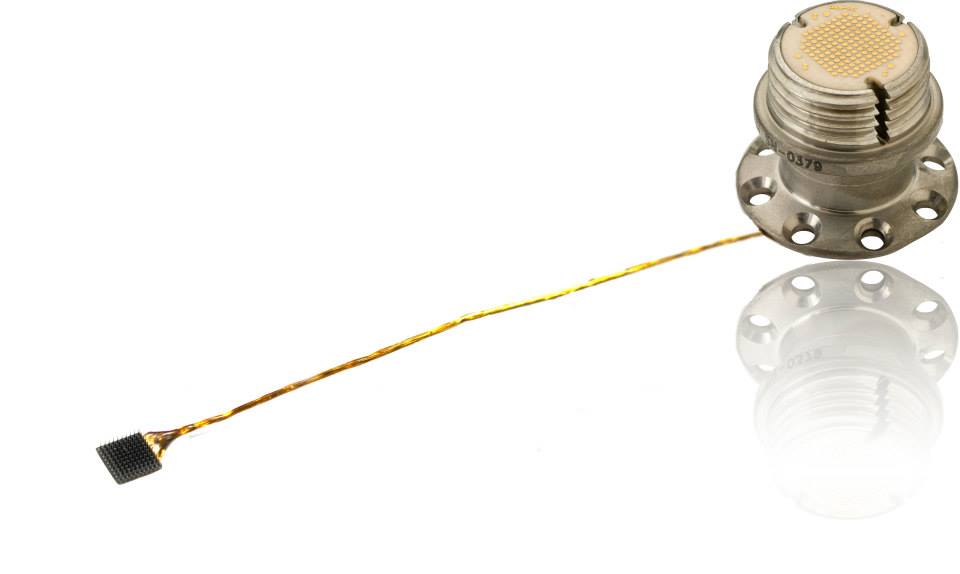 For the wireless versions (which are not currently in patients), the electrode array (or arrays, in case multiple devices are implanted) is connected to a small Titanium or ceramic enclosure, much like a pacemaker or a cochlear implant that is placed under the skin but above the bone prior to closing the skin.

RM: How would an automated solution benefit potential BCI users?

FS: An automated solution would benefit BCI users in the following ways: (1) Access and speed of dissemination: while we have a growing number of clinics that are trained in the procedure, having an automated solution will allow much faster dissemination into the market so that even clinics that are not first tier research hospitals can quickly offer the treatment and device to patients who want it. (2) The automated surgical planning and execution should speed up the procedure, reducing some of the burden on the patient and potentially reducing cost and it should reduce wait times to get access. (3) The hope is that an automated procedure may improve outcomes due to improved reproducibility of the procedure and reduction of procedural variability introduced through individual operators. But that will take a few years to be demonstrated in terms of improved outcomes.

RM: What will the impact be on clinical trials for neurological disorders that make use of BCIs?

FS: It should allow a larger number of clinics and research centers to participate and contribute to clinical trials, speeding up use and implementation as well as development of new use cases.  We hope that it may improve regulatory and reimbursement support for the procedure, since it hopefully limits human error and variations, making the procedure more reproducible.

RM: The BCI field has undergone some seismic shifts in recent years. Where do you see as being the next big changes for this technology?

FS: I anticipate that we will initially see devices for a handful of special cases e.g., in severe tetraplegia or ALS, being released for commercial medical use, followed by a growing number of applications and use cases across a variety of neurological disorders, including but not limited to restoring hearing, treating or mitigating pain, depression, memory loss and many others. The technology will continue to shrink the size of the devices while increasing functional capabilities and performance. The surgery will become (depending on use case) less invasive, faster and more automated and we will see more clinical centers offer these solutions.

We also hope that the growing use cases will go beyond the doubtless moral and ethical value of these technologies and devices to help mankind, and establish the economic value to payers and insurance providers as people regain function and ability to better integrate, contribute to and participate in society and restore their independence, subsequently making it a first choice for patients, clinicians and insurance providers, rather than a last resort.

I do foresee that in 20-30 years, these types of implants will be just as common and acceptable as cardiac pacemakers are today. On the business side, I anticipate that we will see a plethora of new players and possibly even technological approaches enter the field which will create more options and opportunities for users of the technology. Right now we are a bit like the Wright Brothers with the Kitty Hawk demonstrating that “we can fly…” but we are appear to be at an inflection point where the golden age of jetliners may be around the corner.