Sleeping on the Wild Side 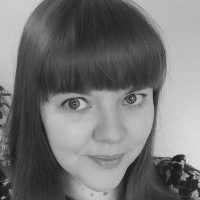 Beccy is a senior custom content producer at IFLS. Before joining IFLS, she was a scientific content creator at Technology Networks, and the sister publication, Analytical Cannabis. She holds a PhD in biological sciences from the University of East Anglia.
Learn about our editorial policies

If humans decided to live permanently in the ocean without any mechanical or buoyancy aids, we would struggle incredibly. Especially when it comes to sleeping. Firstly, if we were somehow able to fall asleep, we would be at high risk from predation. Secondly, we would have to ensure that we had access to constant air so we can breathe.

Marine mammals undergo the same problems as humans. However, they have developed unique tricks to guarantee their beauty sleep. The tricks depend on the type of marine mammal they are. There are four different types of marine mammals: cetaceans (whales, dolphins and porpoises), pinnipeds (seals, sea lions, and walruses), sirenians (manatees and dugongs), and marine fissiped (polar bears and sea otters).

These animals can undergo something called unihemispheric sleep – this is when half of the brain can be asleep, while the other half is awake. For mammals that live in the dangerous ocean, this unique brain function is essential, as there is a need for constant locomotion, monitoring the environment, maintaining social contact, and voluntary breathing – all activities need an active part of the brain.

Cetaceans have different sleep positions; they can sleep during slow swimming, floating on the surface, resting on the bottom of pools or shallow marine floors, and exhibit a degree of variance in sleep postures and behavior – one position is called logging. Logging is a behavior that whales exhibit when at rest and appear like "logs" at the surface.

Newborn Cetaceans sometimes display different sleeping patterns than adults. Newborn dolphins do not sleep for the first 30 days and young whales must sleep alongside their mothers, as the slipstream she provides, pulls the calf along.

Walruses are unusual snoozers, they can sleep anywhere and at any time. In water, they can either float at the surface or lay on the bottom of the bed. Researchers have even seen walruses dig their tusks into ice floats while resting. On land, walruses can settle into a very deep sleep, this can last up to 19 hours. Walruses need this sleep, as they can continuously swim for up to 84 hours. I think anyone would need a nap after that!

In 1493, Columbus wrote in his log that he sighted a mermaid, he noted that it was not as pretty as those described by the sailors. This is not a surprise as what he actually saw was a Manatee, a bit different than the mythical and beautiful half-human half-fish creature. Manatees lie motionless on the bottom of the floor. When it is time to sleep their heart rate and breathing slows down to 20% of their normal activity, allowing them to stay underwater and only surface every 20 minutes. When they do surface it is with as little effort as possible. However, while they are swimming they must surface every 3 – 4 minutes.

The previously critically endangered sea otter can live exclusively in the ocean. The natural high buoyancy of the body helps to keeps them afloat. When sleeping, the sea otters like to rest together in single-sex groups called rafts. A raft can be made from 10 – 100 animals. Sometimes, sea otters hold hands to keep from separating. To keep themselves from drifting into the oceans, the sea otters can anchor themselves in one position by entangling themselves in kelp.

Fish need to be continually moving, to ensure that there is a constant flow of water over their gills, which enables them to survive. Fish can show periods of inactivity, and there are no apparent effects to the deprivation of sleep – so this inactivity is perhaps the fish version of sleep.

There are species of shark that also need to continuously move to breathe. Although, in some species of sharks the brain is not actually needed for them to swim – swimming is reliant on and controlled by the spinal cord. So, it is believed that some of the always-moving sharks may experience rest periods when their brains are less active. Some think that the reason for white sharks facing the current while stationary, is that it allows the water to move over the gills with no effort. There are sharks that can be motionless while sleeping, these sharks have a special apparatus called spiracles. The spiracles force oxygen-rich water through the gill system.

A chimpanzee certainly knows how to make its bed and sleep in it. These beds are normally a bit loftier than ours. Every night chimpanzees climb up trees and curl up in nests they build out of branches and leaves. Sleeping in the treetops gives them protection from night-time predators. It is thought that some early hominids did the same thing in the past. There are cases of chimpanzees not sleeping on the ground, rather than up trees. This is more strongly associated with male behavior – the reason behind this is less well understood, however, ground-sleeping does occur in areas with fewer predators.

It was originally thought that giraffes never used to sleep. This has now been proven false, they do sleep, but for only a small amount of time. During a sleep study, conducted over 152 nights, researchers found that giraffes do sleep, and when they do it is either standing, lying down, or with their faces nestled into their rumps (this is a position mostly used by babies). Adult giraffes rarely sleep more than 5 minutes at a time, and when they do, they are literally sleeping with one eye open.

Timon from the Lion King was a Meerkat – however, instead of hanging around a warthog named Pumba – in the wild, they live in “‘gangs”’ or “‘mobs" of up to 40 individual meerkats. Within these gangs there are several family groups, however, the dominant pair are the ones that produce the most offspring. The gangs tend to sleep in groups, cuddled into each other for warmth in the colder months. The perks of being the dominant pair also translate into sleeping positions, as they are normally in the middle of the pile – therefore further from the danger of predators.

Horses, zebras and elephants can sleep standing up – this is because they are prey animals and need to remain alert and run away quickly. They will lie down when they require REM (rapid eye movement sleep), but this amount is very small so they don’t need to lie down too often. The horses have a musculoskeletal system that allows them to sleep standing upright.

As we know our furry friend, the domestic cat, can sleep for a long time – they can sleep for up to 20 hours in a single 24-hour period. Their sleep is affected by the weather, so on a cold and rainy day, your kitty friend will be found tucked in their bed for a longer period of time. The domestic cats' wild relative, the lion, show the same patterns. Male lions can spend 18 – 20 hours snoozing, while their female counterparts having less time to sleep as they are hunting and taking care of their cubs. Many lions have a post-lunch nap that can last up to 24 hours after a large meal.

Rebecca Corkill, PhD
More from this author >
Advertisement
Chosen for You
Webinar

International Day of LGBTQIA+ People in STEM 2022: An Interview With Dr. Sebastian Groh