Salk Institute scientists have discovered that brain cells called astrocytes initiate communication between pairs of neurons early in development by inducing specific changes in both members of the pair. The work, published in Neuron on October 11, 2017, has important implications for neurodevelopmental disorders such as autism, ADHD and schizophrenia that are thought to result at least partly from faulty communication between neurons.

“When the brain is forming, all the neurons have to make the right connections with each other to function properly,” says Nicola Allen, an assistant professor in Salk’s Molecular Neurobiology Laboratory and senior author of the paper. “But how that happens, and what the molecular signals are in the process, is still something we don’t fully understand.”

Although neurons are the most well known cells in the brain, they make up just half the total number of cells. The other half includes various types of cells, the most abundant of which are astrocytes. In recent years, scientists have learned that astrocytes are necessary for neurons to form active connections with each other across tiny gaps called synapses. But the exact mechanism behind the process has been a mystery—until now. 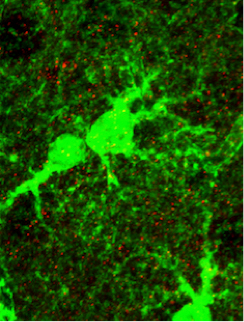 Over the years, various labs identified different proteins that astrocytes secrete which seem to influence neuronal development. But none of the proteins they discovered resulted in functional synapses that promote active communication between neurons. The synapses were essentially silent.

Then, as a postdoctoral researcher, Allen discovered that a protein secreted by astrocytes called glypican 4 somehow induced communication between nearby neurons. With glypican 4 present, neurons sending information (termed “presynaptic”) were partnering effectively with neurons receiving it (“postsynaptic”). The neurons exchange messages in the form of chemicals that travel across the gap, and are received by molecular docking stations on the receiving end, known as “receptors.” What Allen didn’t know was how. Once she established her own lab at Salk, she set out to uncover the details.

Isabella Farhy-Tselnicker, a Salk research associate and the paper’s first author, adds, “Following up on Nicola’s work on glypican 4, I wanted to figure out what happens in the neurons and the synapse to make the synaptic connection. What are the processes? Who are the cells talking to?”

Allen and Farhy-Tselnicker began by treating cultures of neurons with either glypican 4 or another astrocyte-secreted protein called thrombospondin, which induces changes in neurons but doesn’t result in any synaptic communication. The idea was to compare the two sets of cultures and see what was different in the ones treated with glypican 4 that made those neurons able to communicate. 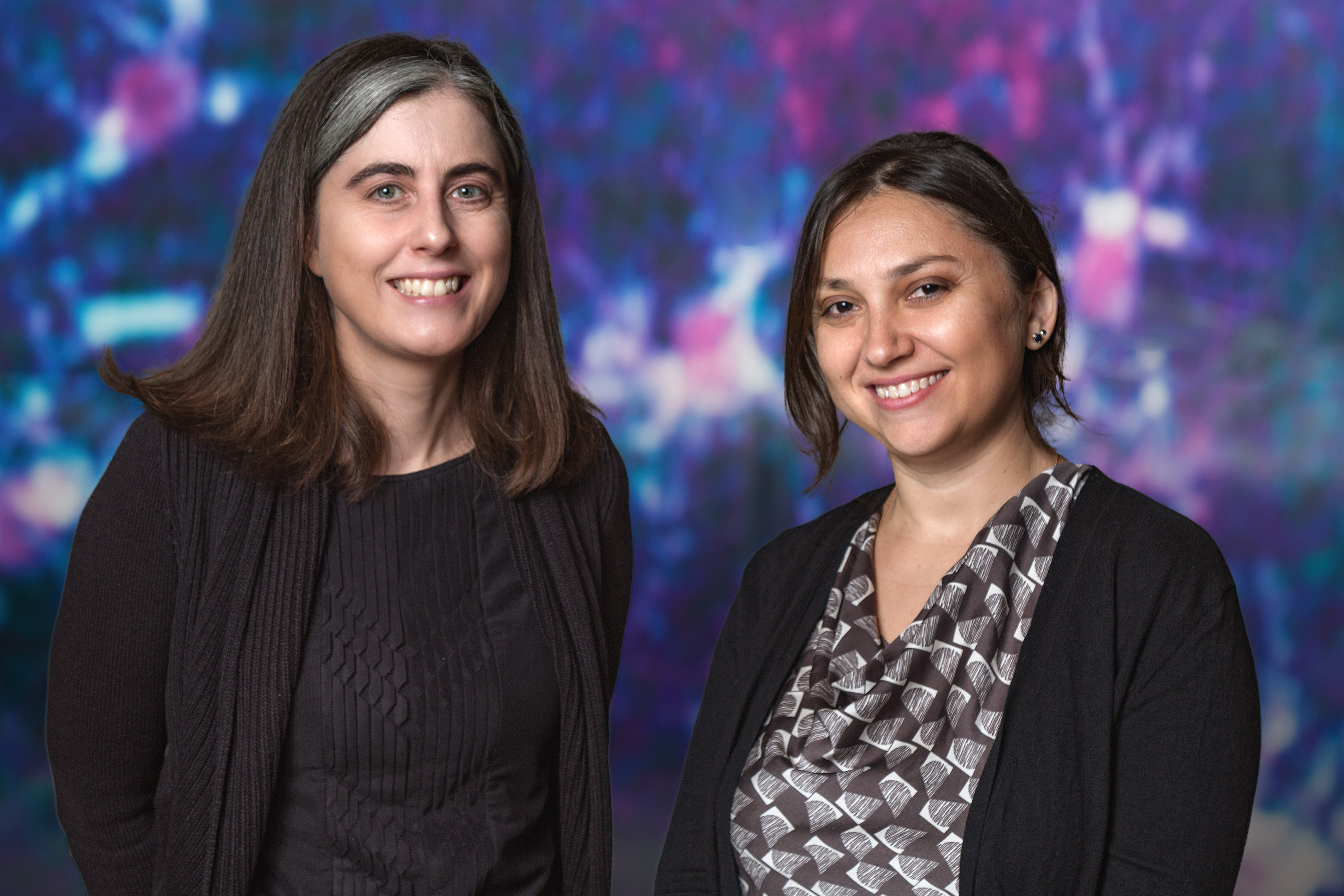 Further experiments revealed that glypican 4 increases the numbers of specific kinds of receptors on the receiving neurons (postsynaptic). Glypican 4 recruits the receptors to the cell surface by inducing the release of a ­­­­­­­protein called neuronal pentraxin 1 (NP1) that directly binds to the receptors. Without NP1 binding to the receptors, Allen and Farhy-Tselnicker found, synapses remained silent. Thus, glypican 4 is needed to make postsynaptic neurons receptive to input, the researchers say.

Other studies have found that NP1 is released by the neurons sending information. So the Salk team also looked into what might be happening on the presynaptic side of the connection. They found that the presynaptic neurons released NP1 specifically in response to glypican 4, meaning that a single protein released by astrocytes is responsible for enabling meaningful connections by acting on both sending and receiving neurons.

“We did not expect to find that a protein secreted by astrocytes would impact neurons on both sides of the synapse,” adds Allen, who holds the Hearst Foundation Development Chair. “Not only does this reveal a more complex role for astrocytes as organizers of active synaptic connections, it also offers an exciting therapeutic target for synaptic dysfunction.

The lab’s future work will explore ways of targeting astrocytes to come up with novel therapies for neurological disorders.